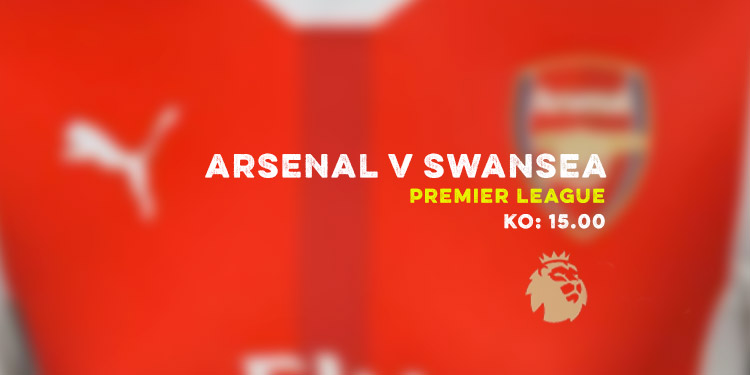 Morning. Sometimes a game is just a game. Sometimes a game has got an added frisson because of an long-standing rivalry, or because their manager is evil and should be shot into space in a rocket filled with highly combustible materials (and a bomb, just to be safe).

It would be reasonable to say that Swansea aren’t our old enemies or anything, but there are a number of things about this game that make today’s fixture a little tricky. First, they have a new man in charge for the first time. Bob Bradley, as Arsene Wenger points out, is a very experienced manager, although new to the Premier League, and it seems to me – from an entirely unresearched point of view – that we’re very often the opposition when a new manager takes over at a club.

It means the opposition players are out to impress their new boss. Maybe they try a little harder, run a little further, track back with a bit more commitment, but it does make things a little more difficult for us. Secondly, we’re facing a former player. We’ve done that many times, but if tomorrow’s headlines read ‘FABIANSKI WONDER DISPLAY TO KEEP GUNNERS AT BAY’, you wouldn’t be in the slightest bit surprised.

Swansea in themselves fit the bill perfectly for the kind of team whose goalkeeper puts in a performance that is Lev Yashin crossed with Dino Zoff crossed with the stretchy guy from the Fantastic Four, and when you add a keeper who had good, and calamitous, moments for us down the years, it’s hard not to worry it’ll be one of those days.

Lastly, and by no means least, Swansea are something of a bogey team for us. The last time we beat them was back in 2011 when a fairly bizarre defensive cock-up presented Andrei Arshavin with a difficult chance that he made look easy. Since then, they have won three and drawn one of the last four games, and generally been a right pain in our arse. Last season the manager described the 2-1 defeat as one of the low points of the campaign.

The previous year Bafetimbi Gomis scored an annoyingly late header, in 2013 Mathieu Flamini’s own goal in the 90th minute made it 2-2, and the season before that one-season wonder Michu scored twice in the last couple of minutes to win it 2-0 for the visitors. All in all, while we’ve obviously got to take responsibility for some pretty dire performances, they’ve been a thorn in our side for quite some time now.

As such, I would very much like it if we could remove that thorn today and give them a right stuffing. I mean, I’d take a scabby 1-0 if that’s what it came down to, but a return to some of the form we showed before the Interlull would be very welcome. Chelsea and Basel were great performances, Burnley not so much, but at home with almost a full squad against a team that have been struggling this season, this is a game that’s set-up nicely for us.

It’ll be interesting to see what kind of team he’ll pick today. If I had to guess it’d be pretty much the same one that played against Burnley. Whether he decides to throw Alexis back into action after his travels is pretty much the only decision I reckon he’ll be thinking about. Olivier Giroud remains sidelined, of course, and he does have Lucas Perez waiting in the wings, but the Chilean is such an important cog in this current attacking machine that I think he’ll prioritise today over a midweek Champions League tie which gives him a bit more scope to change things around.

‘On paper’ it’s a team that should be more than capable of winning the game. ‘On paper’ it looks like it should be a relatively comfortable day, but Bogey team + New manager + Past record + Post-Interlull = Potential Mayhem. Still, as the manager said during the week, this is part and parcel of what we have to deal with:

Maybe the quality of a Premier League team is to be capable of refocusing quickly. That’s what is at stake for us – to show that, despite the interruption, we can restart at the same level we had before.

As I’ve written before, this season feels like where little challenges present themselves and have to be overcome in order for this team to be more and more convincing. Familiar failures, small and not so small, have been part and parcel of our Arsenal lives for the last few years, and today is one of those where we could be throwing our hands up at 5pm and thinking ‘Gah, not again!’

However, if we can find that focus quickly, and perhaps take advantage of the fact the new manager hasn’t had much time to put his plans into place at a new club with a new bunch of players, this is a game that’s there for the taking. Kicking us off into the rest of a month of quite winnable games, let’s hope we can buck the recent trend against Swansea, and heal some of the wounds this fixture has inflicted.

If you’re out and about later, we’ll have live blog coverage of it for you, so you can keep up to date. Check back later for a post with all the details on that.

Finally for today, another chance to listen to this week’s Arsecast. It’s number 400, and it’s the 10th birthday of the podcast too, so there’s a look back at the very first episode, and some bits and pieces from down the years in there too.

Happy listening. By the way, there does appear to be some issue with the podcast not updating in iTunes in certain countries (Australia and Philippines as far as I know), so I’m trying to figure out why that is but I’m almost positive it’s a problem at the Apple end.

Remember though, you can always listen here on site, via our Acast page here (which has all the archives), or via the free Acast app which you can get for iOS and Android.

Right, that’s it, catch you later on for the match.

Last weekend’s starting XI to have a crack at Swansea