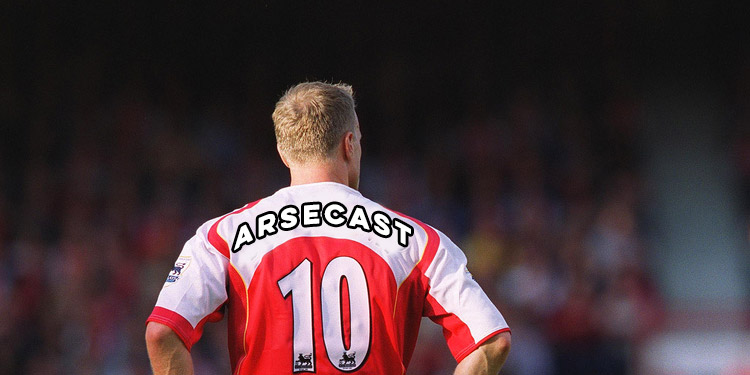 Morning all, rather oddly – considering we’re playing at home on Saturday and we don’t have to travel anywhere – Arsene Wenger’s pre-Swansea press conference took place yesterday.

There’s no weird and scary post-Interlull injury news as far as we know. The manager hadn’t yet seen all the players, but said Mesut Ozil told him he was fully fit. Alexis Sanchez arrived back yesterday, so his readiness for a game at the weekend will have to be assessed, but if you had to put money on him starting you probably would. Fatigue and jet-lag are concepts he simply refuses to accept.

The only issues are with two players who have been out more or less since the start of the season. Aaron Ramsey is not quite ready to make his comeback, having suffered a couple of ‘little, little setbacks’, but Wenger says they’re now putting him through what’s basically a pre-season training regime to ensure that when he does return he’s 100% ready.

It’s a real shame to see an injury sustained on the opening day have such an impact on his season. Especially when, by the manager’s own admission, the Welshman complained of a problem at half-time and was still sent out for the second half. Often the criticism about injuries is a bit misplaced, but for this one we’ve pretty much screwed the pooch and the consequences for Ramsey have been quite severe.

It’s now October, chances are he won’t be back until the end of the month, he’s missed some internationals that he’d have desperately wanted to play in, and when he does come back he’s going to have to work his way into first team action. There’s nothing particularly wrong with that last bit per se, but you could understand if he’s feeling a bit cheesed off by the whole thing.

Meanwhile, Olivier Giroud is in a similar position with a toe injury that still leaves him a couple of weeks away from playing again. While we’re definitely enjoying a new look Arsenal attack with Alexis as the main striker, I think over the course of the season Giroud still has a big role to play. Our new Plan A seems to be working well enough, but having a different kind of option – which the Frenchman certainly provides – is important too.

Wenger also touched on criticism of him from France and Arsenal fans, and while he backed the 30 year old’s character and mental strength, he reminded people that he is, like the Human League sang, only human:

He’s not in metal. He’s as well sensitive but he’s sensitive and strong. Everybody wants to be loved. I’ve never seen anyone who dreams to be hated. But it is to deal with the fact that it doesn’t always go your way that makes a man.

I am an admirer of Giroud because he has gone through some tough times and everybody bounces back. When his back is to the wall, he has an answer every time. When I go into a big game I always know I can rely on him.

Love that line about dreaming to be hated (although I can think of a few examples in the media who thrive on their abject twattery because of their ‘provocative’ opinions that they have for money). I’m happy that there’s something a bit different going on with the attacking side of our game this season. It’s overdue and adds an unpredictability to our football right now. But it doesn’t take long for something new to become routine, and teams will adapt, so having other attacking options is going to be crucial.

Giroud got 20 goals last season, our leading scorer, and while I don’t think he’ll get that many this time around, he’ll still make a decent contribution I reckon. Writing him off just because Alexis is doing well there at the moment seems more than a bit premature to me.

Meanwhile, Wenger expressed some surprise at stories about Hector Bellerin and Man City/Barcelona. Pointing out he’s still got three years left on his current deal, he did admit we’ll try to extend it:

We always try get the players to the level where we think they deserve to be. So we try to extend, certainly, his contract. For me, his long-term future is here. What is important is that a player meets his needs where he is and his values, and I think he integrated very well with the values of our club. He came at a very, very young age of 16. I think he is a real Arsenal player.

I wrote about the importance of keeping Bellerin last week, and obviously nothing has changed since. He is a key component to this team, and as such ensuring his future remains with us is part of what needs to be done when we’re managing the contractual situations. As the manager said though, we have three years on his existing deal, so there’s no huge pressure at this moment in time.

Time now for this week’s Arsecast, and it’s kind of a landmark one. Episode 400 comes almost 10 years to the day since the very first Arsecast, so there’s a bit of a look back with some moments from the last 10 years, a bit of reflection on how much has happened since then, and to talk about the football I welcome back to the very first Arsecast guest, Goodplaya, for a bit of a chat about all that, the Swansea game, and more. This Arsecast is absolutely full to the brim with waffle, usual and unusual. There’s also a nice little competition in there for you too.

There’s also one-day Fantasy Football with FanDuel in which you can win real cash. Sign up with FanDuel use the code ‘ARSEBLOG‘ when you do, you can play for free if you like, but if you want to play for some of the big prizes they’ll refund your entry fee if you lose up to £10. Good luck!

Right, that’s your lot for this morning. Hope you enjoy the podcast, the Gent should be here later with his weekly review, and there’s news throughout the day on Arseblog News.