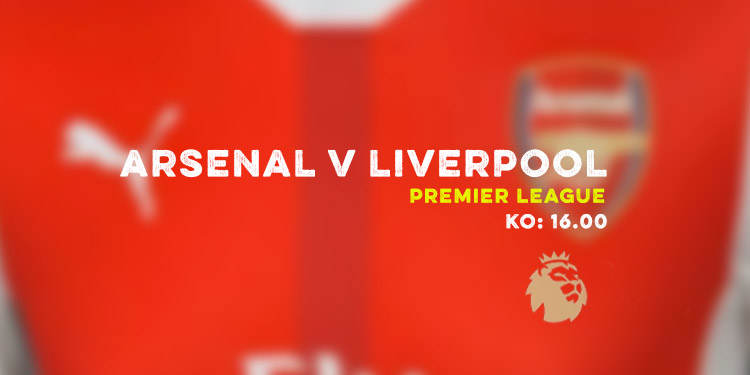 Ok then, are you ready? Because here we go again. Another Premier League season begins and it’s Liverpool at home to start us off. A game I would have preferred a bit later in the campaign to be honest, but it is what it is and we have to get on with it.

It came early last season too, a 0-0 draw at home was the result that day, but today is a fixture over which many questions hang. Not least the issue of who is going to play at centre-half. I know the manager has hinted he’d prepared to play Rob Holding – part of a pretty inexperienced partnership with Calum Chambers – but I do wonder if he might decide to use Nacho Monreal there are play Kieran Gibbs at left back.

It’s not ideal, obviously, but that extra bit of experience might sway him. If he does go with Holding though, it will be a real show of faith in a young man who has never played a Premier League game, alongside another young man who he barely called upon in this position last season. Hopefully they’ll do well together but it is stark evidence that we’ve got to do something in the transfer market as quickly as possible.

Who he chooses at the back will also probably affect who he picks in midfield. If the centre-halves need more protection than they might usually, he could look at making sure we’re particularly solid in there. Either way this is the most interesting part of the team for me and what he does here will be informative.

He’s going to pick three from Granit Xhaka, Mohamed Elneny, Aaron Ramsey, Santi Cazorla and Francis Coquelin. Just thinking about the opposition, I wonder if we’ll see Xhaka and Elneny deep with Cazorla playing in the ‘Ozil’ role, and while we’ve pondered who from Oxlade-Chamberlain, Walcott or Joel Campbell might start on the right, there’s always the possibility of using Ramsey there.

It worked against Liverpool at home the season before last, and with a real need to offset the defensive weakness with stability, the ‘balance’ Wenger often talks about with Ramsey on the right could well be a factor in his decision making. Whatever happens, we have fantastic options in midfield and hopefully that solidity will provide us a platform for the game.

Up front it’s got to be Alexis Sanchez as the striker, I don’t see any other option there. The Chilean has the ingredients to do it all, but obviously the majority of his Arsenal career has been spent in the wide forward positions. Up front he’ll have to maintain a little more positional discipline, but the way he combines with others will be crucial too. We saw against Man City last Sunday that the creative part of his game looks in good shape, so if he can find his shooting boots that would be very timely.

I think it will be Alex Iwobi on the left, and as I said he has plenty to choose from on the right, all of whom give him something slightly different so it really depends on who he fancies most there against a team that are going to be energetic and much more a Jurgen Klopp team than the one we saw last season.

Speaking ahead of the game, Arsene Wenger said:

We are full of hope, full of ambition and we are very focused to start well. I’m very happy with the way we have prepared. I felt the quality of preparation was there, the focus was there, the team spirit is there and the way we want to play football is shared by everybody.

And look, despite the fact we’re light at the back and haven’t signed a forward yet, the excitement at the start of a new season is there. Nothing is a foregone conclusion. While I don’t think there’ll be even a smidgeon of understanding if the result doesn’t go our way, it’s not as if we’re playing the champions with just 13 fit senior players – and Hull showed yesterday that football still comes down to the 11 v 11 on the pitch.

Yes, we’re not as well prepared as we should be – and that’s something the manager and club will have to take responsibility for if it goes wrong – but it’s not as if we we’re having to play a team full of reserves, debutants and ingénues. Last season everyone thought playing West ham in the first game was going to provide us with a handy three points, and look how that played out.

Today there’s much more fear and trepidation, understandably so, but so much of the focus in the build up to this one has been on what we don’t have rather than what we do. It’s up to the players today to prove they have the quality to get the right result.

As always we’ll have plenty of match-day coverage for you. You’ll find team news, match report, player rating, stats and everything else over on Arseblog News.

At this point I’m not sure if we’re going to have a live blog, we’ve had a bit of a problem with the server that deals with all that and the comments here on the main blog. We’re doing our best to get it sorted asap, but I’m not sure exactly when that’s going to get fixed. Apologies for the inconvenience – but how very Arsenal, on the dawn of a new season we pick up a serious injury with no back-up!

Right, now we just have to wait until 4pm – feel free to have a listen to this week’s Arsecast to help pass some of the time – but football is back.

Liverpool preview: Defensive injuries a worry and may influence our attack