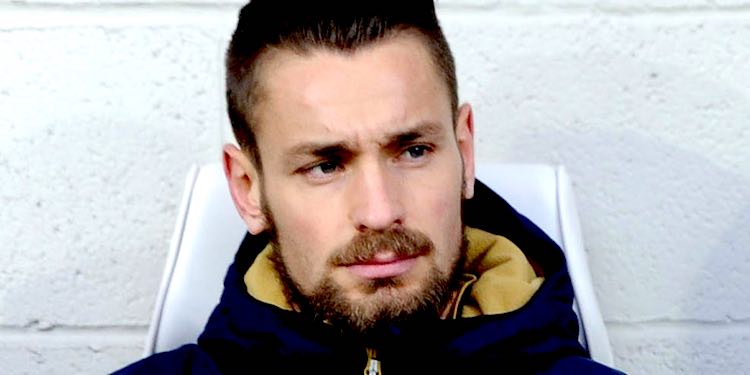 Once more unto the Interlull, dear friends, once more. That’s what Henry V said when another international break came rumbling around. It’s one of those things we always complain about; the season has just begun when the brakes are put on and the players go off to play for their countries.

Speaking after the win over Watford, Arsene Wenger said the fact that certain players weren’t at 100% yet meant that ‘… for us the break is not welcome.’

I’m not so sure. I know that when you’ve just won the last thing you need is to stop and have to get going again, you want the next game to come quickly, but maybe it’s not the worst thing in the world this time around. Assuming everyone comes through it fit and without injury, the training and the games will help sharpen match fitness, so they’ll be more ready by the time they come back. The other thing is that it allows us to finalise our squad for the rest of the season.

The transfer deadline is Wednesday evening at 11pm, so by then we’ll know exactly what the make up of the squad is. The signings of Shkodran Mustafi and Lucas Perez are expected to be finalised by tomorrow at the latest, and in terms of arrivals that seems to be that with Arsene Wenger saying of further signings:

I don’t think so. First, we have a very big squad now. We have spent a lot of money now, and we had to work very hard to get these two signings done. We have no plans for anybody else now.

Perez will come in straight away and train with the few who are not away. I think I read somewhere that he speaks some English, I’m not sure how well, while Mustafi is on duty with Germany. I saw an interview with him yesterday and he speaks perfect English, having spent a few years at Everton as a teenager, so hopefully their adaptation will be relatively seamless – bar the whole moving your entire life to a new country thing. But I’m sure they’ll have lots of help if they need it.

The other side of the coin is who might go out. The manager has already suggested that Calum Chambers could go on loan, with links to Hull City, Middlesbrough and some clubs abroad. The future of Mathieu Debuchy is very much up in the air too. The French international hasn’t made the squad for any of the games yet this season, and if he was unhappy being on the bench last season, he’s probably even less so this time around.

The only thing that might give Wenger some pause for thought is who exactly will play back-up to Hector Bellerin. We do have Carl Jenkinson, but he’s making his way back from a cruciate knee ligament injury and is still a little way from being ready to play. If we let go the two players who ostensibly provide that back-up now, we are taking a bit of a risk on Hector staying fit and available. I don’t think there’s anyone at youth level ready to make a step-up either, so it’ll be interesting to see what the manager does here.

Might there be any other departures? I guess we’ll have to just wait and see. We seem to have a lot of depth in that central midfield area, and keeping all those players happy is going to be something of a challenge. Given the way we pick up injuries in there though, I think we’d be well advised to maintain those numbers and let competition work things out. We can reassess in January if we need to. Elsewhere, it’s crowded enough up front that you might see Chuba Akpom get another loan deal, as he looks to continue his development. We’ll see how it all pans out.

Going back to Mustafi, he’s told Sky Sports in Germany how Mesut Ozil played a role in his arrival at the club:

I spoke with Mesut and he told me everything. How the club is, how its run. Everything he said was very positive, and I was quickly convinced since I find the club awesome.

He pretty much provided Arsene Wenger with a tap-in there. I did like how the manager said Rob Holding’s performances meant the other central defenders would have to ‘fight’ for their place in the team. At £30m+ the new German is obviously going to be high up the pecking order and it’ll be interesting to see how he gels with Laurent Koscielny in particular. They’re both quick aggressive defenders, and with someone like Xhaka pulling strings from deep in the midfield, it’ll be interesting to see how transformative it makes our football in the coming months.

In international news Theo Walcott has made Sam Allardyce’s first England squad (along with Michail Antonio?!), but there’s no room at the Walrus Inn for Alex Oxlade-Chamberlain or Jack Wilshere. To be fair, Walcott has started this season well, with a goal and an assist to his name, whereas it feels as if the other two still have something to prove for their clubs before they play for their country.

I’m a bit worried about the Ox now. Despite his goal against Liverpool he looked a bit off the pace against Watford, while Jack has to just stay fit for a while and make a mark when he’s given his chances. It has to be fitness first though, because without that he’s never going to play to his full potential, so perhaps not having the distraction of England is a good thing. Let’s see.

Right, that’s about that. James and I will be here with an Arsecast Extra later on. If you have questions or topics for discussion, please send to @gunnerblog and @arseblog on Twitter with the hashtag #arsecastextra and we’ll get to as many of them as we can. That’ll be available for you around lunchtime.

Until then have a good one.