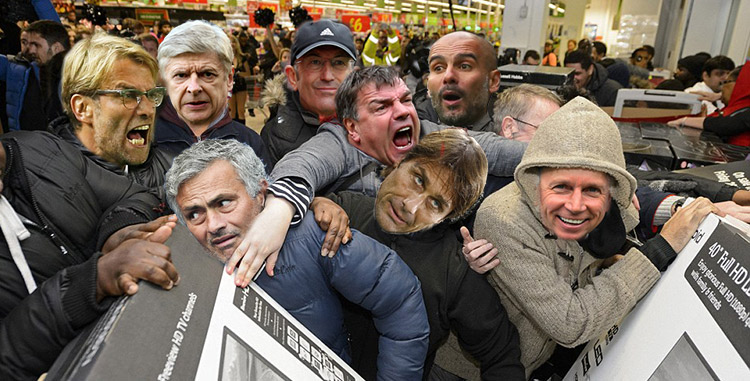 Football is strange sometimes. Portugal are through the semi-finals of the European Championships having not won a single game in 90 minutes since the tournament began. Poland, meanwhile, are out having never been behind in a game.

Penalties sorted out the winner and loser last night. Portugal’s were good, Poland’s were good apart from that one guy whose run-up was unconvincing and the keeper telegraphed where he was going to put it. This means that Pepe and Ronaldo are happy this morning, just another thing we have to live with as we get on with the daily struggle, but there you go. Nobody ever said life was fair.

I didn’t see anything apart from the penalties really, but the BBC described the game as ‘dour and conservative’, which sort of fits into these Euros. The moments that have lit up the tournament, like Iceland winning games and making progress, have masked the fact that in generally this has been a very average European Championships.

There’s no team that genuinely stands out as excellent, although you could perhaps make a case for Italy’s cohesion and organisation. I think even that’s a stretch though. Nobody has set the world on fire with quality performances from the start, the majority of the games have been pretty dull, the technical quality on display isn’t much to write home about, and there have been few individuals to have lit up the tournament thus far.

Antoine Griezmann has been good and decisive for France, maybe Bale for Wales, but for the most part Europe’s vast array of glittering talent has been disappointing. Hopefully things will pick up over the next few games, but my feeling is that a 24 team competition is too big, too bloated, and that when it comes right down to it it’s more evidence that club football trumps international in terms of consistency and quality.

This evening it’s Wales v Belgium, Arsenal interest in that one via Aaron Ramsey. Hopefully it’ll be a good game, it has the potential to be that, but we’ll have to wait and see. My bet today is Ramsey to score and Belgium to win, I think they probably have a bit more quality going forward than the Welsh, but obviously the threat of Bale gives them something to think about.

Elsewhere, Alexis Sanchez – whose ankle took a crunching in the final of the Copa America last weekend – has posted another picture on Twitter. It’s getting better, he says. Ouch.

He also says he’s bored on his holidays which, going by his Instagram, is in New York. So, I would advise any local Gooners to keep an eye for him deciding he’s had enough of this nonsensical ‘rest’ and this stupid ‘recuperation’, before sprinting from the Staten Island ferry to Harlem. If you see him, stop him at once, and make him sit down. He may resist and is quite powerful, but do your best. That’s all we can ask.

There’s not a lot else going on this morning. If you’d like to read a bit about strikers and what kind of striker we could be getting this summer, Tim Stillman’s column this week looks at exactly that. I’ve long felt that Arsene Wenger’s preferred option would be to find a player who can, in time, develop into the kind of top class striker we look enviously at as they bang them in at other clubs.

The problem with that, however, is that when you need more goals in the short-term, signing a player who needs time doesn’t immediately solve that. He may need a season or two to really find his feet and reach his peak, but Arsenal still need to win games. So, the solution as I would see it is to choose the ‘young talent’ option – assuming you can identify a player with that potential – and combine with the purchase of a goalscoring wide midfielder.

Even with all the cash we have at our disposal, and with the market as crazy as it is, I still can’t see Arsene Wenger spending £50m+ on Gonzalo Higuain, for example. I could be wrong, but I doubt that’s the kind of move he’d make. I think he’d prefer to spend some on that young striker and some more on a wide player – a Mahrez, a Fekir, a Draxler, for example – who can pick up some of the goalscoring slack from midfield.

Time will tell, I guess, but as it’s July 1st the transfer window is officially opening. LET THE STAMPEDE BEGIN … in an orderly fashion, please. We don’t need anyone to get hurt.

Finally for today. Congratulations to Manchester United who, having made Jose Mourinho manager, look to have added Zlatan Ibrahimovic to their squad for next season. After a couple of seasons in the doldrums, their commitment to becoming the club that everybody truly hates once more is quite outstanding. All that’s left is for them to release a new anthem written, composed and sung by Phil Collins and Boris Johnson.