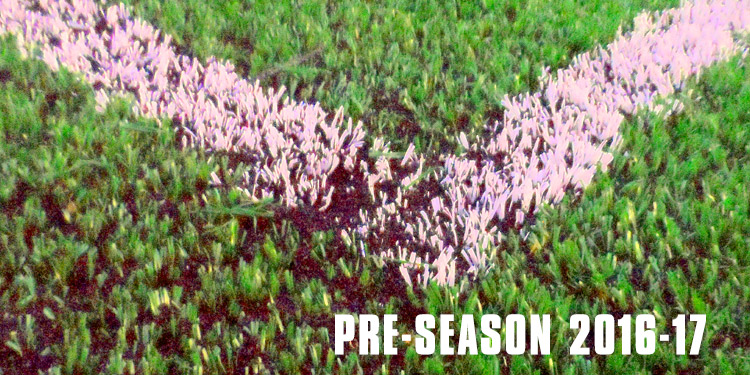 Good morning. I could be wrong here, but various players Tweeting that they were on their way back to England over the last couple of days suggests that pre-season training is about to begin.

Given that there is an ongoing European Championships, and there has been a Copa America, the return of some will be staggered over the next month and possibly into August, depending on what happens this week. There’s guaranteed Arsenal interest in the final from one side of the draw. It will either be one of our first choice-centre halves and, as it stands, our only centre-forward if Laurent Koscielny and Olivier Giroud make it with France; or it’ll be our chief playmaker if Mesut Ozil gets there with Germany.

If Wales beat Portugal, then Aaron Ramsey will join the party too, so while things are quiet enough right now in terms of our transfer activity, you would hope that we’re preparing to be without important players for most of July and our pre-season preparations. Their readiness for the the start of the new season is something else we’ll have to contend with.

If we haven’t yet learned that players absolutely, unquestionably, 100% need a period of rest and recuperation after a long season and an international tournament, then there’s something very wrong. We also have to be aware that winning or losing a final can produce a bit of a hangover, it might take those involved some time to be properly match-fit and focused after the high/low of the European Championship stage.

When you look at that list of players, there are a few that stick out very obviously as potential departures for one reason or another. Whether on a permanent basis, or on loan, there are definitely some names there that in all likelihood won’t be part of the squad once the season really gets going.

Meanwhile someone like Jack Wilshere, for example, should probably come straight back in despite having been away for England. In reality he really shouldn’t have been selected by Roy Hodgson, having played so little last season, but from a purely Arsenal point of view we can look at it as an early start to his preparations for the new season.

This is a season in which he’s got something to prove. First and foremost, his fitness: playing just 141 minutes of the 4680 Arsenal were involved in last season means he’s got to show that he can be available and ready. After that he has to fight his way into a midfield where it’s difficult to know exactly where he fits. Some of that is on the manager, of course, we kinda have that same issue with the much more available Aaron Ramsey, but Wilshere almost has to prove himself again – which at nearly 25 says a lot about the way his career has gone thus far.

Still, he looks keen, nothing says you’re focused on a new season like doing pull-ups in the shower:

What's done is done, all I can do now is prepare for next season the best I can! ⚽️❤️ pic.twitter.com/ehXuBd7PUS

I really hope he can stay fit and find some form because as much as our striking issues caused us problems last season, so too did our midfield. Wenger has addressed some of that with the purchase of Granit Xhaka, but if Wilshere can remain injury free he will undoubtedly make midfield a more competitive place, and when he is fit he has qualities that are very useful indeed. Fingers crossed for him and us.

For another midfielder though, it looks like it’s another loan spell away from the club. You’d have to ask what more Jon Toral could have done to force his way into the manager’s reckoning after his loan spell at Birmingham. He was named Supporter’s Player of the Season, won goal of the season, and was the Players Player of the Year for the quality and consistency of his performances. However, it seems he’s likely to spend the season on loan in La Liga with CF Granada.

He’s clearly a young man of some potential, but he’s also looking for a place in midfield ahead of Xhaka, Coquelin, Ramsey, Cazorla, Elneny, Wilshere, Oxlade-Chamberlain and Ozil. It’s a crowded place in there. Another loan spell with just 12 months left on his current deal would suggest that he’ll be a free agent at the end of it, unless we can convince him to sign new terms before his departure. We’ll see what happens there.

Not a lot else going on this morning, so a reminder to check out this week’s Arsecast Extra in which we discuss the signing of Japan international Takuma Asano, the Arsenal players at the Euros, transfers and loads more. Listen below:

And that’s it from me for a little while. I’m off on holidays to read books and do as much nothing as possible before a new season begins. Tom will be here to provide all your blogging needs, and normal service will continue over on Arseblog News where stories of our new striker and other exciting new players will be found.

Estrella and churros for breakfast. See you in a week or so.