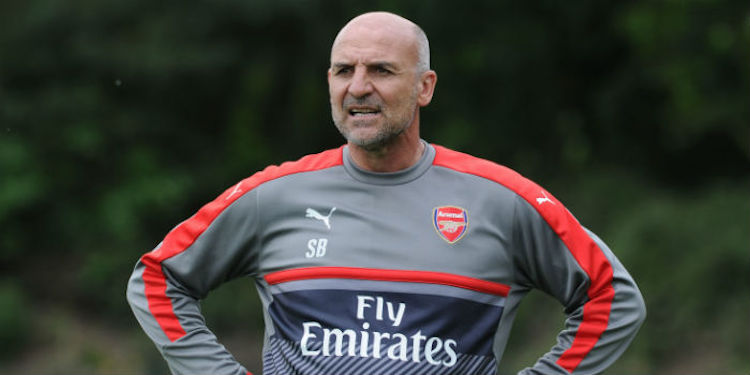 A very early good morning from a bright and sunny East Lothian, and hello from me, Tom, as Blogs abandons us to our fate and indulges in holidays in Europe on his shiny, firmly in-the-EU Irish passport without a care in the world. I’m just sorry for him that Spain aren’t still in the Euros, because being over there for the climax of the tournament were they still involved would’ve been really fun, wouldn’t it? Tragic for him, I’m sure you’ll agree. Still, I’m sure the beer for breakfast, sunshine, and generally lazing about will more than make up for it. And, you know, I suppose there’ll still be the football without Spanish involvement.

It’s been, ooh, almost exactly a year since I last had the pleasure of your company, and some big things have happened, haven’t they? Some good (some very good; more on that another day, perhaps), some perhaps not quite so good. I think the highlight – certainly from a footballing point of view – remains the absolutely hilarious way Sp*rs totally Sp*rsed it up. Only they could do that. Like, really, only they could’ve done that. I secretly harbored hopes that they’d get docked points for that outrageous, brilliant game at Chelsea when they completely lost the plot, but in the end they chose an even more humiliating way to end their challenge – and their hopes for at least the runners up spot – by falling on their own sword. Seriously, only them. And God love them for it. Or, you know, not. But, yeah, still chuckling, even now.

That being said, in a season where the other teams you’d expect to challenge for the title were also mostly AWOL, perhaps only the Arsenal could’ve contrived to have come second to a billion-to-one Leicester City (I realise it wasn’t quite a billion-to-one; I’m not a betting man, but even I’d have put a quid on those odds). I’m not denigrating their achievement in any way whatsoever – many, many congratulations to them, in fact – but of all the seasons for us to fail to maintain a consistent challenge in the absence of the usual suspects, that one really had to be it, didn’t it? Didn’t it? Well no, it didn’t, but it that’s what happened – and more than enough has been written here and elsewhere about it already, so I won’t harp on.

First up today, some photos of some of our players running about a bit, to coin a phrase from an old chum, demonstrating that pre-season is very much underway for those players that weren’t/aren’t still away with their national teams for the international tournaments currently underway or recently finished. I particularly like the picture of Steve Bould, who never looks like a man you’d be particularly inclined to argue with, no matter how much you disagreed with him, but in this particular photo, the caption definitely feels appropriate. I’m not sure it’s disbelief, shock, or confusion, but he certainly looks…vexed. Yes, vexed.

Perhaps he’s just heard the news that it is indeed true that Arsene has decided that Yaya Sanogo is going to be our starting centre forward for the new season, and that we’ve re-signed Pascal Cygan as our leading centre half. And not the brilliant – some would say mercurial – Cygan of old. Actual, 42 year old Pascal Cyan now, whose Wikipedia page says his preferred position was centre half but that “he could also play at left back”. There may well be one or two Arsenal fans that might take issue with the idea that he could play either of those positions with any great competence, but those are old arguments (and remember that goal against Everton). Time to get used to the new-new, Steve. Pascal at centre half again! Oh yeah!*

Next up, our latest new signing, the first of which I’m quite sure there are going to be a great deal (I really hope “great deal” either does, or doesn’t come to define him, regardless of how things go), Takuma Asano, who says that he’s very happy to have a chance to play overseas. I’m sure that’s a sentiment echoed by most Arsenal fans. I’m just not entirely sure that they would necessarily prefer that “overseas” meant England. For Arsenal. Anyway, you know, let’s give him a fair go and see how he gets on. You just never know. As mentioned in the article over on Arseblog News, it seems most likely that he’ll go out on loan and get the playing experience that he needs to make a positive impact. It seems a few German clubs are interested in taking him, so let’s hope we can find a mutually suitable arrangement and he does indeed turn out to be the eager, speedy, aggressive striker he believes he can be.

And in fairness to him, coming over from Japan is a bold move. I’ve never been fortunate enough to visit Japan, but having the courage to take on a challenge in a culture quite so alien is something I think few of us could confidently say we’d be willing and able to do, even if a footballer’s salary might cushion the blow somewhat (not that I imagine he’s on even remotely the same sort of salary many of our players are). Fingers crossed for him.

Finally for today, Arsene Wenger has revealed his concerns about what Brexit might mean for the Premier League, saying:

The players are going to see their salaries drop a little bit and the competition with Germany, for example, is going to be stronger.

But that’s part of the risks of the profession and that worries me less.

I have to confess the implications of Brexit on football is something I’ve wondered about too. Not so much Arsene’s reported thoughts about the relative value of sterling (not that Sterling, who was laughably overpriced), which I admit I hadn’t really considered, but more the potential impact on a post-Brexit Premier League if free movement of people among the UK and EU countries ends. If that ends up happening to the UK, might that affect English clubs’ ability to sign EU nationals? Will players from the EU need visas in the same way players from South America do, for example? Will those players need to be “special talents”, or have received a certain number of caps from their country before they’re able to move to English clubs? Questions for minds brighter than mine, I expect, certainly at this time in the morning – or possibly non-issues at all. I suppose it all depends what happens during the negotiations of the UK’s exit and the terms that are eventually reached.

Anyway, one for the arses. Perhaps it’s simply not an issue – and I certainly don’t intend to turn this into Arseblog: Politics Edition in Blogger’s absence!

And in today’s transfer rumours, Lyon striker Lacazette’s name continues to be be bandied about by a few sites. The figure quoted is £34m. I don’t really have anything to add to that one, except, you know, were I Arsene Wenger, and in case anyone is in any doubt, I’m not (probably), buying a striker would be something I’d be considering.

That’s all from me today. Keep up to date with events over on Arseblog News, I shall be wishing Wales good luck in tonight’s game largely because “Cristiano”, but also Aaron Ramsey and it’s a wonderful story, and I shall be back with more stuff and nonsense tomorrow. Until then.

*Some artistic license may have been used in this paragraph. Possibly.