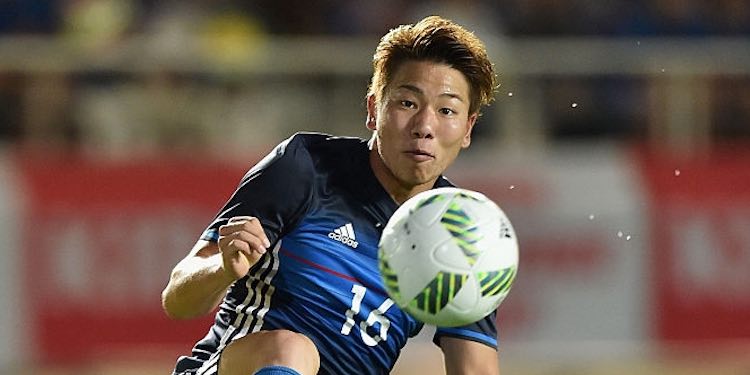 Howdy, it’s a busy morning so let’s get right into it. We should start with the fact we’ve made our second signing of the summer, bringing in Japan international Takuma Asano from Sanfrecce Hiroshima.

I can’t pretend to know a thing about him, other than he’s 21 and will likely be part of Japan’s squad for the Olympics in Rio, so we can get our first look at him then. Arsene Wenger says:

Takuma is a talented young striker and very much one for the future. He has had an impressive start to his career in Japan and we look forward to him developing over the next couple of years.

I think the key words there are: very much one for the future. If anyone thinks that this is where we’ve turned our attention because we didn’t get Jamie Vardy, or that this is who the manager sees as the best striker we can get, is just looking for something to complain about. The likelihood is, unless he’s granted an exceptional talent visa, that he’s going to be loaned out somewhere until such time as he’s played enough internationals for Japan to qualify for a visa on that basis.

It might be one season, it might be two. And even at that point he might not have developed sufficiently to make the grade, so this is the kind of signing lots of clubs make. A gamble on potential and talent, maybe he’ll come good and turn out to be a bargain, and maybe not. Here’s a video of him to whet your appetite.

Can we also please put the idea that he’s been bought so we can sell shirts in Japan to one side? It may well increase our presence there from a marketing point of view, but does anyone really a think a man like Arsene Wenger – criticised roundly for not being willing to spend money – would buy a player on that basis? The deals clubs do with their kit manufacturers now mean that what they earn from shirt sales is very small, so it’s just daft to suggest that we’d spend money in this way or for that reason only, because it doesn’t even make sense financially.

This idea only seems to apply to players from Asia too, as if people in those countries have nothing better to do with their money than go out and buy a football shirt because one of their compatriots has joined a football club on the other side of the world. Patronising? For sure.

Of course most people can see this signing for what it is. We’ve identified a 21 year old with some talent and have taken a relatively cheap punt on it. Nevertheless, there was a lot of anger about it all yesterday: and look – if Takuma Asano is the only forward we sign this summer, I’ll provide the pitchforks and the Molotov cocktails when the revolution takes place. But I very much doubt that’s the case.

You don’t target one of the top scorers in the Premier League then decide you’ll make do with a Japanese international who is probably not even ready for this level of football yet. I do get frustration when people see other clubs make signings, but the transfer window has just opened. I don’t know who we’re going to sign, or who we’ve got our eye on, but signing Asano still does not address our need to improve our forward options for the new season – and the manager knows that as well as anyone.

There’s still plenty of time to do what we need to do there, but let’s hope that whatever they are planning has a more successful outcome than the pursuit of Vardy. I go back something I said on the Arsecast Extra the other week, I don’t think they really considered the idea that he might decide to stay at Leicester, especially having been given the wink and come-on from him before that, so we’ve probably had to go back to the drawing board a bit. Anyway, we’ll see what they come up with.

Meanwhile, there’s a striker at the European Championships who looks quite good. A chap by the name of Olivier Giroud, not sure if you’ve heard of him. In seriousness though, he scored twice as France beat Iceland 5-2 last night. The dream is over for our midnight golfing chums, but what a ride it’s been. As for Giroud, I was a little aggrieved as I had money on him to score a hat-trick, but as he was on a yellow card and bookings are wiped after the quarter-finals it was a sensible move, I guess.

For Giroud scoring those goals, and perhaps winning over some of the French doubters who gave him so much stick in the build-up to the Euros, will do him good. He played a significant role in the win over Ireland, and his confidence will be high going into the game against Germany. And ultimately that’s good for us. I suppose what we do have to watch, and again this comes back to our pursuit of another forward, is the fact that as he goes deeper into the tournament, the later his arrival back from his holidays will be, so we’ll have to be prepared for that.

With Danny Welbeck injured, Alexis’ ankle the size of a beachball, and Theo Walcott not being a centre-forward, we can’t go into a new season without that striking role filled by somebody who is ready to go from the off. Over to you, Arsene and Ivan and Dick.

Finally for today, Mikel Arteta has announced that he’ll be joining Man City to be part of Pep Guardiola’s coaching staff. After 5 years working with Arsene Wenger, to continue your footballing education under a coach like Guardiola is a fantastic opportunity, and I don’t think anyone in their right mind could blame him for taking it. It’s always difficult to know how a player will fare when he hangs up his boots and moves into management, but there’s an intelligence about Arteta that makes him one to keep an eye on, for sure.

It’s obviously too early to say what his managerial career may bring, but building his football philosophy on a platform of Barcelona, where he began his career, Arsene Wenger and Pep Guardiola is a fairly delicious cocktail. Maybe one day he’ll be back with all that in tow. Good luck to him there, except for twice a season, and in any other game in which a defeat for them might benefit us.

Right, that’s your lot. James and I will be recording the Arsecast Extra early this morning, so if you have any questions or topics for discussion, please send to @gunnerblog and @arseblog with the hashtag #arsecastextra. We should have that for you mid-morning.