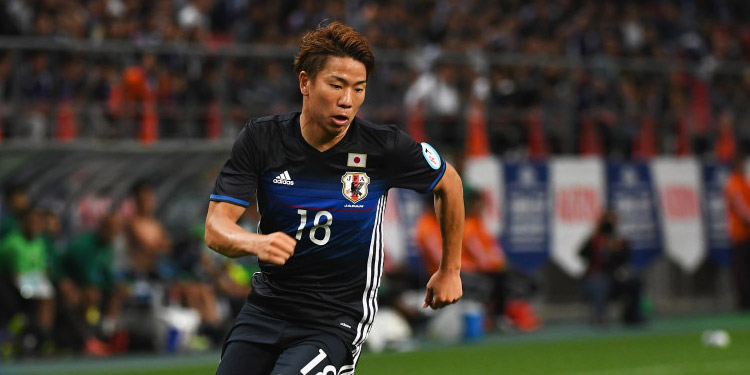 Happy Thursday folks. We do have the Euros kicking off again today, more on that anon, but even though as a tournament it’s been pretty average in general – unless you’re Iceland – it has, at least, given us something to watch and talk about on a daily basis.

I think it would have been very, very quiet otherwise. Maybe there would have been more transfer activity in general, but otherwise there’s been not much very going on. Speaking of transfers, we all know Arsenal are in need of a striker. A goalscorer of ruthless efficiency. A fox who, if you had to put him in a receptacle of some kind, would be placed very firmly in the box.

We know Arsene Wenger is looking using his special app, and the usual suspects are going for crazy money. Marseille’s Belgian international, Michy Batshuayi, is heading for Chelsea for €40m+, off the back of a 21 goal season in Ligue 1. Lots of potential but remember when €40m would buy you established top-level talent? Not any more.

I mean, does anything sum up the inflated, bloated Premier League transfer market better than this?

Yet as ludicrous as it seems, this is the market. West Ham and Crystal Palace were bidding close to €40m for Batshuayi, and while they obviously benefited from the influx of TV cash, neither of them have been sitting on the biggest cash reserves in world football. Nobody should worry about our ability to spend the money it’d take to get players this summer, only our inclination to do so.

If West Ham, Leicester and Palace can countenance €40m purchases, prices above and beyond that are well within our reach. Which is good, because with all due respect to Troy Deeney who seems like a nice chap and a decent enough footballer, if you want a genuinely top class player you are going to have to pay plenty to get him.

Which is why it’s the most Arsenal thing of all time that yesterday we were linked to a Japan international named Takuma Asano who, apparently, has an offer from us to consider. He’s quoted as saying:

I was a little stunned. But I feel like I have the confidence to succeed wherever I go. And if I go, I do have an idea of what it would be like … If I am loaned elsewhere, my take on it is that I give it 100 percent.

He 21 years old, plays for current J-League champions Sanfrecce Hiroshima and is likely to be part of the Japan squad for the Rio Olympics. I know pretty much nothing about him, other than he has a fairly unique goal celebration. We’ve seen the robot, the knee slide, the rock the baby, the sniff the line, the terrible tumble and gun salute, the dive and all the rest, but I don’t think we’ve ever seen the ‘Grope a giant’s boobs’ one:

All i can tell about Asano Takuma is he celebrates goals like this. pic.twitter.com/WYfolxUg1k

Still, before people lose their minds over something that hasn’t happened yet, if this does go through and we end up loaning him out so he can develop as a player or play enough internationals to get a work permit, it doesn’t mean that our work in the striker department is done. This is one of those deals Arsene Wenger does, a relatively cheap punt – maybe it’ll come off and maybe it won’t (they usually don’t) – but our needs are much more short-term and he knows that too.

No doubt people will say this is a purchase designed to sell shirts, as if each shirt was made of solid gold and made us a fortune. When you take the price of a transfer, the cost of paying a player of the duration of his contract and everything else, you’d need to sell about a bazillion shirts to even start seeing a profit. Still, someone will say it.

Meanwhile, there’s been a bit more on the Lacazette link with the manager refusing to be drawn into a discussion about him other than to say he’s a player he likes. On the basis of Batshuayi costing €40m at 22 after a 21 goal season, how much do we add on for a 25 year old whose last three seasons have seen him score 23, 29 and 18 goals respectively? €10m? €15m? Who can say in this crazy market?!

I’m genuinely interested to see what we do about the striker thing. Do we go big on a player in that bracket below the truly top level, or find someone bubbling under? A gamble on potential, or all in on someone established? Time will tell.

I get the feeling we’re very much in the calm before the storm territory right now. Not just from an Arsenal point of view, but the transfer market in general. It’s on hold because of the Euros, but as teams depart and pre-season training looms – it’s not far away now at all for those who have had their holidays since the end of the season – things will start to ramp up. Hopefully we’re as active as we’d like, but once things start moving there’s going to be some serious cash splashed by Premier League clubs.

Right, later on it’s Portugal v Poland in the first quarter-final of the European Championships. There’s something a bit jammy about Portugal, they’re not very good but things have sort of gone their way, so I’m going for them to win in extra-time tonight.

More on that and whatever else crops up tomorrow. Have a good one.