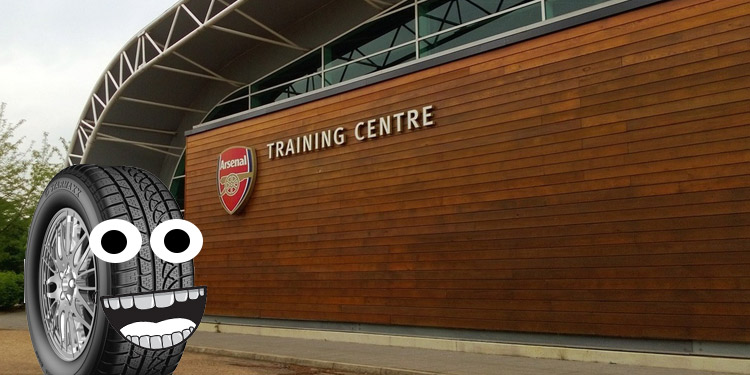 A lot can happen in a week without very much happening at all, eh? It’s quite strange. From the beginning of the week where Jamie Vardy looked like a foregone conclusion to now, where he’s apparently 80% likely to stay at Leicester, the landscape has shifted but very little has actually happened.

If anything, Vardy’s decision to delay his decision hasn’t taken the spotlight off him. It’s turned it up full blast because right now he’s the only show in town. You might wonder if that was deliberate in some way. Maybe that’s being a bit too cynical but it would certainly add another chapter to ‘his’ upcoming book, wouldn’t it?

Despite the frustration of it from an Arsenal point of view, there is something interesting about the whole thing. I know some would take rejection from Vardy as some kind of embarrassment to the club, but I don’t look at it that way. If someone doesn’t want to join Arsenal, that’s fine, and if his decision is to stay and sign a new deal at Leicester, it’s to be admired in some ways.

How many times have we urged players to stay because they ‘got it’, they understood what it was to ‘be Arsenal’, because they had a connection with the club and the fans? How many times did those players actually stay? So if Vardy decides to stay at Leicester because he loves it there – and because he’s been offered a new bumper contract that will give him real security at 29 years of age – how can we be critical of that?

The interesting thing though is imagine if we’d tried to buy Leicester’s best striker two seasons ago. I think it’s fair to say the deal would have been done and dusted by now. While some of the current situation is down to the fact that they won the title last season, it’s got more to do with the finances that Premier League clubs have. Last season we spoke about the equalisation of talent being a good thing because it made the football more competitive.

If teams can buy better quality players then that makes those teams better. The traditional big boys no longer just have to turn up to win games against those further down the table, a lesson we should have already learned in fairness, and when you look at the table and the results this season that’s been obvious.

It would also have been a case that not too long ago Leicester would have had a difficult time turning down a £20-£25m bid for one of their players. Clubs are now cash rich like never before, and that allows them not only to knock back offers, but to counter them and discuss new terms with players who, as much as we like to think will be driven by ambition, are careerists at the end of it all.

They know that they have a short lifespan when it comes to their playing days, and whether you like it or not, maximising your earnings over the course of your career is an important consideration. So is winning stuff and being successful, but so too is money. I’m sure Vardy’s decision is more nuanced than that, but there’s no doubt the increased TV money has changed the complexion of doing transfers between Premier League clubs.

Also, just to clarify something I mentioned about all our striking eggs being in Vardy’s basket right now. It doesn’t mean that we don’t have other strikers on a list somewhere – I’m sure we do, although I have no idea who they might be. The chatter about players like Morata always felt like something of a smokescreen, which seems to have been the case as the Vardy stuff came out of nowhere with nobody talking about it.

It’s just that for obvious reasons he is the only striker we’re actively pursuing right now. You don’t go a long way down the road for a player while throwing bids around to other clubs. Of course we have to have alternatives and we have to ready to move on them if we fail to get our main target, but we made a decision to go for Vardy and here we are. My gut feeling on this, by the way, is that I think he’ll sign for us. My gut is often a stupid twat though, so don’t come running to blame Gutsy if it all goes pear-shaped.

If you care to read more about our pursuit of a new striker, that’s what Tim Stillman’s column this week is all about. It’s kinda why, even if this deal doesn’t come off, I’m still confident that we’ll get someone in. It’s an absolute necessity ahead of next season. Right now we’re like a car driving with a flat tyre. You can chug along but to really get going you need to get a new one.

So, go out there and bring in Bob Michelin, or Paddy Bridgestone, or Jean-Pierre Goodyear. I think that pretty much solves our striking problems right there.

Euro 2016 starts tonight, France v Romania. I’m definitely having a couple of quid on Olivier Giroud for the first goal. Surely the odds are so long I would become a millionaire with a piffling bet. See you suckers in the morning while I blog from my yacht.

Which Striker? (Guide to the Galaxy)

Arsenal ‘pursuing other options’ + Giroud and Xhaka get it on