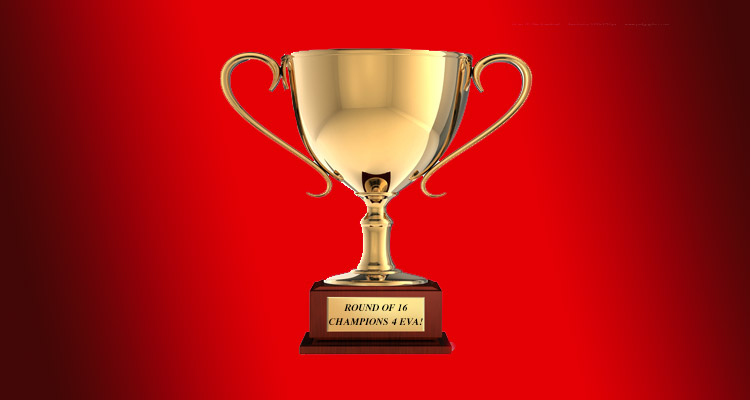 You know what we need? Another think-piece about where everything’s gone wrong. I don’t think we’ve had enough of those over the last little while.

Or, you know, maybe not.

I watched some Champions League last night. Man City v PSG. Man, it was dull. PSG were awful, and Zlatan, well, is this what happens when a 34 year old plays against a team from a league that isn’t essentially the French SPL? He took a couple of good free kicks, in fairness, but that was about it.

I’ve seen people say they want him at Arsenal next season. Not for me though. No thanks. He’s a winner, and his track record is hard to argue with, but my suspicion is we’ve had enough of relatively static, lumbering front men. I mean, he could score goals, he probably would score goals, but I’d still rather our focus was on somebody for the future rather than a bloke who is looking for a last massive pay-day in a league awash with cash.

So, City are through to a Champions League semi-final. I remember those. We had one once. Or twice maybe, but who needs them when you can set an actual record for being eliminated in the Round of 16 for the most years in succession? That’s where the real history is made. Nobody remembers who got knocked out in the semis.

Tonight it’s Atlético Madrid against Barcelona. I’m all for Atlético on this one. It’ll be hard for them playing with 10 men at some point, but you’d like to think a young, modern manager like Diego Simeone will have prepared for that eventuality. You just know that a red card is an inevitability against Barcelona, particularly if you’re in danger of achieving a result.

UEFA, as we know, like to keep things on brand as much as possible. The most potent strike force in Europe inspires kids and advertisers and sponsors across the world with their football brilliance. What role models too. A bitey racist, and two men whose tax returns would make Harry Redknapp’s dog weep. Truly these are the men to whom our young people should look up to.

So good luck tonight Atlético, although there is a part of me that would really enjoy Guardiola having to face Man City in the semi-finals and then Barcelona in the final just for the awkwardness of it all. But mostly I want Atlético to win it. I remember that 2014 final really well, and while I’m obviously nothing but an Arsenal fan, there was a whiff of Wayne Bridge in 2004 to that late Sergio Ramos goal because I hated it so much.

Then Real went on to win it in injury time and Ronaldo scored a penalty to make it 4-1 and celebrated like he’d single-handedly done everything to claim the trophy. He’s an amazing player but also a massive, preening gimp and one of those players whose happiness it’s simply impossible to enjoy. His misery, on the other hand … well.

So, what’s happening from an Arsenal point of view. Not much. The Mirror seems to be on a mission to facilitate a move to Southampton for Alex Oxlade-Chamberlain. At the weekend there was a story about how their captain, Jose Fonte, is trying to persuade him to return to his former club, and yesterday another one about how they’ll make the Ox their highest paid player and give him the vice-captaincy.

Tomorrow, I’m expecting to read something about how the midfielder has been seen ‘house hunting’ along the south-coast, before he puts his London pad on the market. Then something about how he’s always loved stripes, and then something else at the weekend about how his favourite saint is actually Saint Mary, but to keep his options open we’ll discover than he also likes Saint Michael, Saint & Greavsie and Yves Saint Laurent Koscielny.

Maybe this is how the print media will survive in this new digital age – getting commission from multi-million pound football transfers. It’s a new model, in fairness, gotta love that forward thinking.

The Telegraph also suggests that we’ll ‘listen to offers’ for the Ox and Kieran Gibbs as part of a summer shake-up, a phrase which reminds me of cocktails:

Meanwhile, Jack Wilshere and Tomas Rosicky are lined up for another U21 run-out, which is nice. I’m happy to see the positives in that, particularly re: Rosicky who should be able to pull on the shirt one more time before his contract expires in the summer.

As for Jack I won’t allow myself to get in any way invested until he’s been fit for 20 or 30 games in a row. And we won’t know that until some point next season after he comes back from playing every game without a problem for England at the Euros but stands on some Lego on the eve of the opening day and gets locked-in syndrome.

My brain hurts. For more reading check out this week’s Tactics Column.