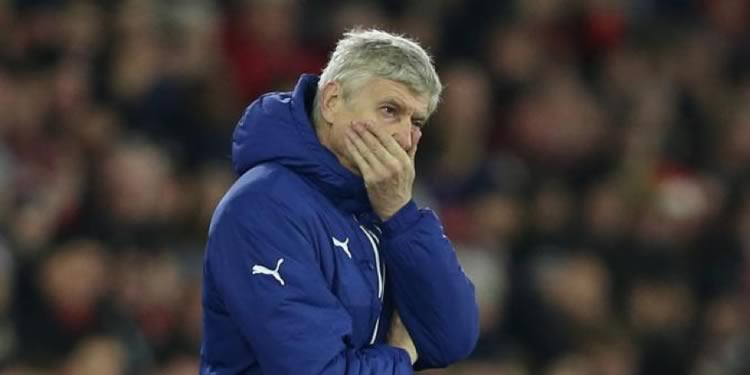 Morning all, welcome to a brand new week but despite our fine win on Saturday, there was no bonus of Leicester dropping points. A 1-0 win yesterday, their fifth in their last six games, means they continue to lead the way at the top of the table.

Still, all we can do is keep going and hope that they forget how to win. All those 1-0s are a bit familiar or something, aren’t they? Anyway, we’ve got a tricky looking game coming up this weekend against West Ham, and that’s where the focus should be. Anything beneficial that happens elsewhere is just a bonus.

Something we didn’t cover yesterday was the Sunday Times story about a doctor who claims to have worked with Premier League footballers, including one, or some, from Arsenal. The club were quick to deny this, saying:

Our players are well aware of what is expected. We strictly adhere to all guidelines set by the World Anti-Doping Agency and our first team players participate in approximately 50 random drugs tests during each football season. None of our players has ever failed such a test.

The doctor in question Tweeted a denial yesterday, which said:

The @SundayTimesNews allegations are false and very misleading. I have never had a relationship with any premier football club or player.

I suppose he would say that, but all the same it does raise an interesting point about how clean football is. Almost every other sport has had issues to some degree or another, and after Dinamo Zagreb midfielder, Arijan Ademi, failed a dope test this season, Arsene Wenger said UEFA accepted doping.

I remember saying it at the time, but I thought the response to that was very interesting. Firstly, UEFA sent a delegation to Arsenal to ‘randomly’ test the players. The message seemed obvious: speak out, and we’ll come knocking. Secondly though, despite this being a huge issue – especially when a manager of Wenger’s experience and stature talks openly about football having a problem – the story never really went anywhere.

I don’t recall a single other manager being asked about it, or any of his contemporaries going on the record about the possibility of doping in football. Maybe I’m alone, but I always felt the silence said an awful lot. Not only that, Wenger’s calls for deeper, more efficient testing, again left him as the lone voice in the wilderness.

He wants blood tests, not urine samples, as he spelled out:

When you play away in the Champions League …. we sit sometimes on the airplane and wait for half an hour or an hour until the guys who have the tests can come back and fly back. With a little blood test it takes a minute and you can test much more.

It is simple, why can we not do it? In every other sport they do it.

And he urged football to take the issue more seriously:

I want deeper tests, better tests because what we test is superficial. What we want as well is that when people are caught that they are punished and that the clubs are punished as well. We have to tackle this problem and not to close our eyes because it is a little bit not reasonable to think that just because we are football we have no problems with it.

Now, whether this doctor is going to blow lid off anything remains to be seen. I doubt it, to be honest, because even the Sunday Times admit there’s little independent evidence, but months later Wenger’s reasonable questions about why more can’t be done remain unanswered. And it feels as if this is an issue that football is quite happy to brush under the carpet, having paid lip service to it every now and again. I suspect that this latest little burst of activity will go the same way as all the others and fall off the radar.

What I would say though, is that the demands placed on modern footballers, with more football than ever, more travel, less time off during the summers, and everything else, will only contribute to whatever’s going on. And my bet would be that individuals, rather than teams systematically engaging in it, are the main issue, but it’s hard not to be suspicious about some clubs in Europe at times.

Elsewhere, Arsene Wenger and Hector Bellerin talk about Alex Iwobi. I particularly liked the just-turned-21 Bellerin sounding like a pleased-as-punch dad when he spoke about the 19 year old:

He has shown a lot of dribbling and creativity up top. Sometimes the team needs that, it is very nice to get a breath of fresh air from a player that have come from the academy and have played in the under-21s and under-18s. We are very proud of him and he has done very well.

As I said yesterday, it’s great to see an Arsenal product come through and have such a positive impact. It’s going to be very interesting to see how he develops, and how he copes when he inevitably has a spell when things don’t go quite as well for him. Hopefully there’ll be some patience too. When you start this well perhaps you set unrealistic expectations, but we can worry about that when the time comes.

No doubt you remember the epic Arsene Wenger interview with L’Equipe from last year. Well, L’Equipe have produced a short follow-up video about his childhood in post-War Alsace. Featuring interviews with French journalists and Duttlenheim locals, and it’s been exclusively subtitled for Arseblog News by Arsenal French Club.

You can watch it here.

James and I will have the Arsecast Extra for today. It was recorded yesterday so no questions please, but you’ll have that to listen to mid-morning.

And just some quick plugs. Follow @arseblog and @arseblognews for all the latest from the site, you can get us on Facebook too, and if you work in one of those offices that blocks things, join the Mailing List and get Arseblog slammed into your box every morning.

Finally, if you want to win a car, check out this prediction game which could see you drive off in a brand new Citroen (UK Residents only).

That’s your lot for this morning, catch you later with that brand new Arsecast Extra.