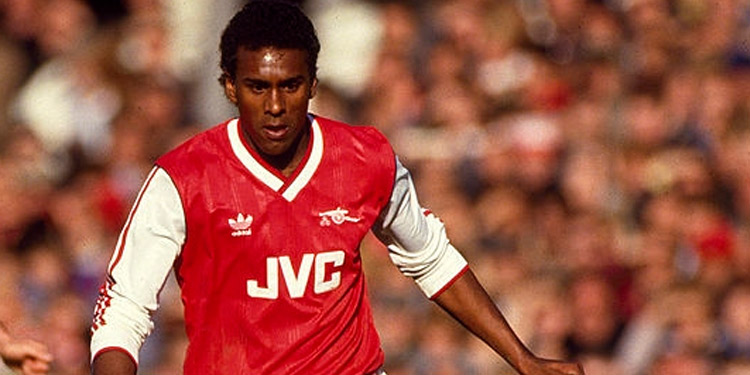 This is the quiet day. This, of all the Interlull days, is the worst. The international games are over, the players are back or making their way back to London, and because nothing outrageous, scandalous or disastrous has happened we’re in the eye of the storm of nothingness.

That’s the thing about that storm. You can’t tell if you’re in its eye, its hoop, or what, because it’s all the same. Technically speaking I don’t suppose you can call it a storm at all, but let’s not get all weirdly pedantic and stuff. If you come here looking for metaphors that make sense, then I’m sure you realise by now that’s like marching an otter towards a cave whilst wearing a bicycle helmet.

The most exciting thing that happened to me yesterday was I broke the R key on my keyboard. I can see you now, with your morning coffee, thinking that this doesn’t seem to have affected my typing much. Well, smarty-pants, this is because I have a spare keyboard and I’m using that, but my advice to you at home is do not use your hoover on your keyboard.

It sucked the R right off, and it won’t go back on. It is immensely frustrating. I know this is very much a first world problem, but when you think about it, so are most things that vex us – football included. rrrrtrrrrrrrrrrrrrrrrrrrrr

Ignore that, that was one more futile attempt to fix it. Anyway, football is back this weekend and we have to hope that the R is not broken on the Arsenal keyboard. Jack Wilsh-R. Sorry. R-on Ramsey. Mikel R-teta. Pet-R Cech. David Ospin-Rrrrrr. God, it works far too well for far too many of them.

Anyway, it’s Watford, with whom we have some recent history due to them knocking us out of the FA Cup. Pretty inconsiderate of them you have to say. Nacho Monreal says that the team are out for some kind of revenge on Saturday:

We know it’s going to be difficult against Watford because we only played them recently and they knocked us out of the FA Cup, but we’re hungry for revenge.

It’s a completely different competition. They’re not fighting for big things so we need to show that we are. We need to show we’re the home side and that we want to keep fighting for the league title. That’s what we’re going to do. Then we shall feast on their gizzards and howl at the moon Gods!

I like it. Too often the message is ‘Well, this is a different competition, and what happened in the last game isn’t really relevant’ etc etc. It’s good to hear one of the players talk about revenge because revenge is good. Lots of football is about revenge, whatever level you play at, and it works throughout the game. As a team you want revenge for a painful defeat. As a player you might want to face a forward who caused you problems in the last game, and deny him space and time to be effective … and also to kick him up in the air.

Let’s not pretend this morning that this isn’t a huge part of the game for us, at least. Professionals probably have to put personal enmity to one side and focus on the bigger picture, but that’s not always the case as we know. I’m not saying it’s right, but it is a thing. Anyway, if there’s some extra effort and focus because of revenge, and it comes on top of the good performance against Everton, I’m all for it.

For the record: I do not condone brutalising the knees of opponents (apart from John Terry) and seek instead to channel the desire for retribution into a positive in terms of performance (apart from Phil Collins).

We should get some team news later on. Hopefully there are no nasty surprises from the Interlull and good news about some of the players due to return. We’ll cover that over on Arseblog News as and when it happens.

Finally for today, it’s worth remembering David Rocastle, 15 years to the day after his untimely passing. He was such a fantastic player and everything you ever read about him reminds you that he was a fantastic person too.

I suppose that’s what makes it even more poignant – his was a star that shone brightly but for nowhere near long enough. 33 is just no age, and in terms of his football career, the knee problems he suffered from robbed us of a player who could have played for us until the day he retired. He loved Arsenal too, and probably never got over George Graham’s decision to sell him, in tears as he was told his time was up.

When you think back on him now, and what he did and how he did it, you could see how a fully fit David Rocastle would work in this Arsenal side today and in the modern game, that’s how good he was. What a brilliant player, and what a sad loss he remains.

I also saw some people on Twitter last night suggest applause in the 7th minute on Saturday to remember him. Often these kind of things feel contrived, or a bit mawkish, but in this case it feels absolutely perfect. Make it happen!

Right, that’s that from me this morning. Tim Stillman will be here with his column later, more from me tomorrow including a brand new Arsecast. Until then.