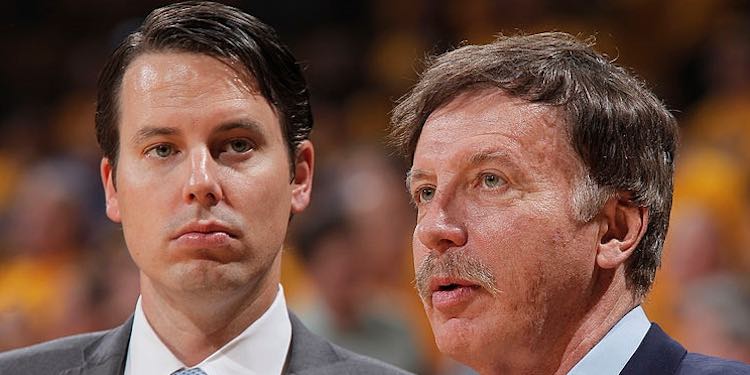 I don’t know about you, but yesterday was somewhat cathartic for me. The anger at what we saw against United on Sunday has diminished into something like resignation, or deep sadness, because as maddening as it was, it was only that way because it came from a good place.

I want this team to succeed and to win things and to become champions. I want Arsene Wenger to win the title again as his career draws to a close – and the fact that time marches ever onwards  means that’s an inevitability one way or the other anyway. I like a lot of these players and I’d love for them to add to those two FA Cups and make their mark on the club’s history in a really significant way.

I also don’t care one bit that if we win the title people might say it’s the worst Premier League season ever. Like, not one single bit. Who gives a fish’s tit what anyone says about anything if you’re the champions? Only those who are so bitter that they can’t fully enjoy anything, and life’s way too short to worry about them. Do you think Leicester or Sp*rs (vomit) fans would feel any less about a title if they won it? Of course not.

I’m not really an angry person by nature. Easily frustrated, perhaps, but not angry and I feel somewhat exhausted after the outpouring of it yesterday. I was dreaming about moving house last night, one of the most stressful things to go through in real life. Up there, they say, with childbirth, deaths, losing a job, and seeing your team play like bunch of startled rabbits at Old Trafford.

James and I spoke a lot about the situation on the Arsecast Extra yesterday, so I don’t feel much like repeating it all here today. I’ll add listening links below at the end, but the crux of it is that even if you feel like Arsene Wenger should leave, or you would like that to happen if we don’t win the title, the chances are it won’t.

I notice the Arsenal PR machine rolled into action yesterday. The natives are restless, let’s calm them with talk of summer spending and war-chests. Throw out a few names that might take people’s minds off the timid capitulation in Manchester. YAWN. We’ve been there, done that, worn the t-shirt, and now we use the t-shirt for cleaning the floors. Give us a break, please.

I recognise Arsene Wenger as a man with faults and flaws, but also as one who, in the current make-up of this football club, who keeps everything more or less glued together. Putting our cards on the table we have a majority shareholder who does not give a single shit whether this club wins things or not. Not once since he took over has Stan Kroenke demonstrated or elucidated the slightest hint of football ambition. Not once.

Given the esteem he holds Arsene Wenger in and the influence the manager has over every aspect of the football club, is it reasonable to assume that this is going to change when a new man is brought in? I don’t think so.

If he can’t show some ambition with a man in charge he might actually care about, what is he going to be like when we enter the new world of merry-go-round, flit from job to job manager? There’s no way we’ll ever have another Arsene Wenger, a man who will be in charge of the club for 20 years and have this kind of impact and influence. It doesn’t work that way anymore.

Managers are much more come and go, and that’s a sea-change for this football club who haven’t had to deal with that … well … ever, and who do not have structures in place to deal with it now. Men with much less authority than Wenger will come in and have to cope with an owner whose outlook isn’t to win things and be successful, but to maintain the financial status-quo (or make some more money – and there’s a lot of money being made already).

Talk of a succession plan is curious, because on our board only Ivan Gazidis is somebody who could be considered knowledgable about the world of football. From his work with MLS, and the years he’s spent at Arsenal, he’s undoubtedly got experience in this world, but is it that enough? For years people have spoken about adding some ‘Arsenal’ to the board.

Former players, perhaps, who understand the game, the club, the mechanics of modern football, where are they? Because you can be quite sure they can help a lot more than Josh Kroenke who, I would posit, knows as much about the up and coming football managers as I do about something I know nothing about. Which is nothing, by the way. A lot of nothing.

Manchester United had Alex Ferguson and Bobby Charlton and others to consult when Ferguson retired. I suppose in one way it shows that even with plenty of football knowledge things can go wrong, but what happens when you let a long-term manager go and make those decisions with a dearth of that?

Wenger has long said that when the time comes it won’t be his decision, and it’s not right for him to play a part in it. I think that’s correct, but it’s also slightly terrifying. The need for change, if and when that time comes, does not make the process any less frightening. A new manager doesn’t guarantee that all the things that frustrate us now are fixed, it might just give us new things to go drive us crazy. Things could get worse before they get better.

Even if the ‘top four’ thing has people losing their minds, this has been a period of sustained consistency in terms of our league position and European involvement that is unlike any other in the history of the club. Except increased volatility when the Wenger era ends, a smooth transition to a new man who might take us seamlessly forward seems optimistic.

Now, I don’t say this in any way to backtrack on what I said yesterday, only to cast a realistic eye on what would happen if that change were to occur. Which, of course, it won’t, because Kroenke won’t make that call, and there’s nobody else at the club who can do it except Wenger himself, and with one year left on his contract I don’t see that happening either.

The period between now and the end of that contract ought to be one in which decisions are made at executive level to prepare Arsenal for the brave new world they’re going to have to deal with when Wenger’s time is finally up. Add that football knowledge and experience to the board; put in place the structures a new, modern-day manager will require to operate.

Even if you think Arsene Wenger does a lot, or too much in every aspect of the life of Arsenal, the fact remains he does it, and when he goes it will leave a vacuum that has to be filled. So, not only do we have to find a new manager, or ‘head coach’, but also the right staff in extremely important positions behind the scenes.

It’s a lot. A lot to think about. A lot to consider. And it’s going to be tumultuous in my opinion. Not impossible, though. We are a fantastic club in a brilliant city with a wonderful stadium and facilities. There’s money to spend, we are an attractive proposition for good people to come and work with us. But unless we start preparing properly for life without Arsene Wenger, we’re going to spend too much time and resources firefighting, and I really hope that doesn’t happen.

Phew. More catharsis. As I said, you can listen to yesterday’s Arsecast Extra here, via Acast, or iTunes. Subscribe in your favourite podcasting app using our RSS feed. Thanks as ever for listening.

I suppose the other thing to say is that despite how dismayed I am about what happened on Sunday, we do play tomorrow night. The single best way to deal with that kind of disappointment is to play better and win against Swansea. One small step forward. Three points in the bag, and then we look ahead to facing Sp*rs on Saturday. It’s not in our hands, of course it’s not, but this season has been so crazy and unpredictable that I can’t let slip that last glimmer of hope, slim as it is. And I know it’s slim, so so slim, but still.

We’ll preview the game tomorrow on the blog, and we’ll have all the team news etc over on Arseblog News.