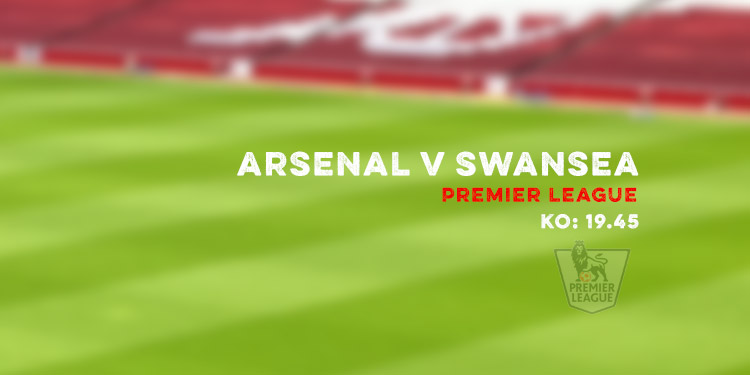 ‘When you fall off the horse, get straight back in the saddle,’ is the advice given to people who fall off horses and don’t get paralysed, or really injured, or hit their heads and think they’re Napoleon.

At this point, having fallen off so many horses so many times, we must know the drill. Bounce back. Respond. React. Do better. Focus. Concentrate. Start a slow trot. Work your way up to canter. Perhaps gallop for a bit. Then hit a fence and fall off, at which point you get back in the saddle and do it all again, and maybe wonder why you don’t take the bus to work. Sure, it’s smelly and people cough without covering their mouths, the filthy animals, but at least you can read a book while you’re travelling.

Tonight’s horse is Swansea. Inevitably, our former goalkeeper Lukasz Fabianksi – a nice man but one who almost made a new art form from goalkeeping mistakes – will be the man we make look like Jonny Save-a-lot, the chap who can’t be beaten because he’s got amazing powers gifted to him when he was bitten by a radioactive spider possessed by the ghost of Lev Yashin. Fraser Forster. That Hull bloke. And now Fabianski. I expect the hat-trick of ludicrous goal-stoppery, enabled by feeble finishing tonight.

I know. I just can’t help myself though. It seems like what would help tend our wounds, particularly after Leicester dropped a couple of points last night, would be a comprehensive win in which we scored a couple early, then another couple, and we could all relax a bit and hope things are going in the right direction. I mean, I could really dig that folks. A lot.

But it’s been some time since we had a game like that, and with the pressure mounting, nerves shredded, and still more than whiff of dismay in the air from Sunday, it’s easy to see how this one might add to the frustration. A tame first half in which we pass it around a lot, bemoan Bob Stoppington in their goal, and leave the field to some mild boos. And then a second half which seems interminable and as we push on for a goal that Gomis fella scores late before showing us his latest wild animal celebration. No big cat snarl this time. Instead he contorts himself and writhes on the ground like a snake that has eaten its prey and really needs to go for a snake poo. Do snakes poo? I have no idea. They must, but I’ve never seen one do that.

Oh, maybe I’m simply too low to envisage anything other than the worst case scenario. Maybe we will, as Arsene Wenger said yesterday, use the criticism of what happened at Old Trafford as motivation:

We want to transform the negatives into positives around us and create even more solidarity. Let’s not go overboard, we do not play to be relegated. We are playing to fight for the title. That’s why we have to put criticism in the right place.

Let’s turn that frown upside-down! He will make changes to his team. I suspect Olivier Giroud will come back in up front, fully-charged and worried about keeping his place after Theo Walcott’s stellar turn against United … er … but he’ll be back anyway. He has suggested that he has to be cautious with Danny Welbeck, not long back from injury, so he might drop to the bench, and maybe there’ll be a bit of midfield jiggery-pokery.

I have to say I’d like to see a bit of Elneny in midfield tonight. We haven’t really had a chance to see what he’s about at Premier League level, but maybe he could come in alongside Coquelin and/or Ramsey. Is Ramsey on the right an option with El-Coq central? Or perhaps Joel Campbell becomes an attractive proposition to the manager again, untainted as he is by the shitfest that was Sunday’s defeat. Again, I’d posit giving Alexis a run on the right to change his perspective a bit as it’s not working on the left. I know the manager likes lefties on the right and righties on the left, but what if having it the other way around gives us some natural width that might prove useful?

At the back Mertesacker and Koscielny should resume the best central defensive partnership we have, while Gabriel can accompany Walcott on the bench – perhaps reading ‘TJ and “What’s the English for ‘Your man, Gab?”‘ to help him along. After that, they’re on the horse and they have to do the riding.

Arsene Wenger has urged the crowd to play their part, saying:

Overall, we need our supporters to be behind the team tomorrow night because it’s a very big game and it’s important that we have our fans behind the team.

Clearly he’s conscious of the reaction to Sunday, but as much as that will play out in the pubs and online, in the stadium the fans want to see the team win and perform. It’s a two-way street though, the team also need to lift a fanbase that has been hugely affected by that last performance and result.

There is nothing like a win though to improve the mood though. I always remember the game after we lost 3-2 at home to Leeds in the 2002-03 season. That defeat, following on from a 2-2 draw with Bolton, allowed United to pip us to a title that we really should have won. Three days later we played Southampton, won 6-1 with hat-tricks from Robert Pires and Jermaine Pennant (seriously!), and although things were still raw, each goal was a like a little bit of salve for the burns.

This time around there’s still something to play for. Let’s hope that this team can find something within themselves to react, to respond, to bounce back, and to win.

Meanwhile, there’s bad news on the injury front as Santi Cazorla’s comeback has been delayed. He’s suffering with an Achilles problem as he recovers from damaged knee ligaments, with Arsene Wenger saying:

Santi is not doing too well. He has some Achilles problems that hold him back.

That’s a blow and a shame, because we could really have done with him in these last couple of months. That this news has been accompanied by a Jack Wilshere update which says he’s 3-4 weeks away for the third of fourth week in succession, means that we’re unlikely to see him any time soon, if at all this season.

Coming on top of the news that Alex Oxlade-Chamberlain is going to miss 2 months, it brings into sharp focus what needs to be done in the summer with our midfield – but for now we just have to make do and mend with what we’ve got.

Right, as ever we’ll have live blog coverage of the game for you later. Bookmark our default live blog page, or check back here for all the details in a post. For some extra reading this morning, this from Michael Cox is really good on the issue of leaders and their perceived importance to a team.

Until later, have a good one.

Last weekend’s starting XI to have a crack at Swansea