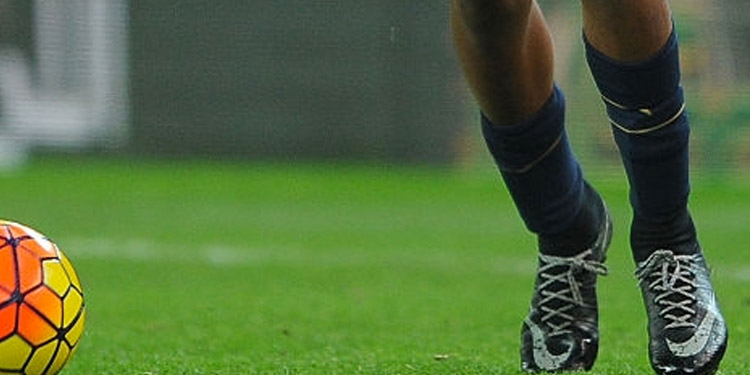 Good morning everyone, and welcome to a brand new week. It’s a very special day today, as we all know. It’s the day that all the boys and girls look forward to, for the best thing about football isn’t the football or the goals or the tactics or the social aspect, it’s how much money will be spent on players on transfer deadline day.

I suspect it’s going to be a very quiet one from an Arsenal point of view. The only real issue we have to deal with is Mathieu Debuchy, the man who is so desperate to leave to play football to get into the French team for Euro 2016 that he’s spent another entire month out of the squad, not agreeing a deal with any of the teams that want to give him that opportunity.

Even if he has concerns about going to Villa, given their current predicament, wouldn’t he have been better off playing 5 or 6 games by now? He’s spoken a number of times about how he needs to play regularly in order to be at his best – this month would certainly have given him a chance to get some match-fitness and sharpness under his belt. Perhaps it’s more complicated than we know. Perhaps there are ‘things’ about which we have no idea when it comes to these kind of transfers, but on the face of it, it seems odd.

Anyway, one way or another we’ll have some resolution to this most exciting of transfer sagas before the deadline tonight. Beyond that, I can’t see much happening. Maybe a loan for a youth player or two, but not much else. Not unless the manager decides he needs cover for Jack Wilshere and Tomas Rosicky who are both apparently out of action for another significant period each.

Obviously it’s a real shame for both of them, and we might wait to analyse it until we hear a bit more from the manager about it. For Wilshere it could mean another season on the sidelines and for a player of his age to have endured that twice already in his career casts serious doubts over his future. As for Rosicky, if it’s 6 weeks with a thigh injury, we’re looking at mid-March for a comeback and as we’re already heading into the December of his Arsenal career, it’d be a really sad way to end if he can’t make a contribution this season.

Hopefully the problems aren’t as serious as the rumours suggest, but in both cases you’d be pleasantly surprised if that were the case. Anyway, rather than buy somebody in January, or do another Kallstromian loan deal, the manager might decide that what he’s seen from Alex Iwobi is enough to provide the cover he needs. The 19 year old impressed again against Burnley in the cup, and it seems that Arsene Wenger is a fan:

In other circumstances you might say he’d be the ideal candidate for a loan, but that doesn’t seem to be on the manager’s mind:

I have a hesitation about loaning him because I think this guy could very quickly play. He scores goals in training. He’s one who, when he was a kid, could pass you by if you don’t watch well in training but I personally like this game.

Obviously it’s very early in his career, but so far I’ve really enjoyed watching him. He’s played in the league, the Champions League, the Capital One Cup, and the FA Cup this season, and as I said yesterday that he was selected centrally tells us something about how Wenger views him as a player. He might find himself with more chances, and if he can continue to take them, then he could be a really interesting squad option for the rest of the campaign.

I also really like the way he wears his socks – like Low-riders. And the inevitable Obi-Wan Iwobi stuff. I also think he’d have scored that one on one at the end of the Burnley game. Let’s keep him around and see what he can do.

He might get another chance in the FA Cup, as we drew Hull City for the third successive season. Having beaten them in the final in 2014, and the third round in 2015, they’re probably sick of the sight of us, and who would blame them? It might also mean that they’ll be really up for this one, seeking some measure of revenge, and given they’re top of the Championship, they’re not to be taken lightly.

They also have a couple of on-loan Arsenal players with them this season. Chuba Akpom scored a hat-trick to send them through to the 5th round, while Isaac Hayden will spend the rest of the season there despite it looking like he might go elsewhere for a while. In terms of their eligibility, it’s not the like the Premier League where loanees are not allowed play against their parent club. In the FA Cup, the rules state:

A player on a temporary (loan) transfer is ineligible to compete in the Challenge Cup Competition unless permission to do so is given by the lending Club in writing and a copy is received by The Association by 12 noon on the Friday prior to the date fixed for playing the Round.

So, it’s up to us to grant them that permission. It happened in the past when we allowed Sanchez Watt (WHAT?!) to play for Leeds against us, and given that Arsene Wenger has long held the belief that loan players should be permitted to play against the club that owns them, I’d be surprised if we didn’t do the same for Akpom and Hayden. The game takes place between the Leicester and Barcelona home games, so expect a fair amount of rotation for that one.

Right, that’s just about that. As ever on a Monday James and I will have an Arsecast Extra for you. If you have questions or topics for discussion, please send to @gunnerblog and @arseblog on Twitter with the hashtag #arsecastextra.

That’ll be available for you before lunch, and if you’re desperate to keep up with ALL THE ARSENAL TRANSFER NEWS, we’re doing a deadline day live blog right here.

Please note: we don’t expect much to happen. It might descend into exhausted surrealism very quickly, but once you’re ok with all that, feel free to join us