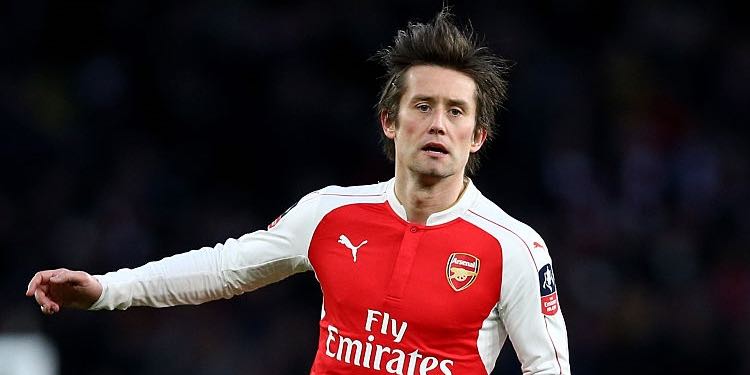 Morning all. A quick Saturday round-up for you, and we have to start with Arsenal’s decision to back down over the surcharge for the Barcelona game. They released a statement last night to say that, having listened to the fans, the charge would not be applied … this time.

We have listened to our fans and recognise that there is confusion about the basis of our long-standing policy on charges for the seven cup games in our season ticket package.

We believe that this policy, which last year resulted in a refund to fans and this year would result in a surcharge, is the fairest of the possible alternatives but we accept, on the basis of the reaction to our recent announcement, that we need to improve our supporters’ understanding of how the system works.

It was never our intention that we would upset those fans who are amongst our most loyal supporters. Having listened to their feedback, we are announcing on this occasion that we will not ask fans to pay the additional amount due under our season ticket conditions for the game on February 23rd.

Which is good for the fans, of course, but there’s a fair whiff of passive aggressive patronising from that statement. And that’s hardly accidental. They go on to say:

However, it is clear that our fans have not been fully aware of the fact that even if we do play 26 games in some years they will get a refund, which happened in 2014/15, whilst in other years they will need to pay extra. This is linked to the teams we draw in the cup competitions.

The feedback since our communication last night has demonstrated that we need to find a way to create a better understanding for season ticket holders on how their season ticket is structured. Work has already started to address this.

Ultimately though, whatever you make of the wording of the statement itself – the tone of which would suggest to me that more work is required on their communications rather than just on this particular issue – it’s the right thing to do. It shows that fans do still have a voice that can be heard, and maybe there are lessons there too. Hopefully this will mend fences a little bit as we go into a really crucial part of the season.

The fear was that the team would become the lightning rod for frustration and anger with the decision makers to whom there is little to no access, and that’s no longer the case. It’ll only be the football that they’re held responsible for, and that’s back in their hands and those of the manager.

Meanwhile, Tomas Rosicky has spoken about his latest injury, and it’s one that may well spell the end of his Arsenal career. Arsene Wenger was reluctant to confirm that this was the case yesterday, saying:

His injury is quite a serious one; a muscular injury. The good news is he will not need surgery, it’s a partial rupture of his tendon. We are all of course, shocked and he is the most shocked.  We have to be patient and hope that it is not his last game. I don’t want to be dramatic, he suffers enough at the moment. I’m more with a support attitude rather than anything dramatic.

In an interview with the official site you can see how gutted Rosicky is, speaking about how the reception he got when he went to warm up moved him to tears:

Honestly, I had tears in my eyes after such a long time being out. I started to warm up and the reception was unbelievable and I will never forget it.

And despite the fact the odds are very much against him playing for Arsenal again, he’s not throwing in the towel, saying:

If you watch the video you can see how emotional he is, even with the distance of time between the injury and the interview itself. It really would be a shame if this was the way it ended for him. Clearly, we’ve never seen the very best of Tomas Rosicky in his time at the club. Injuries have disrupted his career in a terrible way, and at 35 he’s pretty much run out of time.

If you look at the pictures of him in the dressing room, delighted to be involved again against Burnley, and then watch that video … it’s tough. Fingers crossed he can make it back before the end of the season, and if the players can keep things going, then maybe, just maybe, we might get another one of these from him:

There’s not a lot happening in terms of team news, but we can save that for tomorrow’s preview of the Bournemouth fixture. I recognise there is some confusion over what this is, so it’s essentially game of football between 11 men on each side and the object is to kick the ball into the opposition net to score goals, and to score more goals than the opposition.

The team that does that wins three ‘points’ to boost their position in the ‘league table’, and at the end of the ‘season’ the team with the most ‘points’ wins the ‘title’. It’s clear that some readers have not been fully aware of this, so I’m happy to set the record straight.

Finally, if you haven’t yet had a chance to listen to this week’s Arsecast, I chat with Tim Stillman about the midweek draw, Oxlade-Chamberlain’s dancing, Theo Walcott, why I hate general elections, and lots more.

Check it out here on site, via Acast, iTunes, or your favourite podcasting app. Just search for ‘Arsecast’ and subscribe.