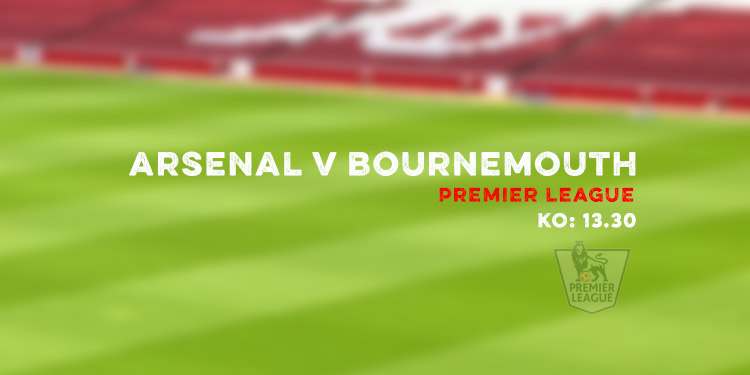 It feels like the next two games, starting with today’s trip to Bournemouth, are absolutely pivotal in our season. As the Leicester train thunders on with a 3-1 spanking of Man City, they now have an 8 point lead at the top of the table, although they have played one game more.

By this time next week, more or less, it’s in our hands to cut that lead to just 2, and while next Sunday’s game against Claudio Ranieri’s team looms large in the distance, the need for three points today is just as pressing. Not simply for the points, but to get this team back on some sort of track ahead of what’s going to be such a critical game for our title challenge.

If there’s some small comfort from the midweek 0-0 it’s that we created plenty of chances – the job today is to repeat that, but add the finishing touches to them. No making the goalkeeper look world class, no hanging heads when we miss the target, the goals have to start coming again [caveat: I would happily take one goal in a 1-0 win, but ideally we might score more than that for added confidence/belief].

After the Southampton game, there was much focus on how to get this team to click again, with midfield being the key area to achieving that. With Francis Coquelin fit again, I expect him to start with Aaron Ramsey in there. Some will say it’s a combination that doesn’t work, but I don’t think we’ve seen them play together anywhere near enough to make that kind of judgement.

What we can say with some certainty is that Ramsey and Mathieu Flamini definitely haven’t gelled despite a run of games together, so something has to give. The idea of him doing something like moving Ramsey back to the right, and pairing Coquelin with Elneny, for example, probably provides a little too much change, but it’s fair to say we now have options in the centre of the park that we didn’t a few weeks ago.

With Alexis and Mesut Ozil back in tandem there’s plenty of creativity and unpredictability, with the manager clearly viewing his two most expensive signings as vital to our chances in this game, and beyond. He said:

That comes back to the supporting cast doing more in front of goal. We don’t need to go through it again, but we know who those players are. Based on what he’s said, it’ll be interesting to see who he starts up front today – Olivier Giroud or Theo Walcott.

The Frenchman has looked a little leggy in recent games, which tends to happen when he plays a lot, but the form of Walcott is such that it would certainly give the manager pause for thought. Even if he thinks this game might suit him, 1 goal in his last 17, and fluffing fantastic chances in the last two games, isn’t exactly knocking down the door to play ahead of the team’s leading scorer.

However, you think back to that scintillating win over Man Utd earlier this season, and look at how things clicked that day with Walcott, Alexis and Ozil together. Then you think about it a bit further and more and more it seems like that was an outlier, rather than a blueprint for a new, exciting Arsenal attack. Of course, injuries have hampered Wenger’s ability to deploy those three more often, but it might be something he’s thinking about for today.

The manager certainly seems confident that the goals will return, saying:

I believe overall, we should not be alarmed, because the quality of our performance was there in every single game. We should take a lot of encouragement from that, even if sometimes in the recent games, we didn’t get the result we wanted.

Finishing is cyclic and if we create the same amount of chances we will score.

Well, let’s hope so, because today is a day that requires nothing less than three points, and unless our old friend OG (not Giroud) does us a favour, we’re going to have to improve in front of goal. The pressure is on again after poor results and Leicester’s win, so it’s stand up and be counted time for these players. Fingers crossed we can get ourselves going again.

As ever, we’ll have a live blog for you, so if you’re stuck doing Sunday stuff, check back later for a post with all the info, or bookmark our default live blog page on your device, and updates will begin automatically.