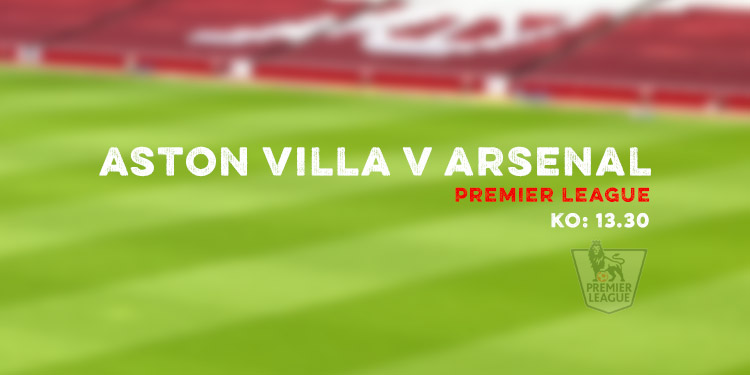 It’s never easy to go away from home after a midweek European jaunt, even if you are playing a side firmly rooted to the bottom of the table. The efforts of Wednesday night were considerable, and there’s little scope to rotate the team, so hopefully there won’t be any kind of hangover in terms of our performance.

On the plus side though, that performance on Wednesday was very good and if there hasn’t been a boost in confidence for a side that could have done with it, I’ll be very surprised. All the same, Arsene Wenger is reminding his players they can take nothing for granted at Villa Park today:

For us, after Wednesday night, it’s important that we straight away have a focus. I’m highly focused on the Premier League and I want us to manage to go from one competition to the other. That’s a sign of maturity as well.

It’s hard to look beyond the same XI that started in Athens, only if there’s some injury worry might we see a change. I remain somewhat surprised that Olivier Giroud hasn’t suffered any damage to his ankle the way he went over on it, but fingers crossed he’s fit and ready, his importance to the team was underlined by his hat-trick against Olympiacos, and he’s surely going to be full of confidence going into this one.

Today’s opponents have had a miserable season thus far. Just one win, just 6 points, and the worst goal difference in the league. Villa have a relatively new manager, with an Arsenal connection of course, and their position in the league means at the very least they’re going to work really, really hard to get something out of this game.

Man City won yesterday so they sit top of the table at the moment. Leicester don’t play until Monday night (Chelsea at home), so it’s a chance for us to go top of the pile before we face City next Monday. That’s where we want to be playing them from, so let’s make sure we do this today.

Elsewhere, there’s praise from Arsene Wenger for two his forwards who have impressed in recent weeks. Joel Campbell is young man whose career trajectory has changed completely this season. Injuries have opened the door for him and given him a chance which he’s taken pretty well, all thiings considered. His performance against Olympiacos was fantastic, and that pass for Giroud’s second was superb – highlighted by this amazing picture (via r/Gunners)

On carving himself out a regular place in the squad, rather than being one of the more expendable members of it, the manager says:

He shows slowly, game by game, that he has the talent to do it. The other night, the ball he gives for the second goal absolutely shows that there is something special in him.

Whether he can go FC (Full Coquelin) and become a regular first team starter when we have more players available (hahaha) remains to be seen, but if his role is that of a reliable squad player who can contribute and add depth then there’s nothing wrong with that at all. Fair play to him.

And on Wednesday’s hat-trick hero, Wenger says Giroud is up there with the best around:

If you look at the number of games and the number of goals, you have to give him credit. He’s not only a goalscorer, he’s a guy who puts work in for the team. I think he’s among the best strikers in Europe.

He’s player that sparks endless debate, and I think that will always be the case. There are some people who are more invested in what’s he’s not, rather than what he is. He will frustrate you from time to time, of course, and I don’t think anyone would suggest we should ignore the chance to sign a next-level forward if we can find one, but in terms of the players below that Giroud is right up there with the best of them, no question.

Much of how today goes will depend on these two, so fingers crossed they can play their part as well as they did earlier in the week.

Right, that’s it for now. Back in a little while with a live blog so if you’re stuck doing Sunday things and you can’t see the game, follow it with us and fellow Gooners right here.