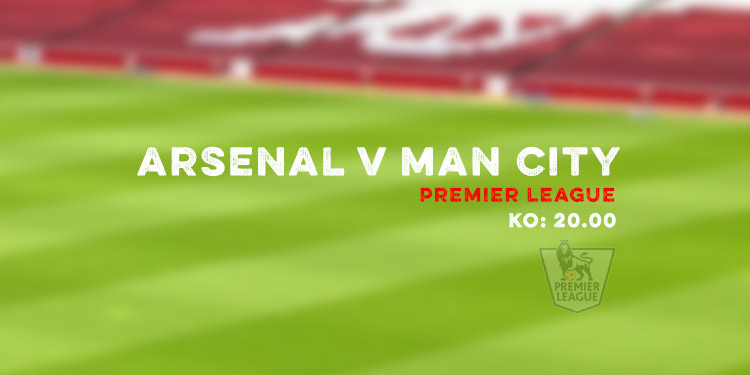 It’s been a long weekend, and after Leicester’s win sent them 5 points clear at the top of the table, tonight’s game with Man City feels all the more important.

I still think Claudio Ranieri’s side will slip back as the season goes on, but there’s no disputing the stone-cold fact of where they are in the table right now, and as tonight sees second take on third, it has a big bearing on how it will look at Christmas time.

To most of us it feels unprecedented that a team like Leicester, newly promoted, can be doing what they’re doing but Arsene Wenger has seen it before. He says:

It happened once in my life, when a friend of mine, [Jean-Claude] Suaudeau was coaching Nantes. He called me at the beginning of the season and asked me to give him on loan one of my players who was not a 100 per cent regular. I said: “I cannot give him to you on loan because I need him.” He said: “You’re unfair because I will go down, they have sold my players and I have nobody left.”

The manager was also keen to point out that the only defeat Leicester have suffered this season came at our hands, that convincing 5-2 spanking of them away from home. We went behind, reacted brilliantly, and an Alexis hat-trick sparked the Chilean into life after an 8 game streak without a goal. Whether or not you can read much into that is debatable really. On paper it was a game Arsenal were expected to win, but on paper Leicester were expected to lose to Man United, and to Chelsea etc, and it didn’t quite work out that way.

But even if Leicester get all the respect they deserve for where they are in the table now, people will look at a game like tonight as a real measure of Arsenal’s title credentials. For a few games at the start of the season it looked as if City were going to do a Chelsea of last year and run away with it. They won their opening 5 games and were looking pretty ominous, but have been a bit hit and miss since.

They won just 5 of the next 11, drawing 2 and losing 4. And you do wonder now if the managerial situation might be an issue. It’s an open secret that Pep Guardiola is going there for next season, making Pellegrini something of a dead-man walking. Regardless of what he does this season, his job is gone. From his point of view I’m sure he won’t be anything other than 100% professional, but it may create uncertainty and undermine him to some degree.

Whether that’s evident tonight remains to be seen. I doubt it, really, and this is a game we’re going to have to be well and truly ready for because they have the quality in their side to really hurt us. If we got away with presenting decent chances to a team like Aston Villa, we’d be well advised to tighten up later on because City won’t be so careless in front of goal.

With Alexis likely to be on the bench as some kind of last 20 minute insurance should we need something from the game, it’s likely to be the same side that beat Villa in our last game. Joel Campbell’s work-rate and defensive diligence should see him start from the right where he can track and help contain Raheem Sterling who will certainly be given licence to run at Hector Bellerin.

It’s in midfield though where we’ll have to really work hardest. For the all extra offensive potential it gives us, we know the Ramini combo is less secure than it might be from from a defensive point of view. Whether than means asking Ramsey to sit deeper than usual and to temper his runs forward, or ensuring Flamini basically just sits and doesn’t get forward himself at all (“No False 9, Mathieu!”), we’ll have to see, but it feels like this area will be key.

Up front we have goals in us. Giroud is scoring, Ozil is creating like a deity who says ‘On the 7th day I will rest’, Walcott can chip in, Ramsey and Campbell are a threat, and City’s defence hasn’t been great so far this season, so if we can keep things solid at the back we have the ability to hurt them and take the points.

It’s not a make or break game this one, but certainly one that if we win will send a serious message about our title challenge. And, of course, close the gap on the leaders to just 2 points as they go into a period where they face Liverpool, Sp*rs and Man City themselves.

For those expecting a podcast today, it’s obviously going to be tomorrow because of tonight’s game. If you’re stuck you can check out Friday’s Arsecast, and James and I will be here with the Extra in the morning discussing all of what happens later on.

Speaking of which, if you’re unable to see the game, remember that we’ll have live text commentary on the live blog, and all the post-game stuff like reports, player ratings, stats and everything else over on Arseblog News. Check back here later for a post with all the live blog info, or bookmark the page and updates will begin automatically.

Right, tensions will build throughout the day, catch you later on for the game. Until then have a good one.