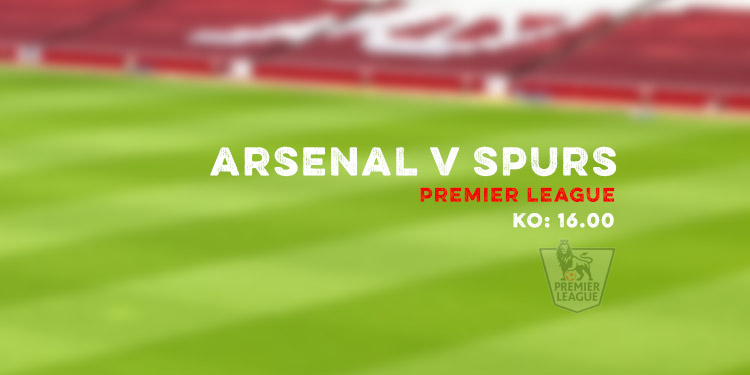 Today we look to bounce back from the midweek thumping by prevailing in a North London derby against a Sp*rs side that haven’t lost in the league since the opening day of the season. Perhaps that makes then overdue a defeat, but it’s a record which tells us we’re going to have to be very much on our game today.

There’s not a huge amount to think about in terms of our team. Mathieu Debuchy will continue at right back, I suspect we’ll see Mertesacker and Koscielny if the latter is deemed fit enough to play, and the only question then is who plays on the right. It’s either Joel Campbell or Alexis, with the option of playing Kieran Gibbs ahead of Nacho Monreal on the left-hand side.

If the idea is that Alexis would provide better defensive cover for Debuchy on the right, I’m not altogether convinced. We know he gets through a mountain of work, and it’s not unusual to see him chase back and make tackles deep in our half, but then I don’t think Campbell has been found wanting in that regard in the games he’s played.

I’d worry that the offset of that is that our left-hand side, down which Alexis and Ozil have built a pretty good understanding, would be less incisive than usual and might imbalance us. I think at home, and given the form we’re in domestically, I’d go for Campbell on the right hand to begin with.

It puts greater onus on that starting XI to perform, because it essentially means the only attacking changes we can make if we need to are kids. If Alex Iwobi and The Jeff make the bench then it’s primarily because we don’t have anyone else available, not necessarily because they’re prodigious talents on the verge of a breakthrough. Which, of course, isn’t to say they’re not talented, but still very raw.

It’s not as if we don’t have those players though. The craft of Mesut Ozil will be hugely important today and it’ll be interesting to see how Sp*rs try and deal with that. Can he expect some special attention? If they give him any kind of freedom though, he can hurt them. Olivier Giroud has got 7 goals in his last 7 games, and is clearly in good form. Again, there have been games when he’s found himself tightly marked and thus his impact lessened, but that should mean more space for someone else.

And when you have someone else in the shape of Alexis Sanchez, that’s not too shabby. After a bit of a goal drought at the start of the season he burst into life with a hat-trick against Leicester, and scored in 4 consecutive games for (6 is you include two internationals with Chile). He’s now gone a further four games without scoring, and it’d be reasonable to say his last few performances haven’t seen him at his effervescent best.

He does seem like a man for the big occasion though, and today would be a very nice day for him to spark back into life. It’s why I would play him on the left, from where he’s been most effective, and if he gets the service and/or the opportunity to hurt them, I’d be confident he can make the difference.

First and foremost though, we have to make sure that the defensive lapses we saw in Munich on Wednesday don’t repeat themselves. Taking nothing away from Bayern, who are obviously a brilliant team that played very well, we kinda made it easy for them with the sort of basic mistakes we haven’t seen that often in recent times.

But the context of this game is different. Robert Pires saying yesterday the players and manager have prioritised the Premier League is an indication that perhaps focus wasn’t at 100% on Wednesday. It will have to be today, otherwise we’ll get punished. Arsenal have only conceded 8 goals in the league, Sp*rs 9, so the defensive records of both teams will be a factor.

North London derbies are almost always tight, so that suggests today could be even more so, hence the need to be fully switched-on defensively. After that I think we’ve got the players who can cause them problems further forward.

It is always a game where the commitment and nervous force will be important. You want to keep a cool head as well. At the end of the day, you want to control your nerves and you want to focus on playing football. That’s always the best way to win a game.

Nothing that happens outside the derby can put any more pressure on really, but the fact that all the teams around us won yesterday, and Man City are likely to hockey Aston Villa today, means that this is one with just a little more importance. We’ve shown before we can cope with that this season. We went to White Hart Lane and won in the Capital One Cup after losing to Dinamo Zagreb and then Chelsea in successive games, so today requires a similar effort after the midweek defeat.

A Man Utd style blitz in the opening stages would be ideal, but I suspect it’s going to be a lot tighter than that. Fingers crossed.

There’s some further Sunday reading for you with Arsene Wenger’s full interview with L’Equipe Sport and Style – you can read it right here. It’s fantastic insight into a man who has been in most of our lives for nigh on 20 years now and about whom we thought we knew it all. Well worth your time.

And there’s still a chance to listen to this week’s Arsecast ahead of the game if you haven’t already. It should set you up nicely.

As ever we’ll have a live blog for you, so come join us for that. We’ll put up a post with all the details and how you can join the live blog chat community a bit later on. You can also just bookmark our live blog page and the updates will begin automatically.

Right, breakfast, dog walking, pottering about, getting anxious, then the game.

See you later on.