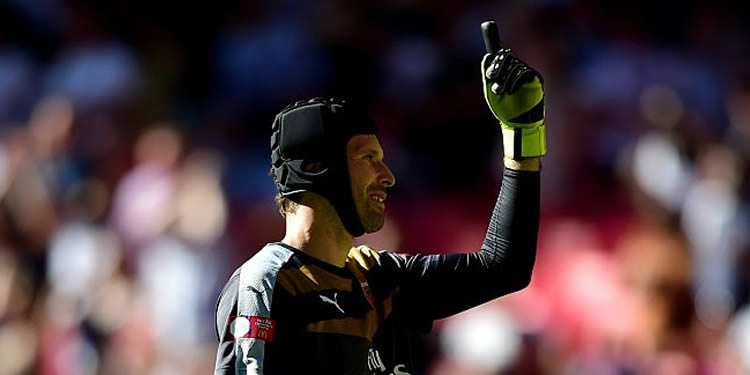 Morning all, a very quick Saturday round-up from a very damp Dublin.

There was not much in the way of good news from the press conference in terms of injuries. Hector Bellerin’s absence was confirmed, Laurent Koscielny has an 80% chance of being fit to play tomorrow, while Mikel Arteta is due to have a fitness test today.

That means another game for Mathieu Debuchy at right-back who has been really struggling. Arsene Wenger says:

Mathieu needed a little competition. Game after game he has basic fitness and now with another game he should be better.

I think we can all understand a player who hasn’t been playing not being at their best. It’s more of a worry when it’s someone with the experience of Debuchy, who probably didn’t do himself any favours by talking about his restlessness at falling behind Bellerin rather than just getting his head down and getting on with things.

He really does need a big game on Sunday but perhaps that moment in the Bayern game when he did a mini-Bellerin might just be the thing to spark him back into life. We were 4-1 down, Robben was clean through, but Debuchy sprinted back and got a good tackle in when perhaps it would have been easy to just stand there and hope for the best. I don’t think there’s any escaping the fact his form is poor right now, but I also think he’s a much better player than this so hopefully he can show it against that lot tomorrow.

Meanwhile, there was some Petr Cech stuff as he only needs one more clean sheet to equal the record held by David James. I think it’s great that it’s going to be beaten because whenever I hear David James talk about football on television he makes my head hurt. It’s like he exists in a slightly different dimension from the rest of us, where gravity isn’t quite as pully, air isn’t so airy, and football is a game that none of us really understand – at least based on what he says anyway.

So, if Cech keeps a clean sheet tomorrow he’ll equal that record. That would be good. And clearly over the course of the season it’s one that he will establish as his own. Arsene is not surprised:

I believe that there is no coincidence. What is repeated is not coincidence, it is just class. As well, not only class but dedication and consistency of quality. He is a super talent. He is certainly one of the greatest goalkeepers we have ever seen here in this country.

The manager was backed up by none other than Wojciech Szczesny who spoke about the arrival of the Czech international, and whether or not he was put out by it. I liked his response:

Are you joking? For that little money? Of course he had to. If someone offered him Cristiano Ronaldo for a good price, he would have to buy him. The manager has to think about the club and its fortune.

Why would Wenger not do it? Because Wojciech Szczesny, who grew up at the club, is here? Be serious here – Wenger has to consider the overall good of the club first.

I’m not paying a huge amount of attention to what’s happening with Szczesny in Rome. He’s had some good moments, and a few iffy ones as far as I can see, but he’s playing regularly, which is the main thing. I was told that the loan was one made with the door not closed to his return. It all depends on him and how he performs, and it could be a case that he comes back next season.

I also enjoyed the considered evaluation of him by a former Juventus keeper on television this week. Stefano Tacconi said:

He’s a good goalkeeper, there’s no doubt about that, but he’s an uncontrollable lunatic – he’s completely mad. And for this reason he’s a risk.

Brilliant. And then this:

Haha. Good marks for an uncontrollable lunatic. I like Szczesny, I have to say, and I do wonder if this season away might mature him so he can come back and learn a bit more from someone like Cech. He’s still young enough to make it work. We’ll see.

Finally for today, Arsene Wenger spoke to L’Equipe’s Sport and Style magazine. I don’t even think there’s any need to give context to what he said, it’s so good.

The only time for happiness is the present. The past holds regrets. The future uncertainties.

In the religious world, it is said that God created man. I am only a guide. I allow others to express what they have in them. I have not created anything. I am a facilitator of what is beautiful in man.

Brilliant. He can be a frustrating man at times, but as someone representative of the club I support, I love hearing him talk about things like this. Far better than asking him if he’s going to buy Chris Samba in January, anyway. There’s a bit more of it here, and I believe the full thing is available today from L’Equipe. 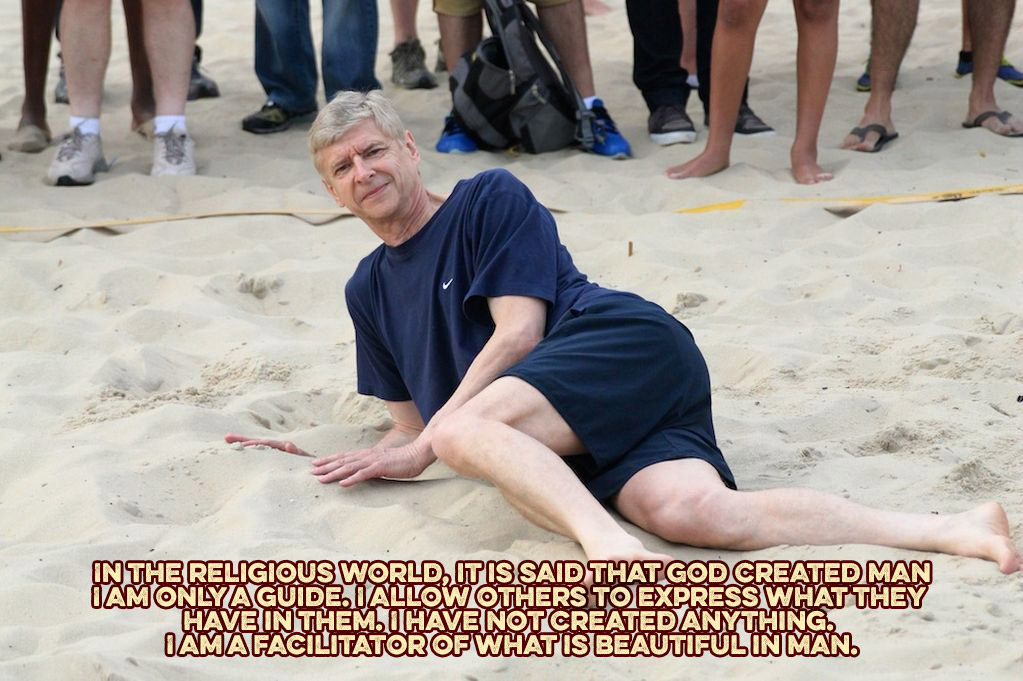 Right, that’s your lot. If you haven’t yet had a chance to listen to this week’s Arsecast, you’ll find it right here, some audio goodness to get you through.

Also, if you’re into podcasts, I’m running a little survey on my other site, any completions of it would be very welcome. I should point out it’s not specifically about football or Arseblog podcasts, more to get a general understanding of what people who listen to podcasts like or dislike etc.

Have a good Saturday folks, back tomorrow for the derby and that that entails.