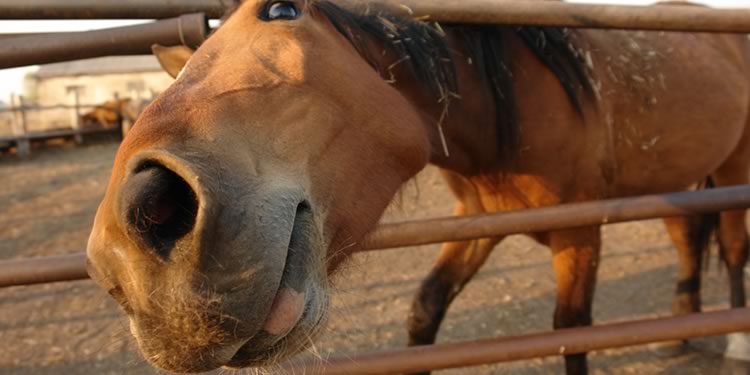 What is is they say about falling off a horse? You should get back on the horse right away, but don’t punch the horse because punching horses is wrong.

Many Arsenal fans this week would like to punch a horse. Metaphorically speaking, of course. Anyone who harbours genuine intent to sock one of our noble, equine friends, should take a good long look at themselves and question why they’d want to cause harm and suffering to an animal that isn’t a wasp, because wasps are absolute arseholes but are very difficult to punch.

The question is, are we the horse? Was West Ham the horse, thus making Crystal Palace the next horse? Or are we simply riders, with football itself being the mighty beast on which we must clamber? It behooves us find out for if not we will, in the mane, struggle to clip-clop our way back to where we want to be.

If it’s us, we’re more like a mule at this moment in time. The official definition of a mule is a cross between a donkey and pony on which one side of the family, donkey or mule, there is also a smidgeon of ass. We need to be the horse again. But not such a good horse that we’ll be immediately kidnapped by the IRA and send to Arabia to make sweet, sweet love to other horses.

If Crystal Palace are the horse then we need to handicap it. It is a proven fact that horses cannot stand Beyonce. The pitch at which she sings is abhorrent to them, causing them to lose concentration and refuse to carry out their horsely duties.

If it’s football itself, then we must mount that horse. For this is not a show-jumping arena, it’s not the Puissance, the careful, controlled arena in which he who can jump best for a short period of time becomes horse king. No, this is a Grand National. A horse marathon with leaps over fences that are as tall as houses (well, some bungalows).

Others will stumble along the way too and we must be there to pick up the pieces. And by that I mean ignore the pieces and gallop past them. Right to the finish line, the chequered flag itself, flicking our mighty tail in triumph and more triumph.

The problem is we’re horseless till Sunday. There’s no midweek action to blow the cobwebs away. We have to stay in our horse-house (someone should invent a word for one of those), until the various horse universes collide at Selhurst Park on Sunday. We’ve fallen at the first but we have to right ourselves and catch up because the rest aren’t too far away just yet.

To round off this analogy I once rode a horse and the horse stopped and did a massive poo on the road, right in front of a police car. I’m lucky to be alive.

As you’ll have gathered there is nothing going on. Ok, so we’ve loaned Emi Martinez to Wolves for the rest of the season. That’s a thing. It’ll be interesting to see how he does there because he’s very much at the age where he needs to play, and as third choice at Arsenal behind Ospina and Petr Cech his chances of doing that at Arsenal were slim (although marginally increased after what happened on Sunday).

Will he go out and come back ready to stake a claim for a first team place? Or will he join the ranks of promising young stoppers who never quite make the grade? Vito Mannone, James Shea, Sean McDermott, Stuart “Half-man, Half-bench” Taylor, Craig Holloway, Lincoln Fastpants, Nick Rampart, Patrick Stapler, Jedward Wallaby, and Trevor D’Espresso, all came through the ranks and now ply their trades across the globe. Some of them aren’t even goalkeepers any more.

It will mean a promotion for another candidate hoping to avoid that fate in the long term. Matt Macey is the senior candidate, at 20 years of age, while Ryan Huddart, who actually made the bench for a Champions League game last season (that 2-1 win over Anderlecht when we scored twice in the last couple of minutes), is another candidate.

He’s a big chap, Huddart, as the pics of him alongside Jack Wilshere and Santi Cazorla show (it’s a tribute to our club photographers that they managed to capture him in exactly the same pose wearing exactly the same clothes): Also, eagle-eyed youth expert @JeorgeBird points out that the departure of Martinez leaves the first team squad with just 24 players in it. Does that mean they’re making room for an arrival? I’ll leave that to you to idly speculate on all day.

Chuba Akpom also scored again for Hull, making it two in two games since his loan spell at the KC Stadium began. He is clearly inspired by the perspiration and licorice musk of Steve Bruce.

Right, that’s it. Nothing else is happening this morning. Nothing might happen again all day today. It’d be good if something did.

Now, giddy-up. And don’t poo on the road.