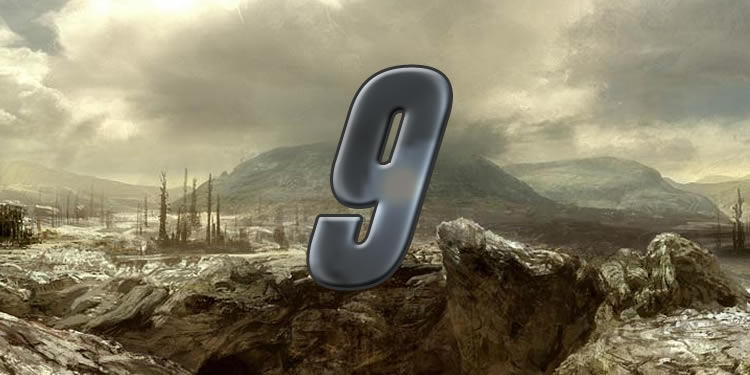 Maybe this week will provide some variety and we’ll get the name of a new player we’re probably not going to sign and it will be the end of days when we don’t because this player will be the one who will solve our problems forever and ever. And we certainly won’t look back in a few years time when he comes back from a spell in The Maltese First Division to sign for a newly promoted Premier League team and think ‘phew’.

I’m sort of inclined to think we might actually bring one more in. This list of our squad numbers for this year has a rather conspicuous gap at number 9. Now, I know many people out there feel like there’s a curse on our number 9 shirt – this, of course, is bollocks.

Sure, there have been some failures, like Francis Jeffers (now a Minister for the Church of the Beleaguered Angels somewhere in Cheshire); Julio Baptista, famed throughout the lands for his overhead kicks; Park Chu Young, I still have no idea what the hell was going on there, but I will be forever thankful for this signing because it brought about this rather epic chastisement of James from Gunnerblog who will forever have trouble on his mouth (“look at your goofy head”, a piece of rap lyrical genius that should live on through the ages).

Jose Antonio Reyes was clearly a good player but one bedeviled by family issues and lack of that thing we know as the sun (in this part of the world we know it exists but see it so rarely as to make us dubious that it isn’t a hoax of some kind); Lukas Podolski scored quite a good few goals in relation to his appearances but he was never the kind of NUMBER 9 number 9 people wanted him to be; and then there was Eduardo who looked like he was going to be fantastic until some lumbering clogger snapped his leg in two and he was never the same afterwards.

Does that mean there’s a curse on the number? Of course not. Numbers can’t be cursed. I mean, 10 was a great number when Dennis Bergkamp had it but a shit one when William Gallas wore it. It’s all to do with who’s wearing it. It’s not as if Julio Baptista would have been overhead-kicking them in from the halfway line if he’d been wearing 7 or 41 or 76 or 3.14159265359 (I wish Memphis Depay had the foresight to choose that but apparently he doesn’t use his surname).

If I were the Arsenal manager – yes, I’m projecting here – I simply couldn’t let it go without signing a player to wear the number 9 shirt. It would irritate me to have that empty. Like if you’re playing chess and one of your pieces isn’t dead centre in the square it’s supposed to be in. Who can go through life with a pawn or a bishop in the top right or bottom left or, perish the thought, overlapping into another square? Weirdos, that’s who, and while I think Arsene Wenger has his foibles, I don’t think he’d be that guy.

So, in order to complete his squad, to make it balanced, to create a numerical Feng shui, he’s got to go out and get another player. It’s a coveted number, the player you played football with who fancied himself as the next great striker always wanted the 9. It’s the centre-forward’s number. Wingers shouldn’t wear it, defenders definitely shouldn’t wear it, midfielders know better than to wear it, so there’s only one possibility and that’s the goal-scoring monster we all crave.

Based on that and that alone, I think a signing is imminent and I for one will welcome the capture of whoever it is once they’re World Class, can score from nothing, create their own chances, make assists, give us a focal point in attack, as well as blistering pace and 40 goals a season. On a side note, is it coincidence that The Jeff is wearing 54 this season (5+4)? Yes, yes it is. Sorry about that.

Meanwhile, there’s some bad news in the midfield department after it emerged that Tomas Rosicky is facing another few weeks out having undergone ‘arthroscopic surgery on his knee on August 4’, that’s according to his agent.

Recovery time is expected to be four to eight weeks [you may insert you own original and undoubtedly hilarious time related gag here, I just don’t have the gumption]. He picked up the problem on international duty, I believe, and with him and Wilshere out it robs us of that bit of midfield variety that might have been useful.

Other than that, very little going on. I did like this story about Petr Cech’s initiation, and also the fact that Mathieu Flamini and Mesut Ozil are so close they’re known as Flamzil. It sounds like a monster made from fuzzy-felt but still, amusing.

Right, that’s that. Tim Stillman will be here with his weekly column later on, more from me tomorrow when we’ll have an Arsecast and we can start looking ahead to Crystal Palace on Sunday.