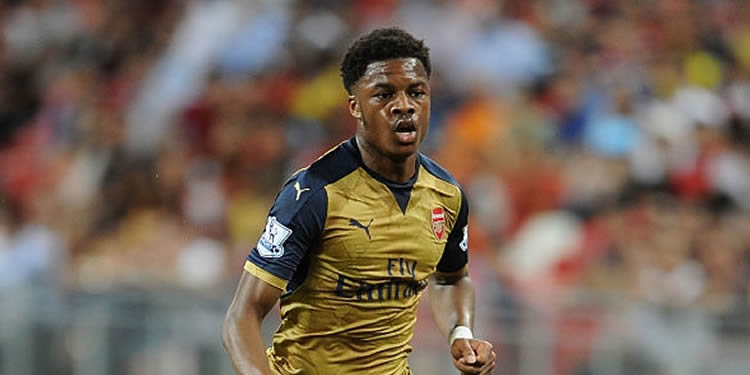 So the first game of pre-season ended in a 4-0 win over the Singapore Select XI with a goal for Jack Wilshere and a hat-trick for Chuba Akpom. I saw about the last 10 minutes on a very choppy stream, almost like stills at 4 second intervals so I can’t really comment on it as a performance. Not that you can draw many conclusions from a game like this anyway.

Obviously Akpom fulfilled point 2 from yesterday’s blog and afterwards Arsene Wenger suggested he’s going to stay with us for the season rather than go out loan:

I sent him out on loan last year because I thought he needed that. This pre-season, during the season I plan to keep him with us. He’s a good talent but he has to work and show that in games. It’s down to performance and attitude. He has that grade to make between being a big talent and after an efficient talent week in, week out. That’s of course the target.

Before crashing him right back down to earth with:

Let’s not forget it’s a friendly.

While I think most of us would love to see a homegrown striker come through the ranks and make it big, I really don’t see how a loan isn’t the best thing for him this season. While there are obviously benefits to training with top quality players, that only goes so far, and without regular football he’s not going to develop properly.

I don’t see him getting that when he’s competing with Giroud, Welbeck, Walcott and even Alexis at times for one spot in the team. It’s not even as if his loan spell with Forest was such a resounding success that you feel he’s learned all there is to learn. He made 7 appearances and didn’t score a goal, so there’s obviously still plenty for him to do in terms of his footballing education.

My suspicion is that he’ll probably keep him around for the duration of August – until the transfer window is about to close as some kind of insurance – but look to loan him to a Premier League club, or a competitive Championship side at least until Christmas. Akpom has certainly put himself in the shop window a bit with his goals, but it was only a friendly, and it really does have to viewed in that context.

Other players like Cech, Ozil, Koscielny, Ramsey, Cazorla sat out proceedings altogether but will feature in Saturday’s game against Everton:

Today I left nine players out, they will be involved on Saturday. I will rotate a bit because the week after we play two games again. For me at the moment the objective is to give competition to the players without overloading them and to be capable to work hard in training and to work on their fitness. If they play too many games, you cannot work in training.

So, more training, more fitness work, with a bit of football thrown in, and I suppose there’s some measure of time pressing on because next weekend is the Emirates Cup and the weekend after that we’ve got the Community Shield against Chelsea. While that is a glorified friendly, because of who it’s against and everything that goes with that, you want to be well on the way to peak fitness – although obviously it’s the first game of Premier League that’s the real target.

There were also some comments from the boss about Jack Wilshere who he’s challenged to stay fit and find a place in the team. Asked where that might be, he said:

For me he can play in all the offensive positions, wide and central. I have so many good creative players. If you ask all of them where they want to play, they will always tell you central. Unfortunately some of them have to go wide as well.

While getting through the campaign without an injury that derails him for months is crucial, it’s forging a place in the side that might prove more difficult. Wilshere wants to play in central midfield or as a number 10, that’s where he’s best in my opinion and you don’t need to be a football manager to know that either.

However, at the moment his competition for those places is Aaron Ramsey, Santi Cazorla and Mesut Ozil. Even Ramsey had to play wide at the end of last season to get into the team, so making himself a first team regular in the position he really wants to play in is going to take a serious amount of work.

Not only does he have to stay fit, he’s got to perform at a high level on a ridiculously consistent basis. So far both those things have been beyond him. I think the talent is there, and he’s capable of giving it a good go. We also know that injuries/suspensions often open the door for players to come in and stake a claim for a place.

It’s not quite make or break for Wilshere, mostly because I think this might be Cazorla’s last season with us, but he’s got to show that he’s the one who should make the step-up to fill those rather special shoes when the time comes.

Ideally the competition between all the midfielders for a place in the team helps maintain a level of performance from them. Wilshere, right now, isn’t a starter when everyone’s fit, but it’s up to him to get into the team and then perform to a level which makes him one. When he spoke last week about the ‘absurd level of fitness‘ required in the Premier League, that could just as easily be applied to performance, but he seems up for it so let’s see how it pans out.

Right, things to do, Tim Stillman will be here later, from me that’s it till tomorrow. Have a good one.