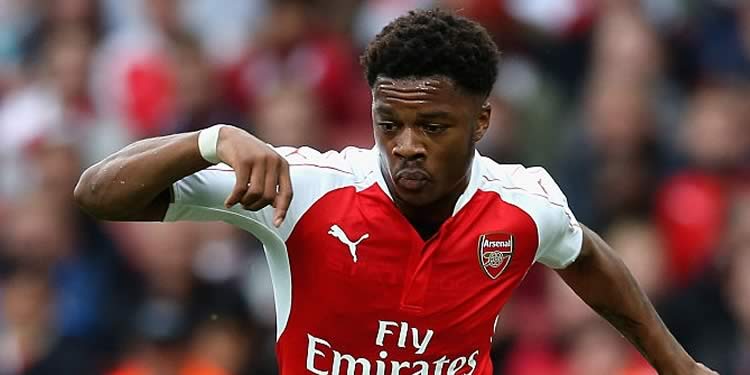 Morning all. You know we’re on the cusp of a new season when the headlines try to create dramas and tensions from very little.

If you’re a regular reader of this site you’ll know that Jose Mourinho is far from my favourite person. If he could be trapped in a giant spinning mirror and sent into space like General Zod I’d be all for it. In fact, if somebody wanted to set up a Kickstarter to create that technology I’d happily donate. He does and says things which are tedious, irritating and hypocritical.

But I’m struggling to get bent out of shape by the latest comments in which he points out we’ve spent some money, have a ‘fantastic squad with good players, fantastic goalkeeper’, and that ‘they are more than ready to be a title contenders.’

‘Jose Mourinho jabs Arsene Wenger over Arsenal’s transfer spending’ – says The Mirror. No, no he doesn’t. If anything he’s taking a pop at the media. Other examples of how his comments have been portrayed:

And so on. And look, Mourinho isn’t in any position to talk about anybody spending money given what he’s done at Chelsea, and elsewhere, down the years, especially when you look at where the Chelsea cash came from, but this is all pretty desperate stuff. You can be quite sure as the season goes on there’ll be something going on between the two managers that’s worth some serious headlines, but this really isn’t it.

Especially as he’s not responding to anything that our manager has said. If he’d made comment about how much money Chelsea have spent, then he might have been inclined to take a pop, but these are innocuous comments that have been blown out of all proportion. It’s almost as if there’s some desire to make a story seem more interesting than it actually is. I can’t imagine why they would do that though – certainly not when Arsenal have a pre-Community Shield press conference today at which they can stir things further.

Whatever their reasons though, I wish them festering boils on their sensitive bits for making me write something about Mourinho that might be construed as a defence of him. So, just to make it clear, this is a criticism of the reporting and not, I repeat NOT, any kind of Mourinho advocacy. Now, let’s move on.

*douses self in TCP*

For all the excitement of The Jeff at the weekend, the chances of him featuring much in the first team this season are pretty slim. His age and inexperience mean he’ll be developed behind the scenes until he’s more ready (or until everyone’s injured and we have no choice). It was interesting to see the freedom with which he played in contrast to that of Chuba Akpom who looked to be trying just a bit too hard to make an impact himself.

It’s understandable because at 19 years of age, and having signed a new deal last season, he desperately wants to impress Arsene Wenger to increase his chances of playing. Last week the manager spoke about how he wasn’t inclined to loan him out this season, sentiments shared by Akpom who spoke about his desire to stay and fight it out for a place:

I’d prefer to stay here and fight for a place and give it my all and compete with the other strikers. There is a lot of talent in the team but I think I am capable of competing and getting a place in the team, it’s all down to hard work.

That’s an admirable attitude, of course. It’s far more of a challenge to try and earn a place in a side when you’re competing with Olivier Giroud, Danny Welbeck, Theo Walcott and Alexis, than going to a side where the quality doesn’t come near that. It’s not particularly pragmatic though. Bar some kind of injury crisis, it’s impossible to see him get anything more than a fleeting substitute appearance or a couple of games in the Capital One Cup.

Towards the end of the Wolfsburg game there was a moment when he showed good strength in our half to break forward, ably supported by Giroud and Ramsey who would have been clean through if his pass had been right. Instead, you could almost see him weigh up the possibility of going alone, and by the time he’d decided that wasn’t the right option, his final pass was cut out.

The pressure to contribute something, especially after a hat-trick in Singapore, played a part in his decision making there, and it’s those kind of situations he has to improve in and I’m not sure he’s going to do that simply by training with the top players. There are obviously upsides to that, of course, but at his age, and having outgrown the youth teams he’d benefit most from playing regularly somewhere else.

Whether there’s a mid/low-tier Premier League team, or a top end Championship side ready to give him a chance remains to be seen. It’d also be interesting to see if options abroad would be considered. Not only there is a footballing benefit, but a personal one too as there’s experience of a new kind of football, a new culture and language, all of which can round out the education of a young player.

Look at Sanogo at Ajax, if that kind of option were available, he should be all over it. I suspect that the fact Danny Welbeck is currently sidelined means the manager will probably hang onto him until the England man is ready to play, but after that I think we could see him go out on loan for an extended period because playing, and seeing him perform, is the only true measure of how ready he is for us.

Right, that’s just about that. If you haven’t had a chance to listen to this week’s Arsecast Extra you can find it here or listen below.