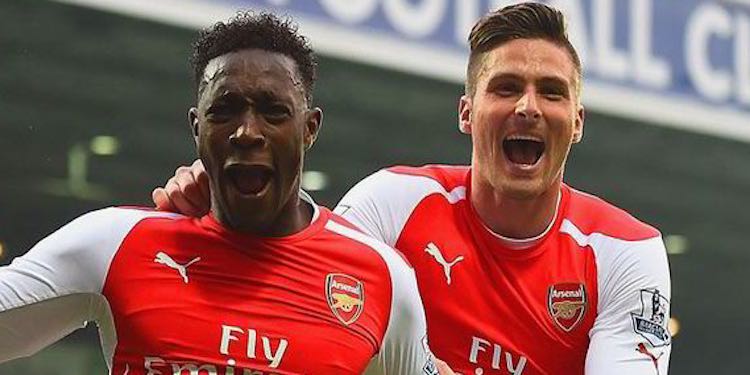 Good morning to you, and welcome to Wednesday – my last day of the week in the office. Yay for me.

First off today, news of a couple of loan deals, and it looks like Carl Jenkinson is off to Sunderland. He had a good time at West Ham last season, making 29 appearances for the team formerly managed by Sam Allardyce, and from what I understand was well thought of by the Hammers’ fans, but despite their seeming desire to keep him, apparently Sunderland have made a full bid for his services, but it looks like we’re only willing to let him go on loan.

I have to say it’s difficult to see a way back for Jenks at Arsenal at this point. We spent big on Mathieu Debuchy in that position, and then Hector Bellerin has been very impressive and taken his chance well this past season while Debuchy was injured, so Jenks going out on loan at the very least seems like the best move for all. Arsene Wenger does seem to want to keep him though:

We will sit down together at the end of the season, but my target is to keep him here at the club.

He has had a great season for me and he has moved forward and overall he has gained a lot of confidence.

The decision I have to make is do I bring him back now or does he need one more year now to play in the Premier League. It is not decided yet.

Meanwhile, in a possible blow for the Arsenal Gentleman, it looks like Ainsley Maitland-Niles is set for a loan deal at Ipswich. He’s highly thought of at the club, so good luck to him there.

Next up, the Petr Cech rumours just won’t go away, or move on, with the latest being that according to the Chelsea goalkeeping coach, much like some kind of a Roman Emperor, a move to Arsenal would “please him”:

The advantage is that Arsenal is a top club, with a philosophy that pleases him and that is in London. It is a base for consideration.

He wants to stay in England, but I don’t know where are the discussions.

So there you go. He wants to stay in England, and Arsenal would seem to have the advantage, but his future is definitely not decided. Clear as mud. There appears to be some suggestion this morning that arch-cunt Mourinho wants Oxlade-Chamberlain to go to Chelsea in return, but if that’s the price of Petr Cech, I’m very much of the opinion he and Mourinho can take the goal keeper’s not-silly-enough hat and swivel.

Next up is Santi Cazorla, who’s excited by the prospect of the club signing players like Mesut Ozil and Alexis Sanchez:

I got very excited. It’s extremely important to see how everyone gets excited because the more players of the calibre of Alexis and Mesut that join, the better I will become as a player and the better the team will become.

Because of their style of play their games combine together, and the best thing for us is the team is stronger because of it.

An excited Santi is an exciting prospect indeed, even if what he says is rather stating the obvious. I think there’s an argument to be made that Santi was our player of last season. He adapted to an unfamiliar position, playing a blinder, and was integral to the quick, counter attacking style we developed.

Danny Welbeck says that Arsenal are yet to see the best of him, and is willing to play wherever the manager sees fit that helps the team:

Wherever you play on the pitch, whether it be the left, on the right or down the middle, you are going to give you best. I know I definitely have more levels to go to, and I am really looking forward to doing that next season.

Having suffered a bit from injuries, particularly towards the end of the season, I don’t think it’s harsh to say he’s got room for improvement, but at the same time, he’s made his contribution in his first season, scoring some important goals, particularly that one at Old Trafford that delightfully knocked out the horrible Manc scum before we went on to win the cup.

He’s another one to mention how we need to push on and make a bid for the title next season – again, good to hear:

We definitely want to push on as a club. With the players we’ve got there is no reason why we should not be up there challenging for the Premier League – it is something which is within our ambitions as a team.

Our slow start at the beginning of last season cost us in May, and when we look back on the points we should have got, then we would have been right up there.

And that’s your lot. Keep up to date on the day’s events over on Arseblog News, and I’ll be back with more tomorrow.