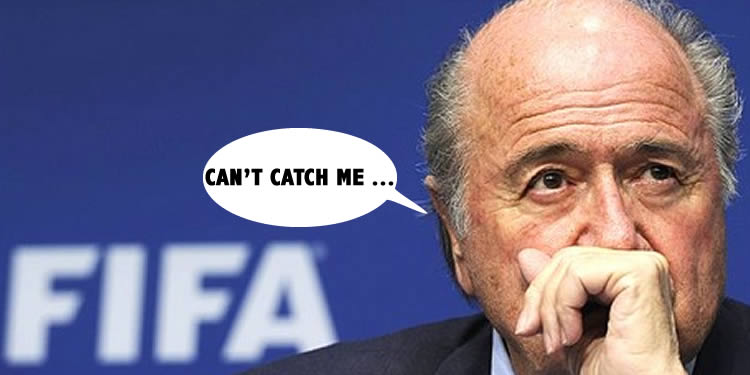 Because of all the build-up and the brouhaha this week, the manager’s FA Cup final press conference took place yesterday. There was something of a festival of media with the presser, open training (that sadly doesn’t mean you can join in), player interviews and all the rest.

He was giving little away in terms of his team with the only absence of note being Danny Welbeck. It’s a shame for him as he played a big part in getting us there and was never involved in a final for Man Utd, but other than that everyone seems to be fit.

There was even a sighting of captain Mikel Arteta back with the group, Mathieu Debuchy is training again, and Alex Oxlade-Chamberlain’s 15 minutes against West Brom provide him with the best chance of being involved in Saturday’s squad. You have to think it’s way too risky to include the other two as anything other than subs – and even then we have enough fit bodies so they’re likely to miss out.

Speaking about the selection for Saturday, Arsene said:

I have some big selection decisions to make on Saturday. Even to leave some top internationals out of the squad shows that we have a very big squad.

He refused to be drawn on the goalkeeper issue too. Asked if there was a reason why he might play David Ospina ahead of Wojciech Szczesny, ostensibly the cup keeper, he said:

There’s no obvious reason, but I will not tell you anything today.

I continue to vacillate between the two. You can make a reasonable case for both of them starting, or not starting, but what strikes me about this situation in general is how daft it is that we’re in this situation at all. How about next season, if we’re in a cup final, we just play the very obvious number 1 goalkeeper who is clearly better than the others. Like when David Seaman didn’t play in any round until the final but played the final because he was the best and gave you more chance of winning the game.

It was the same with Jens Lehmann in 2005. Manuel Almunia was given a run out in the 5th round against Sheffield United (and the replay), and I think he might have saved a penalty in the shoot-out but in every other round of the cup it was Jens. Because Jens was the best. I mean, I get the idea of using the cup to keep your second choice keeper sharp and to give him some playing time, but to have this kind of selection issue for the second year running is, to me at least, a sign we need to get our goalkeeping shit sorted once and for all.

You could argue that it’s because the two keepers we have are so close in standard that it’s hard to choose between them, and I get that, but I would counter by saying neither of them are of the highest quality and maybe that’s where we should be looking. Anyway, that’s one for the summer.

And speaking of the selection decisions for the manager, Tim Stillman takes a look at the potential areas where the manager might be having some thoughts. From my point of view I see the keeper and striker as the only decisions he has to make. I’d be very surprised if Nacho Monreal didn’t start at left-back – he’s been miles ahead of Gibbs this season in terms of his performances and consistency, so he’d be very unfortunate to miss out.

Wilshere, despite his good display against West Brom on Saturday, hasn’t done enough to take Aaron Ramsey out of the team, and the only way I could see him start is if you drop someone like Santi Cazorla. And doing that for an FA Cup final would be a massive gamble. So, it’s just Ospina or Szczesny and Giroud or Walcott.

I won’t speculate just yet – mostly because my mind keeps changing depending on the time of day/cloud cover/how hungry I am/what’s on the radio etc – but will try and nail it down in the next couple of blogs.

Elsewhere, the FIFA stuff is extraordinary. Dawn raids, arrests, an FBI investigation, a Swiss investigation into the awarding of the 2018 and 2022 World Cups, and even Swiss nationals like Sepp Blatter being told they cannot leave the country.

The scale of the corruption would be mind-boggling if it wasn’t just about what we were all expecting. ‘Oh, they took hundreds of millions of dollars worth of bribes and kick-backs? I would never have guessed’. That they’re even considering going ahead with Friday’s ‘presidential election’ tells you everything you need to know about them as an organisation.

It does feel as if the whole house of cards could come tumbling down, but like many of you I live in a country where the powerful and the rich tend never to be held accountable for their misdeeds. Church, state, politicians, banks etc – except on a very superficial level now and again – waft through a crisis and ultimately never pay the price they should.

I hope that this is different, that the obvious corruption at the game’s governing body means that those involved are fully brought to task. There’s a hugely distasteful hubris to Sepp Blatter and the FIFA Executive committee, who have grown so accustomed to having all that power that they have made decisions only those who feel truly untouchable would.

A World Cup in the desert in a country that has no football stadiums where slave labour dies to build them. Shouldn’t that have been the final straw anyway? Where was the moral stance from Football over this abomination of a decision? Where was the disquiet or disapproval from sponsors and advertisers whose support – both explicit and implicit – has gone such a long way to fund and maintain the lifestyles and power structures?

Now FIFA has been touched, and I hope it’s not the gossamer brush with the law that so many powerful people feel. What a number of people have said to me is that these US prosecutors don’t mess around, so fingers crossed that it takes out everyone who deserves to be taken out, and that those who profiteered and more are punished accordingly.

Especially Sepp Blatter. He might claim to not know what goes on underneath him at all levels, but even if that were true it simply highlights his unsuitability to be in such a position. I should point out that I don’t believe that be true, he’s up to his wobbly fat neck in it, and as such ought to take the fall. I hope those around him sing like canaries. Let’s be ‘avin ya, Sepp.

Right, that’s about that for now. Just a reminder that James and I will be doing a live broadcast from The Tollington on Friday evening from around 7pm. Come along, have a beer and a chat. We’re not 100% sure what exactly we’re going to be doing, but all going well from a technical point of view we’ll be listenable in the pub itself and streaming online here on the website, but I’ll give you more details of that tomorrow.

I’ll be back then with an Arsecast, until then have a good day.