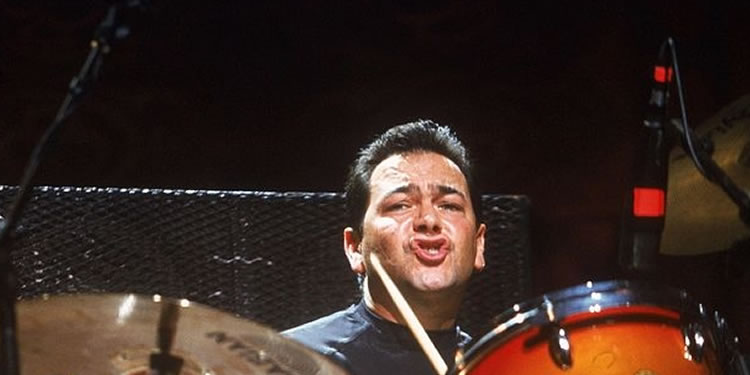 Good day to you all.

It’s quite something when the biggest story of the day is how Jon Moss is going to referee the FA Cup final in May. The former Culture Club drummer got the nod over Mark Clattenburg, much to the surprise of everyone. Including, it seems Mark Clattenburg, who was expecting to be in charge of the game.

This prompted Mark Halsey to go on some kind of rant about how it was all politics and that this was the FA’s way of showing UEFA that they don’t rate Clattenburg because they want Martin Atkinson to be their fella at the European Championships next season. No doubt Paul Durkin or Dermot Gallagher will be asked for their two cents and it all sounds a bit like politics.

And, let’s be honest, there are few things in this life more irritating and tedious than politics. Obviously there’s an election upcoming in the UK and I think elections are a tremendously unfair way of choosing any kind of government. The best way would be for me, as some kind of benign, cuddly dictator, to choose who should be in charge, but all these people with their posters and their debates and their soundbites and lies … well, it’s all so unseemly.

Yet as real politicians spoof and dissemble their way to the polling stations, we’re now faced with internal refereeing politics and there’s something about Mark Halsey’s face that disquiets me. Like, every time I see him I’m glad I’ve forgotten him. He looks like a Grandad who has been told if he sucks vigorously on this special Werther’s Original he’ll gain some kind of superpower or elixir of eternal youth, and he sucks and sucks and nothing happens and that’s when he’ll get angry and start lashing out or running over orphans in his car.

Should we give a shit who the referee in the final is? Ideally we should not. There should be a measure of relative competence when it comes to match officials and this season I think they’ve found a level of consistency that we’ve never really seen before. Unfortunately, they have been consistently shite from the opening day right up until now, so it’s not really a positive thing.

Maybe it’s easier that way, to make the best ones as bad as the worst rather than improving the terrible ones. Still, the PGMOL (Professional Game Match Officials Limited – a limited company, eh?!), are accountable to nobody and it’s in their interests for referees to be more visible. I think everyone agrees the best referee is one you barely notice in a game, but what good is referee you don’t notice when they’re sponsored by EA Sports.

Anyway, let’s hope that Jon Moss has learned how to use his spray can of wall-marking stuff (sponsored by ‘PitchBitch® – the all new Fantasy Football game where you pick your favourite 80s female pop stars to play for your team’), and his whistle (brought to you in association with ‘Mandrex Toilet Paper – after you peep it’s time to poop’), and that he’s not the focus of any discussion on the day.

From an Arsenal point of view there’s little going on other than some worry over Per Mertesacker ahead of the game against Chelsea on Sunday. He’s still feeling the effects of the challenge that damaged his ankle on Saturday against Reading, but hopefully it’s nothing too serious. It’s good now that we’ve got an obvious replacement in Gabriel, and while the Brazilian has been promising I think we need the experience of the BFG in this run-in.

The former Villarreal man did ok when he came on at Wembley but I do wonder if he’s still trying to get up to speed with English football. I mean, why wouldn’t he be? He’s only played a few games so it’s perfectly natural.

It’s obviously too early to make any real judgement on him, but from what we’ve seen, I think there’s a cynicism to his defending that’s interesting. There was a moment on Saturday when a Reading player turned away from him and his solution to this was to essentially jump on his back. It follows a moment in the Middlesbrough FA Cup game when a player went to go past him and he said ‘Oh no you don’t!’, and took him out.

I have to say I like that because you don’t get any points for being nice and if you can stop potential danger in any way possible then that’s to be admired – assuming, of course, that you don’t get yourself sent off. So far his transgressions have been only worthy of yellows, so that’s good. The flip side of that, however, is it’s usually better not to let yourself get into a position where you have to leap on an opponent’s back, so maybe that’s something he can work on.

Also, as I mentioned on Sunday, he looks like he’s handy in the opposition penalty box from corners and free kicks. We’ll need to see him over a longer period to determine how consistently he can be a threat, but some players are just naturally good from those situations and it would be good if he was one of those.

Right, that’s that for this morning. Anything stirring throughout the day, you’ll find it on Arseblog News. More from me tomorrow.