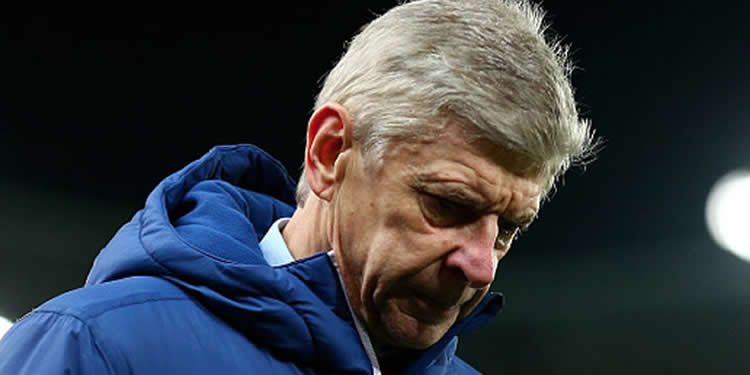 Morning all. A fair bit to get on with this morning so we’ll start first with the nuts and bolts, and we travel to Turkey today for a Champions League clash with Galatasaray.

As it stands it’s still possible for us to top the group but it’s far from likely. As such I suspect Arsene Wenger is going to take the opportunity to rest certain players. We know already Alexis won’t be going, Laurent Koscielny won’t make the trip either as we try and get him ready for Newcastle at the weekend, and I wouldn’t be surprised at all to see a plane full of kids make the journey.

Players like Podolski, Campbell, Sanogo and some names we might not be that familiar with will probably get a start and a chance to show what they can do, but it’s not a game from which I’m expecting much. It means that the ill-feeling that has manifested itself in myriad ways following the Stoke game is unlikely to be offset by a good result.

A few players will not travel because there’s not a lot at stake and we have given a lot in the last two weeks. We have to recover a little bit. First place hypothetically, but there’s maybe a 10 per cent chance.

We have already qualified and although finishing top would probably make our draw easier, I fully understand the temptation to rest players. The knock-out round of the Champions League is a problem for next year, we have to prioritise next week. It’s obviously not ideal but that’s the reality of the situation we’re in. Even in midfield we’re short of genuine options to give Ramsey or Flamini a break, for example, and I wouldn’t be at all surprised if the manager dipped deep into the youth system for this one.

Meanwhile, video emerged last night of Arsene Wenger being booed, and more, at the train station on the way back from Stoke on Saturday. It’s here if you haven’t seen it. It’s one of those things that will make people uncomfortable for a number of reasons. Apparently the players/staff got pelters from the away fans at half-time as they went down the tunnel. Fans who had witnessed a pretty appalling Arsenal performance were vocal in their disenchantment and I’m not sure that anyone would suggest that’s hugely inappropriate under the circumstances.

Booing in itself isn’t what I’d term abuse either. It’s a sound of the ages to express basic unhappiness at a situation. Lose a game and there are boos. Make a substitution that people don’t agree with you and you get boos. Play badly and there are boos. That is true not just of Arsenal, but of football/sports/life in general. Sometimes it’s pure pantomime stuff, witness Stoke fans booing Aaron Ramsey or, indeed, booing Calum Chambers for having the temerity to assault Peter Crouch’s elbows with his face. It’s a way for a large group of people to express a similar opinion.

However, I think what we saw on the video goes beyond that. There’s something a bit insidious about lying in wait with your camera to make sure you capture the boos on film. When the boos are accompanied by people telling Arsene Wenger to ‘fuck off’ or ‘get out’, then it goes beyond the natural, reasonable expression of unhappiness. For all his faults I don’t think he deserves that kind of treatment, and the fact that it was filmed to show to the world suggests a measure of premeditation to it. A desire to be part of the story rather than simply reacting to it – something all too common these days.

Update: I’m told the person who took the original video just wanted to get some footage of the team boarding the train and has since removed it, saying, “I support my club and manager an never wanted this negativity to come out hense [sic] me removing video after 5mins.  I didn’t want this to happen can check my previous tweets since last night to prove my point.”

So I’ll absolutely withdraw the point about the nature of the video capture.

I mean, who doesn’t get the frustration of seeing your team play like that and to see the issues we could all see have such a negative impact on our squad this season? I completely understand the point of view of people who think it’s time that Arsenal find themselves a new manager but there was something distinctly uncomfortable about witnessing that video. I’m speaking only for myself but as much as he drives me mad at times, it just hurts to see him in this kind of situation.

Yet at the same time it’s also faintly ridiculous. The bloke telling Joel Campbell to ‘get out while you still can’, is one of the great, unintentional comedy moments of our time. As if Campbell is some kind of footballing ingenue being ruined by the manager. The same manager who is getting more from Alexis than any other manager has in the past gets no credit for that, but the fact he doesn’t play a bloke who scored a few goals in Greece and had one decent game at the World Cup is a reason to slag him off without, perhaps, thinking the issue is with the quality of the player himself.

It’s faintly ridiculous because it’s a high profile football manager in one of the best jobs in the world getting booed and being told to fuck off by some fans as he passes by them in a few seconds as they wait for a train home. It’s not the time for a lengthy entreaty about how he should have bought more defenders in the summer. I don’t like it, but should people be hidden away from the most vociferous opinions?

More than anything though, it’s sad, because the fracture in the fanbase is showing no signs of healing. The extremes of opinion are farther and farther apart and there appears to be less willingness to discuss and debate, or just talk about things with basic manners and decency. Anger is the driving force, abuse becomes more the the norm and with each bad performance and each bad result the anger multiplies.

It’s sad because it appears that Arsene Wenger is now very much swimming against the tide. For some there’s nothing he can do to ever turn things around. Their mind is made up and that’s fine, but a man who has given so much to this football club and brought some of the best things we’ve ever seen is likely to see out his tenure in a difficult and unseemly way. The embers burn very brightly, and it doesn’t take much to turn a spark into a flame these days. There’s a zero level of patience for anything anymore and I think it’s a desperately unhappy situation that he’s the target of such abuse (and I don’t just mean the stuff we saw on the video).

It’s also sad because even if you do think the time has come, or will come in the summer, I’m not especially confident that the people who run the football club are capable of making the right appointment. Can Sir Chips and Stan and lil’ Josh get together and choose the new man? Or will they simply decide that the manager they implicitly trust is the best man for the job regardless of what happens this season? What seems the most likely outcome to you? And what does that then do for the levels of conflict that already exist?

From a position in the summer where we’d won the cup and signed good players and things seemed pretty robust, it’s now obvious that Arsenal as a football club is in a pretty unhealthy situation both on and off the pitch. There’s no obvious solution to it either, regardless of what some would have you believe.

We’ll just have to take our medicine and hope for the best.

James and I will have an Arsecast Extra for you this morning, no doubt discussing Stoke, the Wenger stuff and more. If you have questions, please send them to @gunnerblog and @arseblog on Twitter with the hashtag #arsecastextra.