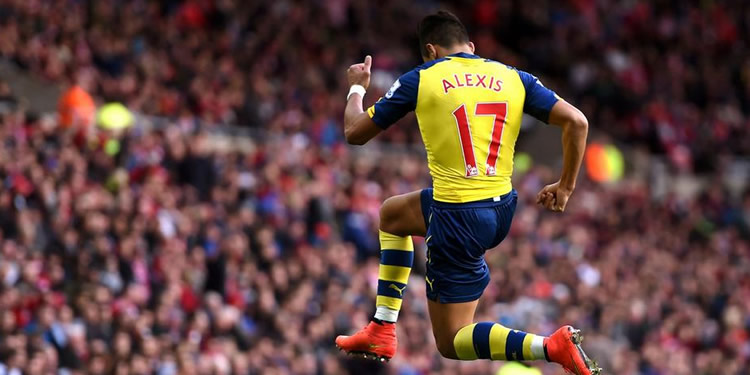 It’s hard to know how to do this particular blog because do we need another examination of what’s not happening for us right now? Like Anderlecht in midweek we didn’t really perform as well as we can, but in the end we’ve taken three points for the second time in as many days, and a week which had been difficult following the Hull game has, on paper anyway, turned out as successfully as it could have.

We’re not playing well, there’s really no question about that, and what we saw at the Stadium of Light were two teams low on confidence (for various reasons) scrapping away at each other like two grannies with their handbags over a parking space. It was mildly amusing for a few seconds then you realise it’s just a bit sad.

Without Wilshere and a rested Aaron Ramsey (a decision met by some ire but I think we have to consider that the manager might just be resting him for a reason. The ire would be more Ire-ish (diddly-eye) if he’d played and tweaked his hammy for example), we had Arteta and Flamini in midfield. A pairing that will give you solidity, but not much in the way of creativity.

That was the job of Cazorla, Oxlade-Chamberlain and Alexis, deployed in the number 10 role behind Danny Welbeck. While the first two didn’t have much joy, the Chilean was a joy to behold. His relentless energy and desire are, as I’ve said before, an example to those around him. Watch him gesture to the Arsenal players sitting deep as he moves out to press the opposition. For him it’s second nature, the rest of them have to learn to keep up.

His first goal was an example of that. Mertesacker booted it clear from defence, it fell to Wes Brown, Alexis was on him like a flash and although the error was schoolboy stuff the presence of our man surely played a part. He scampered through on goal and his finish past Mannone was aided and abetted by the keeper sitting down on his arse. Probably out of meek acceptance because Alexis looks such a confident player in front of goal, he’s never going to miss a chance like that.

Cazorla almost made it 2-0 and the game entered a period where we couldn’t break them down to get another while they were determined not to concede one. It took us until the latter stages of the game to create more chances, but those were on the break. We sat deeper, allowed Sunderland to build some pressure and three or four times made good openings that should have sealed the game. But for the fact Santi’s had his boots set to ‘Boot over Hadrian’s Wall’ rather than ‘Calmly finish into the net’ the game would have been over long before it was.

In the end we had Mannone to thank for another error. I felt for him, I have to say, but it was a bad, bad mistake and once again Alexis was there to take advantage. In the 93rd minute, after running his hole off all day long, he was furthest up the pitch and ready to pounce on keeper’s mistake in his own 6 yard box. If I had a hat it would be off to him. In fact, I might go and get a hat just to do that because there’s is much to love about him.

I know it’s linked above, but do take the time to read the statistical analysis on him by @7amkickoff for Arseblog News. He’s a phenomenon, an indefatigable toiler with a fusion core who will run and chase and score and create and tackle and harass and torment the opposition, and without whom we’d be in a much more difficult place. He ought to be the inspiration to those around him – unfortunately too many of them seem quite happy to stand and admire what he does rather than join in themselves.

On top of that, if we’re seeking positives this morning, we can hope that two away wins in a week will instill at least some confidence and belief in the team. It’s a results business, as we keep hearing, so fingers crossed the wins in Belgium and yesterday will go some way to influence our performances in a positive way. We are absolutely shorn of the confidence we need to play the way we’d like and it does take time for that to rebuild itself.

It’s such an important factor too. Look at what West Ham are doing right now. They’re powered along on a wave of the stuff and it’s potent. I’m not suggesting that all our problems are down to this one intangible essence, but it does play a significant part so let’s hope the two wins this week help a little.

On the downside though, and there’s always a bit of that these days, we lost Kieran Gibbs with a hip injury. Hopefully he just took a bang rather than pulling something out of its socket, but it was obvious he was struggling for some time before he was taken off. The substitution meant every member of our back four had to shift one place to the left, and the sight of Per Mertesacker holding his groin was worrying.

It goes without saying that we can’t afford any more injuries back there, so let’s keep fingers crossed the week we have between this and the Burnley game will allow us some measure of relief and the ability to get players fit and well in an area where we’re more stretched than a caprine Internet meme. If Gibbs is out for a bit, if you generously include Bellerin as a senior defender, we’re down to our last four. Gulp.

So, overall a difficult day, a performance which didn’t answer too many questions, but three points. It’s easy to say they only came about because of Sunderland errors, but you also need to have someone to take advantage of those mistakes and in Alexis we had that player, so I’m much more inclined to give him the props. He thoroughly deserves them.

Have yourselves a good Sunday (and don’t forget the clocks did something last night). Till tomorrow.