Have you ever seen such a motley array of everything wrong with 21st century humanity all in one place? ‘tis like a museum of horror, a street level grand Guignol . Mr. Dickens, a famed Gooner, would have taken one look at the centre of Tottenham and dismissed it as too far-fetched in its depravity. Not only does it sport multiple gangs of pickpockets as fabled by his good self, but footpads, arsonists, cut-purses, low dogs, vicious beggars, corpulent filth-vendors and tickle toms.

But even if you go beyond Spurs’ first team, the actual inhabitants themselves are the worst kind of low-life. The burning of their own town when the required amount of training shoes and modern gramophones were not forthcoming, for example, is still fresh in the memory. The regular and ritualised chanting of a racist epithet. This insistence that they are a ‘London Club’ when in fact until very recently they were slap bang in Middlesex. Their style, attitude and approach to football, which we all clearly remember meant that they won naught votes when they tried to join the Southern League in 1892.

So there is your context. A club of chancers, no-hopers and never-weres supported by the terminally deluded & the criminally insane.

What a delight then, for our chaps, once they had received their immunisations, to head up there and win the match in such an ugly manner. England’s finest sentinels, Messrs. Costerley and Meatlocker, formed something akin to a brick wall whenever Tottenham railed down upon Woolwich. I think we all know what the outcome would have been in The Crimea if Larry and Perry had been on the border – Mr. Putin would have been sat on his Harris with a bewildered look on his face wondering why his shins hurt.

It was of course an afternoon of mixed feelings for well-known Arsenal fan, Timothy Sherwood, who stood up for most of the match-up to spare him the embarrassment of sitting on his hands in the away end, as we all have at one point or another. After the game he was typically creepy, talking about ‘exposing cracks’, which brings to mind nothing more than a knock on the door from the fine stout policeman of Operation Yewtree and the subsequent confiscation of a hard drive. I’m sure it was a perfectly innocent comment, a slip of the tongue, rather than the deranged chunterings of a bewildered pignut. Agent Sherwood’s tactics, although charming, do seem to amount to lumping it up to their unmentionable, gangling striker, and having ‘passion’. These days unfortunately that simply does not pass muster. 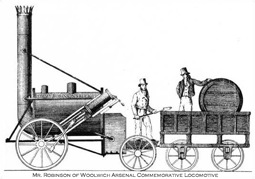 I proffer my own ditty, to the tune of Mr. Wilson’s ‘Sloop John B.’

Incidentally, where did all the Bale money go? Selection of padded gilets? More barbed wire? £100 million! On what appears to be some lumps of pork! They needed a goal against us and yet the best they can do is bring on Senor Soldildo, The Twenty Six Million Dollar Muppet. Why not bring on a striker?

By the way chums, I hear on the grapevine that Tottenham are going to give us the naming rights to their stadium for free as a demonstration of their complete subordination. I look forward to next season’s fixture at Sol Campbell Three Point Lane.

Those, ladies and gentlemen are three cheers apiece for each of our Like A New Signing Signings, Abdoulaye Ramsara, ‘The Senegal Sir’, and old ‘Hand Feet’, St. John Cousins. This is really wonderful news for us, and really terrible news for both light and dark blue Vulgarians, who in seasons past, may have wished to pluck these wonderful players from our ranks. I offer them two fingers, forming a V sign, palm in. 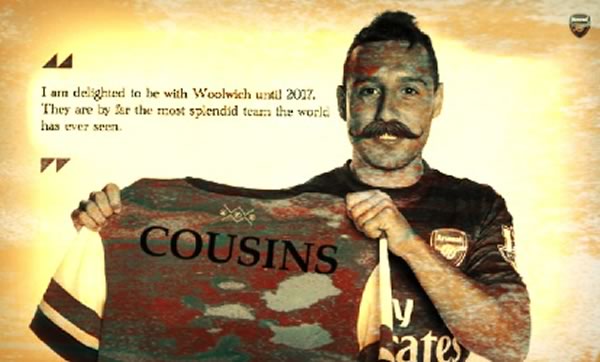 All of which brings us to Sunday’s visit to the dog track. Younger readers may not be aware but before Chelsea formed in 2003, there was another team who went by a similar name and played at the same ground. Like their descendants, they were also created out of nothing in 1905. This team weren’t what you’d really call ‘good’. They would occasionally turn up at Wembley to get beaten by us and provide a retirement home for our old players such as Emmanuel Petit.

They fossicked around in mid-table until Mr. Abramovich shut the buggers down and started a completely new team, the ‘Chelsea’ we know and hate today. They are intent on killing football of course; their vulgar injection of Croesus’s riches into the game has given us such odious spectacles as Wayne Rooney being paid £300,000 per week. Much of the blame of football’s current ills can be laid at their door, and I would very much like to see them destroyed on the morrow. I am sure the chaps will do their best.

Until next week, TALLY HO!

Previous articleArsene at 1000 + Arsecast 309 with Jon Ronson
Next articleChelsea v Arsenal preview: it’s about teams not managers, but …