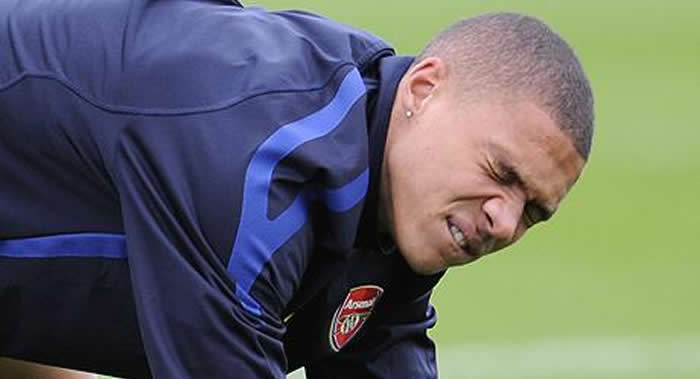 Morning all, happy Monday to you. Happy top of the league Monday. Kinda helps with the fact that it’s freezing this morning. Stoopid winter.

Things feel good right now, especially after answering some of the criticisms leveled at us for not having beaten anyone of any real merit this season. While there’s the obvious jokes to make about Sp*rs, the league table shows them to be better than average, Napoli are still second in Serie A just 3 points behind a rampant Roma side, and Liverpool remain in third place in the Premier League.

Their striking power has gone some way to masking the defensive deficiencies and after Cazorla’s goal on Saturday the Mugsmasher turned to me and said ‘That’s it. Game over. Rodgers cannot change a game.’

To be fair to Toothy McBlacktie, he did bring Coutinho on and he looked the only Liverpool player behind the front two capable of anything inventive. He saw some of the runs and tried to make the passes but having just come back from injury his radar was off a little bit. However, at the back, switching from three centre-halves to a 4-4-2, playing a fairly lumbering central defender at left back for a bit, before changing it up again really didn’t give them any platform to get a hold in the game.

I watched the highlights on Match of the Day last night and there were a couple of dangerous moments. Thankfully Jordan Henderson was just caught by Bacary Sagna as he raced into the box and the Frenchman did just enough to put him off as he shot, while there was that Suarez shot which hit the outside of the post in the second half (not to mention his late curler which left Sturridge so hilariously unhappy), so they did have moments which really could have changed the game.

But sometimes you get periods when things like that go for you. How often have we bemoaned games when we’ve dominated and fallen behind to the opposition’s first strike on goal? It’s very difficult to be perfect, even when playing well, and sometimes you do have to ride your luck a little bit. It seems a long time since we’ve had any, so I’m glad to take it.

As we prepare for the game against Dortmund on Wednesday, the issue of squad depth is one that might be something of a concern. Jack Wilshere looks likely to miss out with an ankle injury, while Kieran Gibbs, one of this season’s most consistent, and under-sung, contributors could be out with a calf strain. There are very obvious ways of replacing them. Monreal for Gibbs shows fine depth, while Wilshere didn’t play against Liverpool and while it’d be harsh to say he wasn’t missed, the importance of a squad is going to really come into play in the next few weeks.

Between now and the end of December we’ve got United, Everton, Man City and Chelsea, all in the league, as well as the resolute Southampton and Champions League ties in-between. Rotation isn’t optional, it’s a must, and I think we could see the manager’s awareness of that on Saturday. I fully expected Ozil’s number to come up when we made our first change, instead Tomas Rosicky came off.

I think it was as much to preserve his energy as anything else because he was fantastic against Liverpool while the former Real Madrid man struggled a little bit. But he’s 7 or 8 years younger, with less notches on his injury headboard, hence it was Rosicky who came off to leave him fresher for what’s required on Wednesday night.

Saturday’s bench, with youngsters like Isaac Hayden and Chuba Akpom, looked a little light. And with players like Podolski, Walcott, Flamini and Oxlade-Chamberlain still out we’re at the point now where we just can’t afford to pick up any more knocks. There’s some talk of Walcott and Flamini being available for United on Sunday, which would be a boost for sure, but it’s kid gloves time for some of them.

Still, while it’s a concern, there’s little we can do about it from this vantage point other than to keep fingers crossed and hope Gibbs and Wilshere make it back sooner rather than later, augmented by some of the longer-term injuries. What’s more important is that the group we have are, despite some recent disappointment in the cups, playing well and do look a match for anybody in domestically.

You can pick out obvious individuals who are playing well but collectively the team is functioning like it should. Partnerships and relationships are building all over the pitch, we’re solid where we need to be, and results are good.

In any campaign there’s a measure of serendipity needed. Whether that’s the bounce of a ball or simply keeping players fit and healthy it doesn’t matter. You can argue that fitness should be a more scientific thing, and that’s certainly got some merit, but a player rolling his ankle or avoiding a kick on the knee is beyond the control of most doctors and medics.

After what we’ve suffered in previous seasons, and even in this one to an extent, it’d be nice if we could go a while without big players being out for prolonged periods. Fingers crossed.

Finally for today, the winner of our FIFA 14 competition is Fergus McCormack. Well done to you, I’ll be in touch to get your details and we’ll get the prize sent out. Don’t forget there are Savile Rogue goodies to be won on this week’s Arsecast too, handy for when the weather gets cold.

Right, that’s about that. News throughout the day over on Arseblog News, more here tomorrow.

ps – thanks to  Jez and Wuzzy for the Mugsmasher tickets. Much appreciated!

Success is great, but so is the misery of others

Fears grow over Cazorla + the injury league table is irrelevant