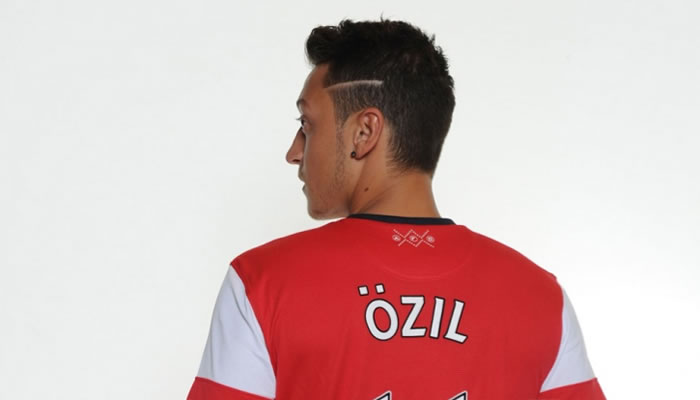 “Good morning and welcome to WKOzil Radio. All Ozil, All the time.”

It feels a bit like that today. Not that it’s a bad thing, far from it. It seems like the signing of the German is the first thing most everybody feels the same way about for a long time. The transfer window is full of opinion and differences of opinion. When things happen, or don’t happen, there’s a bunch of people ready to say they told you so, regardless of what side of the imaginary fence you’re on.

But Özil, even if you believe money should also have been spent elsewhere, is really nothing to complain about, or start fights about. It hasn’t just transformed the potential of the team, but lifted the mood after a summer in which things were fraught at times. His arrival doesn’t make concerns about what we did or didn’t do and how we didn’t or didn’t do it any less valid, but I think what most of us wanted was for the club to go out, use these great resources and show the ambition they spoke about.

They’ve done that and it’s fantastic. It’s almost as is facts, events or circumstances can change the way people think. Who’d have thought? We got our first pictures of him in an Arsenal shirt yesterday and he looks very fetching too.

The club’s photographer and website folk went to Germany yesterday to take the very first shots of him in red and white (and yellow and blue). There was a story going around on deadline day about Özil had secretly been at our training ground last week to have pictures take and ‘do media’, but the fact we announced the signing of him wearing a Germany shirt made that a nonsensical suggestion.

This Tweet from Stuart MacFarlane turns it from nonsense into outright lies. I mean, it’s easy enough to get away with making stuff up during a transfer window. The vagaries of the business itself make it simple to say something and when it doesn’t come off you can point to the fact that ‘something happened’ at the last minute as a defence. But inventing the kind of fiction that can so easily be disproved … well, that’s not normal, is it?

Anyway, we’ve got Mesut Özil and that makes all that kind of bollocks irrelevant. It’s one of those things that provides a glow throughout the day.

“Not only are you fired, I’m sleeping with your wife.”

“And you know that lump you went to the doctor about? Cancer. Of the helmet. I read the letter while I was in your wife. Numerous times. On your bed. And the sofa. And kitchen table. While your dog watched.”

“Whatever, we’ve got Mesut Özil.”

I think the reaction from Spain tells its own story where player after player at Madrid has come out to bemoan the fact he’s left. That’s certainly going to heap the pressure on Divey Welsh bloke who couldn’t cope well enough with a few thousand at his announcement to do some keepy-ups. How is he going to cope with the expectation and pressure of being the most expensive player in the world? It should be fun to watch, either way.

But however that goes, we’ve got Mesut Özil. And if you look at the squad it all feels a lot better than it did 10 days ago. The injury to Podolski made the need for a striker even more pressing and to me that’s the only area in which we’re really short. When you consider Vermaelen and Arteta are still to come back, with the addition of Flamini to midfield and Sagna’s ability to fill in at centre-half, I think we’re in good shape in midfield and at the back. We’ve also added an experienced keeper for some depth in that position.

My concern is what happens if we lose Giroud for any period of time, but I think I’ve spent most of the summer fretting about the worst things that could happen. While it’s still a worry, what if Giroud stays fit and, with Özil supplying him (ably assisted by the likes of Rosicky, Ramsey, Cazorla, Walcott and Wilshere), he keeps scoring and improves during his second season?

It’s not impossible by any means. I think there’s a greater onus on those around him to chip in with goals and we’ve got other forwards (Walcott) and midfielders (Özil, Ramsey, Rosicky, Cazorla, Wilshere, even Arteta) who can contribute in that area. What if we find a forward line that clicks and because of the amount of playing time they have together form good understandings and relationships?

If something happens and we lose our only real striker for a period, then that’s something we’ll have to deal with in the best way we can. In the meantime, it’s a bridge we don’t have to cross just yet so I’m not going to spend any more time getting anxious about it.

Giroud has scored four times in five games, exactly the start to the season you’d want him to have. There’s no huge pressure to get off the mark, no millstone around his neck. If he gets the support from those around him, then we should be all right until such time as we can do something else in the market, if we choose.

Anyway, things are settling down, and later on we’ll be hosting a Google Hangout to discuss the opening weeks of the season, the summer business, Özil’s arrival and much more. It’ll be kicking off at 8pm GMT and you just need to check back later on for a post here which will have all the info.