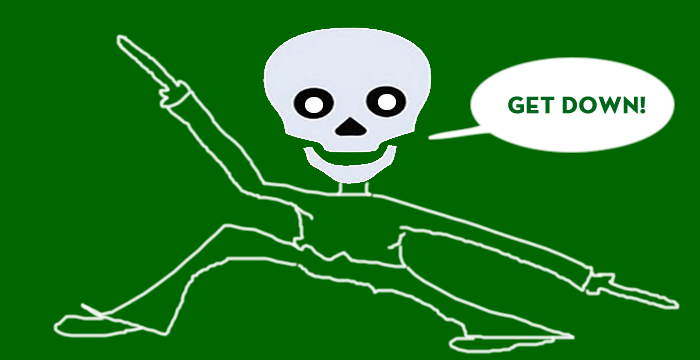 Starting with … er … and … uhm … yeah. It’s a bit like that. Strange that it’s all so up in the air just days before the season starts but given the fact it’s international week and things are usually quiet at these times, it’s not a surprise.

I made the prediction last week that we wouldn’t bring anyone in before the start of the season, and unfortunately it’s looking as if I might get something right for the first time. Pfff, typical. Even if we did sign somebody at this point, it’d be a struggle to get them involved for the Villa game.

The latest regarding the targets, and I use that word lightly, is that Luiz Gustavo is set to make a statement about his future on Thursday. I don’t think this augurs well for us (as fans), to be honest. If there were something going down with Arsenal we’d be telling him to keep it hush-hush and under his hat, like a secret squirrel.

The chances of him announcing to the world that He Is Gooner are monumentally slim. Of course he could be telling the world he’s leaving Bayern and will consider the offers available to him, but it suggests to me that there’s nothing imminent from an Arsenal point of view. This morning’s Bild reports that Bayern want something between €17 and €20m for him but Arsenal are unwilling to pay that much.

I know, I know, you can’t believe everything you read in the papers, but would it surprise anyone if we’ve put a valuation of €14,564,903.42c and won’t go a penny higher?

Like the kid that asks ‘Why?’ to every answer. Anyway, as I said yesterday, I remain unconvinced, simply because of everything else that’s gone on this summer. If there were a real willingness and inclination to do business, it would have been done already. The flimsy matter of a threadbare squad about to start a new season would have little impact now.

Meanwhile, in Uruguay, a journalist there has taken to Twitter to say:

Luis Suarez confirms to me that he will not leave Liverpool. The support of the fans in recent weeks influenced his decision.

Sounds dubious, but vaguely plausible. His issues aren’t with the fans though. They’re with the club, with David Brentan Rodgers and the fact he feels the club broke promises to him. Having the support of some of the fans (the ones who aren’t burning his shirt, calling him names on Twitter and hoping he dies, I assume) won’t really make any difference.

Then, the same journalist continues:

Suarez sees it as likely that he’ll sign a renewal to the contract that binds him to Liverpool.

At which point I think we can safely assume this is a load of nonsense (or the greatest climbdown of all time). After going public the way he did, I’d have said there’s no chance he’s going to sign a new deal, nor would there be one on offer from Liverpool. None of which, of course, means he’s any more likely to join us, and at this point you have to ask if we’ve got any kind of contingency plan.

If we do look elsewhere, who are we looking at? The biggest names have already moved. Jovetic, Higuain, Soldado, Negredo, all decent options who would have improved us have been sold already. But there must be strikers out there who could come in and do a job, even if they didn’t add what Suarez would. Is there another Eduardo in European football, somebody flying under the radar who could bring something different to proceedings?

But then it seems a long time since we’ve unearthed an unknown attacker who has gone on to be a success. We’re looking for a striking Koscielny, but we’re reliant on the same scouting structure who recommended Chamakh and Park. It wouldn’t make you especially confident.

Thankfully, we do have decent enough options to kick the season off. Giroud has gone through pre-season knocking them in all over the place and although the Premier League is a different proposition, I think he, flanked by Walcott and Podolski, are capable of enough in the short-term to see us through. Over the course of the season, however, I think our limitations would be exposed.

After everything we discussed and debated last season, the reality is that we’re going into the new one with exactly the same issue: we have one recognised centre-forward and no real alternative to him if we need them. Sanogo, poor, injured, Sanogo, is untried, untested and it seems unfair to put any level of expectation on a kid that has come in from Ligue 2. Let’s just hope it’s enough for Villa and the trip to Turkey because even if we signed all the players today, they’re not eligible for the first leg against Fenerbache.

Elsewhere, the Colombian trialist Sebastien Pérez has returned to his club, Atlético Nacional, with doubts over his ability to get a work permit. Quite how we ever got a special talent visa for Alex Song will remain a mystery to me, but any further attempts on our part to use that method seem to have been unsuccessful (see Joel Campbell).

Finally, I’m happy to announce an Arseblog signing in the shape of the @ArsenalGent. He’ll produce The Arsenal Gentleman’s Weekly Review throughout the season, and the first edition is ready for your consumption right here.