I BID YOU GOOD DAY.

One was delighted to receive a missive from Lord Arse of Leinster a while ago, asking if one would be interested in a weekly column, a forum for my crazed, psychotic musings that are normally only relieved by a trip into the village with nothing but a cutlass, a pint of rum and a most welcome and frequently utilised letter of immunity granted to my family in 1237, ensuring that within the parish, I can only be prosecuted for murder if there are more than 200 deaths in a day. So the news that I will have a regular almanac upon this esteemed organ to provide relief other than bloody indiscriminate slaying of peasants will come as a relief to the lower orders in the locale.

What can you expect from this torrent of nonsense? Absolutely no refunds, that is for certain. But I shall endeavour to give as true an airing to my thoughts on all things association football, quaque weekly.

A fair morning here in north London; the chaffinches are bleating incessantly outside the library window, unaware that I am about to unload both barrels of this Purdy side-by-side onto them; the sun is warming the leaves on ‘Old Twisty’, the Yew tree in the eastern garden; and upon the magic lantern, a comely blonde lady sits astern a desk, with many screeds of garbled information glides from right to left, informing me of the results of various sporting matches from around the Empire. All the important sports; the cricket, the tennis, the wall game, Baxter’s Dozen, Hoop-a-Diddle, Five Finger Upsy, The Vicar’s Hog Leap, and so on. And of course the crazed world of what I refuse to call ‘The Close Season’, when elaborate and multifariously skilled jugadors from around the globe jostle for moves from association club to association club.

One is currently reminded of being at a ball in the early hours of the morning. Carriages have been ordered at two o’clock. It is now ticking toward twenty past one. You scan the room, hoping for a fair maiden to meet your gaze. After all, you have etchings to share with that special someone back in the guest wing. Sadly, most of the kindlier creatures have been wooed somewhat earlier in the evening. The crowd is thinning. The serving staff are beginning to clear the empty brandy glasses from the tables.

Of course, there is a chance that a most agreeable young debutante may arrive late and catch one’s eye. But you fear that once more, one shall be making one’s way up into the seedier parts of north London to visit Old Mrs. Villas-Boas’s Jump House once more. One hopes that before the ball ends, or in this case, the transfer window closes, that we shall be kissing the hand of the belle of the ball, and not, as may very well be the case, lurching incoherently at a horrified gel who seems much more attractive at five to two than she did at ten o’clock. 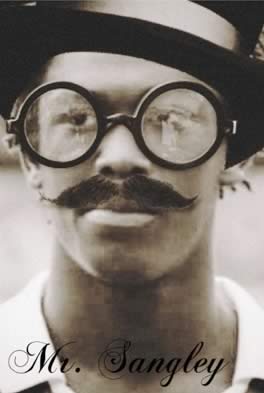 We have strengthened of course, with ‘The Bromley Beanstalk’ Mr. Joseph Sangley arriving (right). And strengthened further by shifting the likes of Cholmondley, Blackwater, Dennis Nielsen, Gervbury, Squirrel, Saint and Dewsbury all departing these shores.

And yet as of today, the manager Mr. Windsor does seem like a scissor happy barber. Perhaps I speak to soon; there are three weeks left until we make a bid for Yossi Benayoun on loan.

Attention has recently been drawn to a vulgar painting found on the wall of the vulgar and tasteless neo-Georgian monstrosity of a house owned by Mr. Brendan Rodgers of Merseyside. 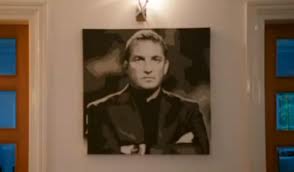 As you can see, once you have finished dry-retching into your kerchief, it is horrendous. A vile, self-satisfied piece of self-aggrandizing nonsense. And yet, I was taken to task upon the Twitter by followers of The History Channel. It was a gift from a charity he helped in Swansea. How DARE you mock it. I was then minded to imagine the meeting whereupon it was decided that this would be an appropriate gift.

SWANSEA CHARITY PERSON: So we need to think of a gift for Brendan Rodgers, he’s helped us out a great deal. Any ideas?

SECOND SWANSEA CHARITY PERSON: A certificate? Maybe we could take him for a nice meal somewhere? A nice little trophy maybe, engraved with ‘Many thanks’.

SWANSEA CHARITY PERSON: We all know what kind of a person he is – how about a massive picture of his own head?

“Dear Brendan, I am not going to apologise.

Listen. I have dived. I have cheated. I racially abused someone. I have twisted my ears into these strange little pretzel shapes out of frustration. I have even given an interview to The Guardian.

HOW MANY MORE CRIES FOR HELP DO YOU NEED? LET ME GO.

This will be the repository for the words long lost from football’s argot. Over the season, we shall rediscover the terminology once in use all over the Empire.

Now known as ‘The Channels’. As in, “What a glorious day to see our Number Seven, Robert Powers, charging down Satan’s Straits before popping one in the bag!”

Previous articleCompetition: Win a Jack Wilshere biography
Next articleNo Luis, No Luiz, but an Arseblog signing