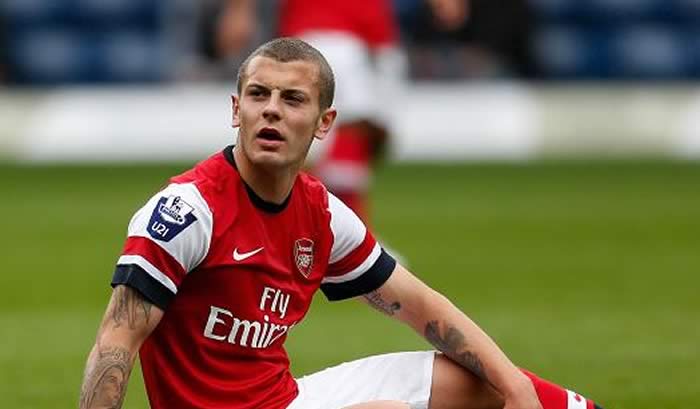 Arsenal take on Vietnam today in the second friendly of pre-season. They may well prove more challenging opposition than the Indonesian Dream Team, who got 7 put past them on Sunday, but you’d have to expect an Arsenal win.

Not that it really matters either way, to be honest. The kick off is 1pm, and it’s live on ESPN. We’re likely to see our first glimpse of Jack Wilshere who has spoken about the importance of a good pre-season having missed out through injury for the last two summers. He says:

There are no long-term injury issues at all for me. I haven’t had one for two years and it’s like you’re always playing catch-up. Steve Bould said to me that you should never take a good pre-season for granted. It gives you a level of fitness. I need a good pre-season. The first game against Aston Villa will be a massive target for me. I’ll be ready and then play as much as possible.

Fingers crossed. You’ll remember it was a late problem in the Emirates Cup two summers ago which began the injury nightmare he’s gone through, but hopefully after everything he’s learned when his body needs a rest and there’s no doubt a fully fit Jack Wilshere makes us better. Let’s hope he gets the run of fitness he really deserves.

Interestingly, he also had a word about transfers. Like Mikel Arteta yesterday, he backed the arrival of big names, saying it would give the club a lift:

Everyone talks about the names at the training ground. We’re saying: ‘You heard about this player or that player?’ It would give everyone such a massive lift.

That’s two players in two days talking about new arrivals, wanting new arrivals, because the players know as much as anyone that in order to compete we need a better squad. Although Theo Walcott wasn’t quite as enthusiastic as Jack or Mikel, when two of our best players are openly talking about signings and the impact they’d have then nobody should be under any illusions just how important it is to strengthen the squad.

The focus on Luis Suarez is inevitable, given everything that goes with that, but it rather takes away from the fact we need a good bit more than a striker this summer if we’re really serious about building a team that can challenge for the Premier League. There was a 16 point gap between us and top at the end of last season, and to do something about that takes a lot of hard work and some serious investment.

Wilshere says we need to be better in the games against the teams immediately around us, saying:

We need to win the big games. Last year, I think we only won once against the other big teams. We need to improve on that.

And he was also confident that they could build on the run-in which saw us scrape a top four finish on the final day:

Last year, we showed we can be a good team during the run-in. We need to do that through the whole season. I feel as if we can win one trophy then it will open up for us and we can win a lot more.

All of which is grand, but I don’t think we can go through an entire season playing the way we did during those final months of the season. As satisfying as the end result was, it was excruciating at times, watching the team hang on with their fingernails to leads and scrapping out results. As welcome as those results were, and I’ve always given huge credit to them for doing it under extremely trying circumstances, surely the whole point of it was to give us a platform to improve during the summer.

We’ve shown we can dig in defensively, we’ve shown that when there’s pressure on we can do what needs to be done, but now it’s time for improvement. It’s time to take those qualities, add more talent and quality to the team, and build on it for this season coming up. It’s good that there’s the confidence and belief we can win things, but reality tells us that unless we add players it won’t be happening this season.

In other news, a rather bonkers story from Marca, who carry a report from Onda Cero, saying that Atletico Madrid have agreed personal terms with Santi Cazorla, and that their owner, Miguel Ángel Gil Marín, is in London ready to negotiate with Arsenal about his transfer. Which is a bit unfortunate for him because there’s nobody in London to negotiate with, seeing as they’re all off on the tour.

Leaving aside the fact that Arsenal would be quite insane to sell one of their best players, Aletico’s finances would make it nigh on impossible even if we did lose our minds to such an extent. He cost us something like £12m from Malaga, had a fantastic season, and would fetch a heftier price tag than that if he were on the market. Which he’s not. And anyway, Ivan is busy having 500,000 Running Man t-shirts printed up.