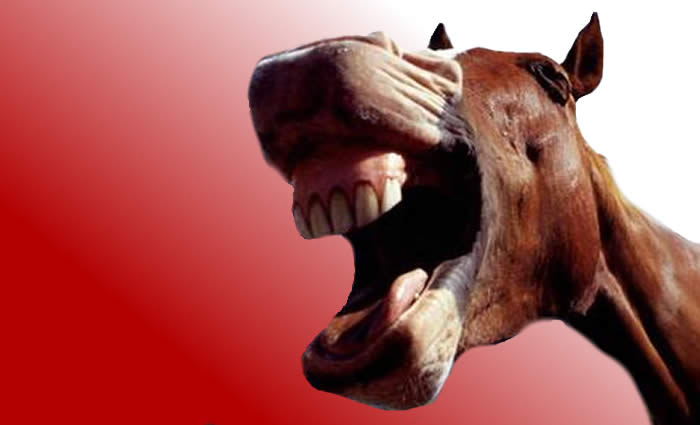 It rained here last night for the first time in ages. The Arseblog German Shepherd got his first experience of thunder too. He did not like it, and barked at it until the thunder went away. I like to imagine he sat triumphantly in the dark, content that he saw off the threat of nature itself. If only making loud noises at things you don’t like could make them scurry off back from whence they came.

In terms of what’s going on with us, it looks like it’s Suarez or bust, at least in terms of a striker. Gonzalo Higuain has gone to Napoli, and that’s a bit disappointing I have to say. Three weeks ago everyone was talking about what a significant deal it would have been for Arsenal, and a real step forward in terms of what kind of transfer business we do

A 25 year old striker, heading into the best years of his career, coming from one of the biggest clubs in the world: that was not the kind of deal Arsenal did. I find it it a bit odd that some people are now dismissing him as a kind of second rate option when a few weeks back there was pretty widespread acceptance that he would have been a fantastic signing for us.

Some reports say Real Madrid played silly buggers over the price tag, but I’m convinced that if wanted him we could have had him. We simply decided that with Suarez ‘available’, and seemingly willing, that we wanted him more. I don’t think the price he went for (around £30m) was in any way outrageous when you look at the prices paid for other strikers this summer and in the recent past.

Ultimately the market decides his worth. When you consider that Jovetic (with a far inferior goalscoring record) went for around £25m, Negredo cost £20m, and Cavani cost £55m, £30m for Higuain is nowhere near bad value or anything like it. Aston Villa had to pay £24m for Darren Bent, Liverpool spunked £35m on Andy Carroll, which isn’t to say either player is really worth that amount, but sometimes you’ve got pay what the market dictates.

In the end, we weren’t prepared do that, and I think it’s a bit of a shame, but what can we, as fans, do? I think he’d have fit in brilliantly at Arsenal. We’d add a quality striker to our forward line (which isn’t as bad as people would have you believe), and get a player in his prime who I believe would have scored a lot of goals for us. But clearly the manager wants Luis Suarez and all our striking eggs are in that particular basket right now.

So the issue at this point is, what does the Arsenal bid mean? Various reports this morning suggest that Suarez and his agent, Pere Guardiola (brother of Pep), believe that the clause means that Liverpool have to accept the bid. As the Mugsmashers rejected the bid straight away, they clearly don’t feel the same way, and it’s lining up to become even more of a drama than it was already.

The Liverpool owner, John W Henry, took to Twitter yesterday morning to ask, “What do you think they’re smoking over there at Emirates?”, which, to me anyway, suggests that he’s not inclined to accept the £40m is sufficient to take the player away, or for them to even consider discussions. And, worryingly, has he not put himself in a position where his face might meet a rather large amount of egg?

Will that affect how they deal with us? That is the kind of Tweet that could haunt a man for the rest of his days, so to save face they may put up even greater resistance to Suarez leaving. If there’s ambiguity in the contract and the clause (which there seems to be with both parties having differing interpretations), it wouldn’t be a surprise if the law-talking guys got involved.

The other fear, of course, is that selling him to another club is the kind of compromise that would allow Liverpool to save some face, still get plenty of money, and, to some extent anyway, placate a fanbase which probably has serious objections to selling their star striker to a London club for the second time in as many years (more or less). What if he’s offered to Real Madrid and what if Real Madrid want him? I think that would leave Arsenal in a very precarious position.

Yet clearly we’ve had some indication from the player and his camp that he’d be open to a move, hence the reason for our new-found bullishness in the market. This is Arsenal Football Club bidding £40m for a player! Talk about a change of tack. That’s three times our record transfer fee, and the reality is I think we’ll have to pay significantly more than £40m to get him.

I think we also need to be cautious about the possibility of another club coming in for him. We can hardly take him at his word if a better offer comes along. Liverpool manager Brendan Rodgers has urged Suarez to show loyalty after everything that’s happened there and the support he’s been given by the club and the fans. It was a plea made in his usual David Brent style, but in terms of what he’s asking, I think anyone can understand where he’s coming from.

They have backed him 110%, backed him when they really shouldn’t have, supported him, helped him, endured him, tolerated him, suffered him at times, simply because he’s their best player by a long way. He signed a new deal with them last summer, yet he has little compunction in turning around now and looking for a way out. So, if Arsenal are counting on him to join them because of a verbal assurance, it’s a bit of a dangerous move because if he owes Liverpool a lot, and he does, yet behaves like that, he’d have no problem in telling us where to go if somewhere else suited him better.

Rory Smith of the Times has written a good piece for ESPN about Suarez’s career, and leaving all else aside, I don’t see how we can ignore the patterns that exist and are clear as day. But look, the usually cautious and conservative Arsene Wenger has decided Suarez is the man he wants and is prepared to accept/overlook all the risks involved and spend more money on a single player than his net transfer spend for the last 10 years. There’s plenty you could read into that, if you really thought about it.

Anyway, we’ll see where this magical journey takes us. Hopefully we can pick up a few other players along the way because we really do need them, but let’s look on the bright side: even if Suarez doesn’t happen, and we miss out on a star striker this summer, at least we’ve got Chamakh, Park and Bendtner to fill in.

ps – Higuain may make his Napoli debut in the Emirates Cup. Lovely!