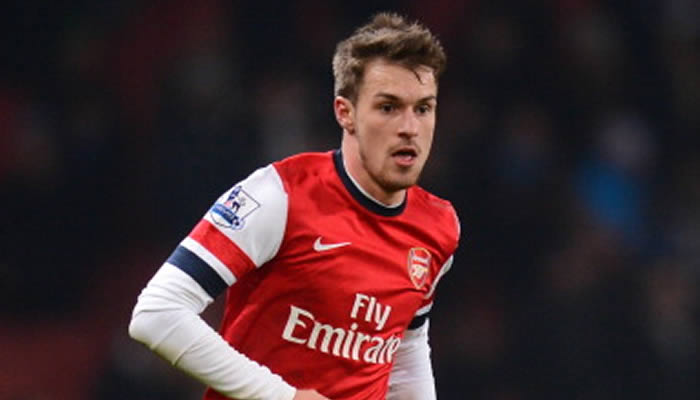 Morning, it’s another quiet day in a quiet week, the only things going on are Theo Walcott calling for more consistency (I know, right!), and Aaron Ramsey hailing Arsene Wenger’s influence on his career. I like the Welshman, I have to say, I think there’s something lurking under the surface. Whether we ever get to see it is unclear, but in recent months he’s certainly added some consistency to his game, and has played his way through a difficult patch.

I don’t think we should underestimate the difficulty of doing that, especially when there was a section of fans who blamed him for everything that went wrong. Were he still playing poorly I suspect he’d be at fault for the North Korean nuclear crisis, bank crashes, political corruption and the fact that Community just isn’t funny without Dan Harmon. It does take some character to do that.

I can clearly remember posting a team line-up on Twitter and the reaction to Ramsey’s inclusion was for some people to reply to me wishing he would die. Genuinely. I know it’s a tiny minority, but still. Those are not sentiments expressed by any real fan, I realise that, but they were also expressed directly at him during his brief sojourn on Twitter. Rightly enough he decided it wasn’t a place he should be spending much time and knocked it on the head, but it’d certainly colour your view of your club’s supporters if they were wishing you death.

I don’t think he was done any real favours when thrust into the gaping chasm left by Cesc last season. It was too much, too soon, and a player, as we know, can become a lightning rod for criticism which should be better directed elsewhere. I believe that was the case with him, it badly affected his confidence and form, and lest we forget it was his first full season after being Shawcrossed.

I’m glad he’s got his head down, worked hard and showed that he can be a valuable squad player. And while you can make the argument that he’s not the new Fabregas, I’d posit that he’s a decent squad player with the potential to become a bit more than that. He’s versatile, works his arse off, technically very good (although I’d like to see a few fewer flicks and back-heels), and I think he’ll get better.

Even if he doesn’t become the greatest midfielder in the world, every squad needs players like him. Guys who are consistent, who’ll give you 100%, and who can do a job when starting or coming on as a sub. Decent, honest professionals who add depth to the panel the manager has to choose from. He’s one of those, and he’s got the chance to progress further, let’s hope he takes it. It can only be good for Arsenal if he does.

As an aside, and vaguely related to nasty comments above, I was chatting on Twitter yesterday with @7amkickoff about odd commentators on the blog. He was dealing with a chap who copied and pasted anti-Wenger comments from other blogs and posted them on his, and while you have to question the motivation of people who do things like that, little is a surprise when you’re on the Internet for any great period of time.

For the most part people are decent and the commonality we have with regard to Arsenal FC is enough to keep things relatively civil. Of course there are disagreements and debates, which can lead to arguments and increased tensions, shall we say, but there are people out there who believe they have a divine right to say whatever they want in a blog’s comments section. If you prevent them from doing that, you are accused of censorship which quickly leads to accusations of fascism and worse.

Like most others we have a set of rules here and on Arseblog News. They’re pretty simple, no using text speak, for example, and we encourage people to discuss the topic at hand without resorting to the kind of name calling you find in a primary school playground. Differences of opinion are welcome, it would be a very boring place if everyone agreed (hence the reason there are fewer comments after a win than a loss), but accept the fact that someone can hold a different opinion to you. It’s just manners, speak to people online like you would off.

But then there are the lunatics and the trolls. The latter are commonplace, every comment section has them, whether it’s an Arseblog or a national newspaper, people whose sole aim is to wind people up and get into fights. I do wonder why they don’t have anything better to do but hey-ho, to each their own. Sometimes, though, there are some whose brainlessness makes you despair for the human race.

Like the people who would send messages to a player of the team they say they support wishing him death, or the bloke who was so outraged that I banned him from commenting on Arseblog News that he sent me a series of emails, each more descriptive than the last about ways I should be killed. It’s water off a ducks back at this stage, but the worst part was that his anger was fueled by a genuine sense of outrage.

He never did figure it out. The emails continued for quite some time, before he found someone else to bother. I still maintain that ‘IBURNN*GGERS’ (with no*) was not a suitable username for any website, let alone one I’m in charge of, but he never saw that as the problem.

It takes all sorts, eh? Back tomorrow with an Arsecast.