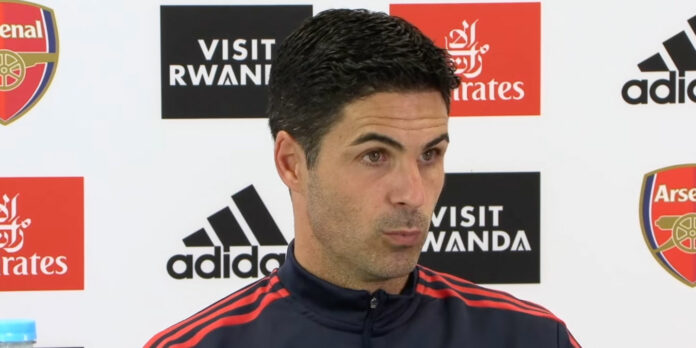 Morning all. A quick Saturday round-up for you.

Mikel Arteta met the press yesterday, and stuff related to the game against Man Utd can wait until tomorrow when we preview the game. There are some injury concerns re: a couple of players who picked up problems during the Villa game, but we’ll wait and see what happens there.

He did confirm the central midfield difficulties, as he was asked how long Mohamed Elneny and Thomas Partey would be out for. He said:

That’s a shame for Elneny who, by the sounds of it, won’t be available again until after the World Cup. As for Partey, I think the club need to think very carefully about him due to the repetitive nature of these injuries. At this point we’re heading into the same kind of territory we found ourselves in with Aaron Ramsey and Jack Wilshere, two extremely talented players whose injury records meant you couldn’t really build around them.

In this current set-up, Partey is essentially the midfield platform, doing a very specific job and without him a big piece of the puzzle is missing. As Arteta and Edu continue to think about how to develop the team, I think this is a significant issue that really merits serious consideration. If you have an important player who misses 40%+ of the Premier League games each season, then you need to think very carefully about whether that’s sustainable.

The most consecutive starts he's made is nine.

I realise it’s easier said than done, but it still needs attention. If you have a car that keeps breaking down, you can’t just blame fate when you don’t get to your destination. You replace it. Or buy a bike. Either way, you know what I mean.

The manager also addressed the transfer market and the fact we weren’t able to add to the squad before the end of the window:

We pushed to strengthen the team and bring the best possible people and players into this football club and we have managed that to a certain level. Then we have our limitations; time was a big limitation in what happened in the last 72 hours with our midfield. We tried to act but we couldn’t find the right player.

I suppose you could say bidding for Douglas Luiz meant they thought he was the right player, so maybe it’d be more accurate to say they couldn’t find the right deal. As much as I would have liked him (I think he’s a solid, if unspectacular player – and there’s nothing wrong with that), I also think Arsenal were right to not push it beyond £25m for a player in the last 12 months of his contract. And as I said yesterday, I think Villa were a bit mad to turn down that kind of money too.

It also seems our issues with moving players who were not ‘right’ means there’s a reticence to take a gamble:

We only have to bring in top talent, top quality people through that door and be very disciplined and in those moments you can make a huge mistake that can cost the club and the team a lot – not just in the near future but a little bit ahead, and we want to avoid that as much as possible.

Again, you can understand it, even if the lack of activity was frustrating. It means what we have we hold, and as the old saying goes, from crisis comes opportunity (crisitunity!), especially for the likes of Albert Sambi Lokonga and Fabio Vieira, a player I’m really looking forward to seeing. Arteta says (in very Wenger style):

Believe more in the players that we have, look after them better, give them confidence and they have the ability to do it.

It is the team that we have and for me, it’s the best squad and the best players that I have available. There is nothing else we can do, we have an academy as well that we have to use, and we’ll try to utilise the players in the best possible way.

With Europa League upcoming, it’s going to be a test and how well the manager can use the entire depth of his squad will be important to continue to compete well on both fronts. It might also be interesting to see who from the Academy might make a step-up when given a chance in the group stage games in particular.

Right, let’s leave it there this morning. For Patreon members, we have some good stuff for you. There’s a Man Utd preview podcast with Musa Okwonga, and now that the season has started again, our Poorly Drawn Month series continues as we look back on August in collaboration with @cantdrawarsenal. Check that out here, sample below. 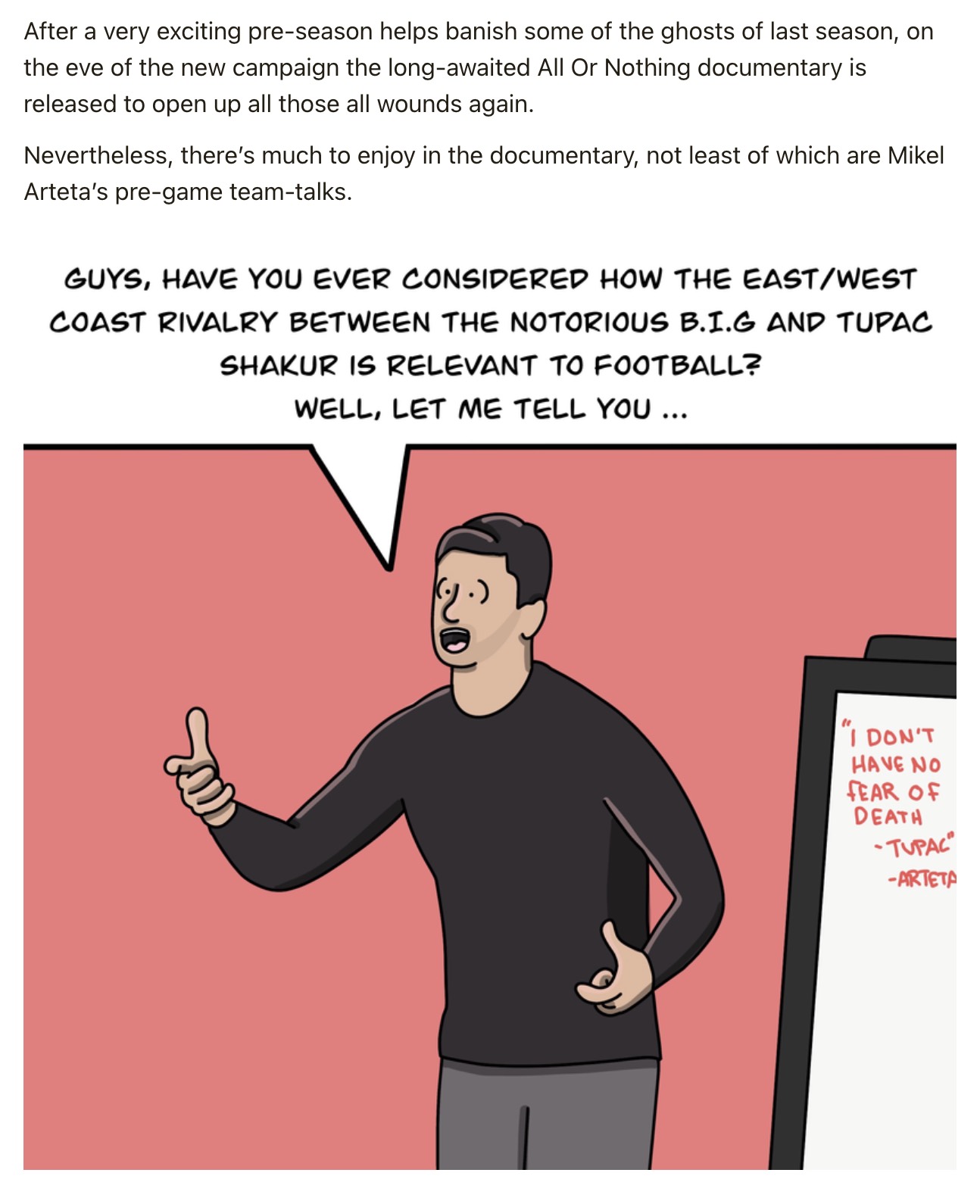