Torreira to Turkey : Former players on the move

Lucas Torreira looks like the latest man out the door as he’s been linked strongly with Sampdoria … Valencia … Random Italian club … Club you’ve never heard of … Club that has just been formed … Fight Club … Club Tropicana … and eventually … Galatasaray.

Reportedly it’s a permanent deal, I saw a fee of around £5.5m mentioned, which is significantly less than the €15m we’d agreed with Fiorentina before they decided they didn’t want to pay that at all. Since then, he’s been scratching around looking for somewhere, anywhere, to play next season – and assuming he’s willing to go to Turkey, this looks like it’ll be his Arsenal escape route.

I remember when we signed him, I thought he was an excellent addition to the squad. Tigerish in the tackle, kept the ball moving well, but then things went a bit south. I suppose the first issue was Unai Emery insisting on playing him much higher up the pitch, and I’m sure he had his reasons, but then so too does the chef who decides to sprinkle grated dog toenails on top of scrambled eggs. You turn something simple and delicious into something that just doesn’t work. (I realise this is an imperfect comparison, but it’s early in the day).

It’s interesting to note that he started 6 of Mikel Arteta’s first 8 games when he took over, then lost his place, but made regular substitute appearances, before sustaining that nasty injury against Portsmouth in the FA Cup. Then, Covid hit. He didn’t work his way back in, expressed some desire to go elsewhere and was loaned to Atletico Madrid. I thought that would be perfect for him, working with Diego Simeone, but he barely played there.

During that period he suffered a family bereavement and spoke openly about wanting to go play for Boca Juniors so he could be closer to home, and at that point the manager must have made up his mind about a player who – even if it was understandable – had his heart set on being somewhere else. Back to Italy, a great loan spell at Fiorentina, and here we are.

As an aside, I don’t really know what more Arsenal or the player could have done to raise his profile. He played well in Serie A last season, they had an agreement to sell him, but after that broke down the market for him has clearly been very, very small (much like Torreira himself). Let’s see if the Galatasaray thing happens, because at this point it’s just one of those things we need to get done and move on. And I don’t really know what’s left for him if this doesn’t go through.

Still, I do think his goal against that lot was a memorable moment, and while you might say it’s indicative of a paucity of real success in the last few years, any goal that stamps on their necks and wraps up a North London derby is something to enjoy.

There’s not a lot going on this morning from an Arsenal perspective, but as we’ve said, hopefully the squad is trimmed down during the week, but it’s also worth remembering that it’s only August 2nd. The transfer window is open until 11pm on September 1st, during which time we have five Premier League games. That’s basically still an entire month, and my strong advice is get ready for a lot of stuff to go right to the end of the window, because that’s kinda what happens when you’re trying to shift a clutch of players you don’t really want and everyone knows you don’t really want them.

It might be frustrating, especially as it looks as if any more incomings depend on players going the other way, but to be fair I think we’ve done good and important business so far this summer, and if there’s more to come, we are going to be dictated to by the market itself and how that moves in the next few weeks.

Elsewhere, some former Gunners are on the move. After having his contract cancelled at Juventus (we’re not the only ones who do it!), Aaron Ramsey has signed for Nice. Which is nice. The French Riviera is pretty decent part of the world to spend the final years of your career, but they finished 5th last season, just 3 points off third and Champions League football, so it’s not a retirement home. They will play in this season’s Europa League, just like us. What odds on a Rambo Reunion at some point?

However, Aaron has nothing on the master of nice places to live and work: Cesc Fabregas. He’s gone from Barcelona to London to Barcelona, back to London, then to Monaco, and yesterday he officially signed for Como 1907. They play in Serie B, with their stadium right on the southern tip of Lake Como in Northern Italy. 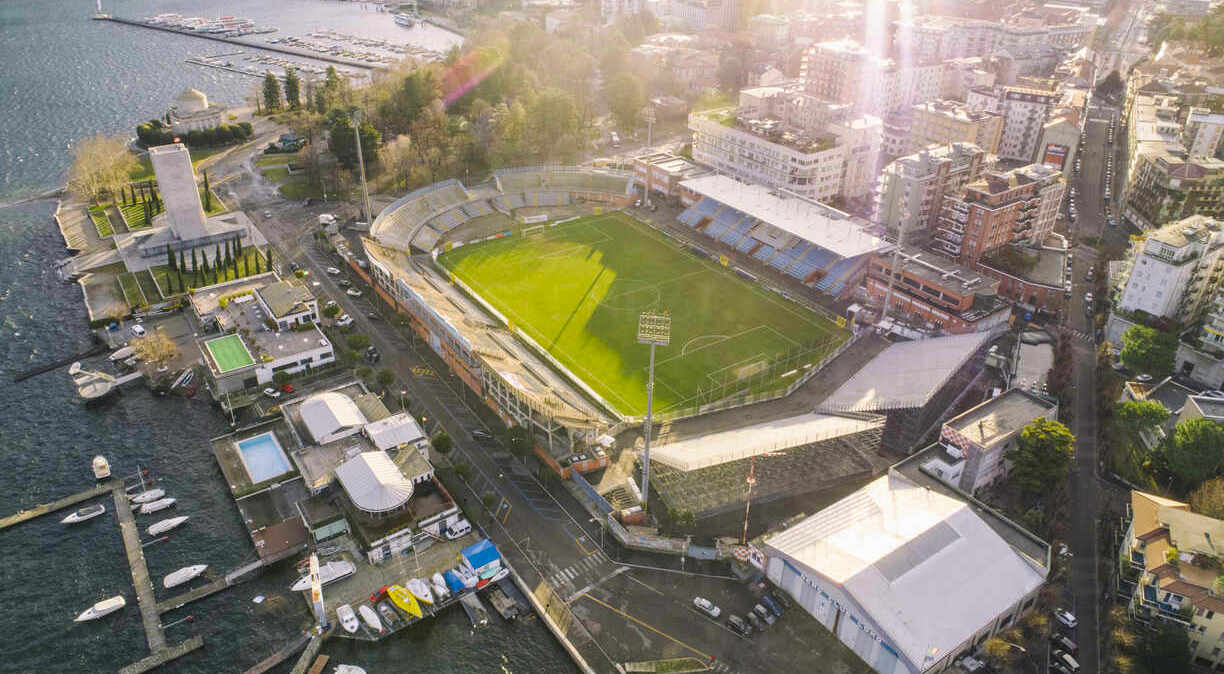 The man knows how to play football in top places, there’s no two ways about it. Interestingly, he’s also become a shareholder in the club, and if you’ve watched him on TV doing occasional punditry, you’ll know he speaks very intelligently about the game. So, something to keep half an eye on as we challenge for the title this season.

Right, that’s your lot this morning, have a good one.