Arteta’s first presser of the season : Patino : All or Nothing

T-Minus 1 day, or something.

The new season kicks off tomorrow, and Mikel Arteta’s first pre-game press conference takes place at midday today. There will be questions about preparation, readiness, how we deal with Palace at home after what happened there last season, and more.

I’m interested in the fitness issues. Last week the manager spoke about the players who weren’t really involved against Sevilla and was asked if they’d be available:

I think that most of them will be, they’ll have to go through what they need to this week and then hopefully we’ll have them available. They are lacking minutes but we’ll have to build that up like any other injury that we get during the season.

I’ve seen it reported that Emile Smith Rowe will miss the start of the season because of a groin strain, but maybe Takehiro Tomiyasu, Kieran Tierney and Fabio Vieira will all make the bench. Let’s see what he says later, and we’ll have all the updates on Arseblog News as when the news drops.

In actual news, young midfielder Charlie Patino has been loaned to Championship side Blackpool for upcoming season. He’s very highly rated, but still just 18 and the loan makes all kinds of sense for reasons we all understand. Regular football, playing competitively – and against men, which will help his physical development.

Interestingly, Blackpool’s head coach is Michael Appleton, the man in charge of Lincoln City last season where promising right-back Brooke Norton-Cuffy enjoyed a good loan spell. Arsenal have, in the last few years, developed relationships with a number of coaches, trusting them with some top young talent.

Charlie is a very talented boy and I’m delighted that Arsenal have trusted us to look after him and further his development.

The club has a good relationship with Arsenal from previous loan deals, as I have personally from taking players to my former clubs, with Brooke Norton-Cuffy being the most recent last season.

Charlie is one of the best midfielders in his age group and I can’t wait to start working with him.

So, it’ll be one to keep an eye on to see how well he does, how quickly he can break into the team and if he can stay there. Smith Rowe’s loan to Huddersfield did him a lot of good, so hopefully it’ll be will be something similar with Patino.

I’m also interested to see what happens with Norton-Cuffy this season too. With Tomiyasu, Cedric and the ability to play Ben White at right-back this season because of William Saliba, there’s not much of a pathway yet for him at Arsenal. Having done so well last season in League One, maybe a Championship club makes sense this time around. Let’s see.

The All or Nothing documentary dropped last night, and I’ve seen two and a half episodes already. I have to say I’ve enjoyed it. There have been clips doing the rounds on social media, and I can understand why some people might cringe a little for some of them, but in the context of the series itself they make a bit more sense.

Ultimately, there’s not going to be anything in this that the club haven’t approved, but it’s still interesting to see behind the curtain a little bit.

If you continue to read now, be aware there are slight spoilers coming.

There’s a bit when Mikel Arteta is speaking about Nuno Tavares, and he’s talking to club doctor Gary O’Driscoll about how difficult it is to ‘get information out of him’. Nuno then talks about homesickness, which is understandable for a young guy coming from Portugal. As fans we only see the on-pitch stuff, some training ground pictures, and we have to make our minds up based on that.

Clearly there’s a lot more going on behind the scenes, so those small things are the most interesting. Even Kieran Tierney, who moved from Scotland to London, talked about how hard he found it and how homesick he was, so seeing more of the human element of the players and their day to day experience is the biggest insight we get in these early episodes. 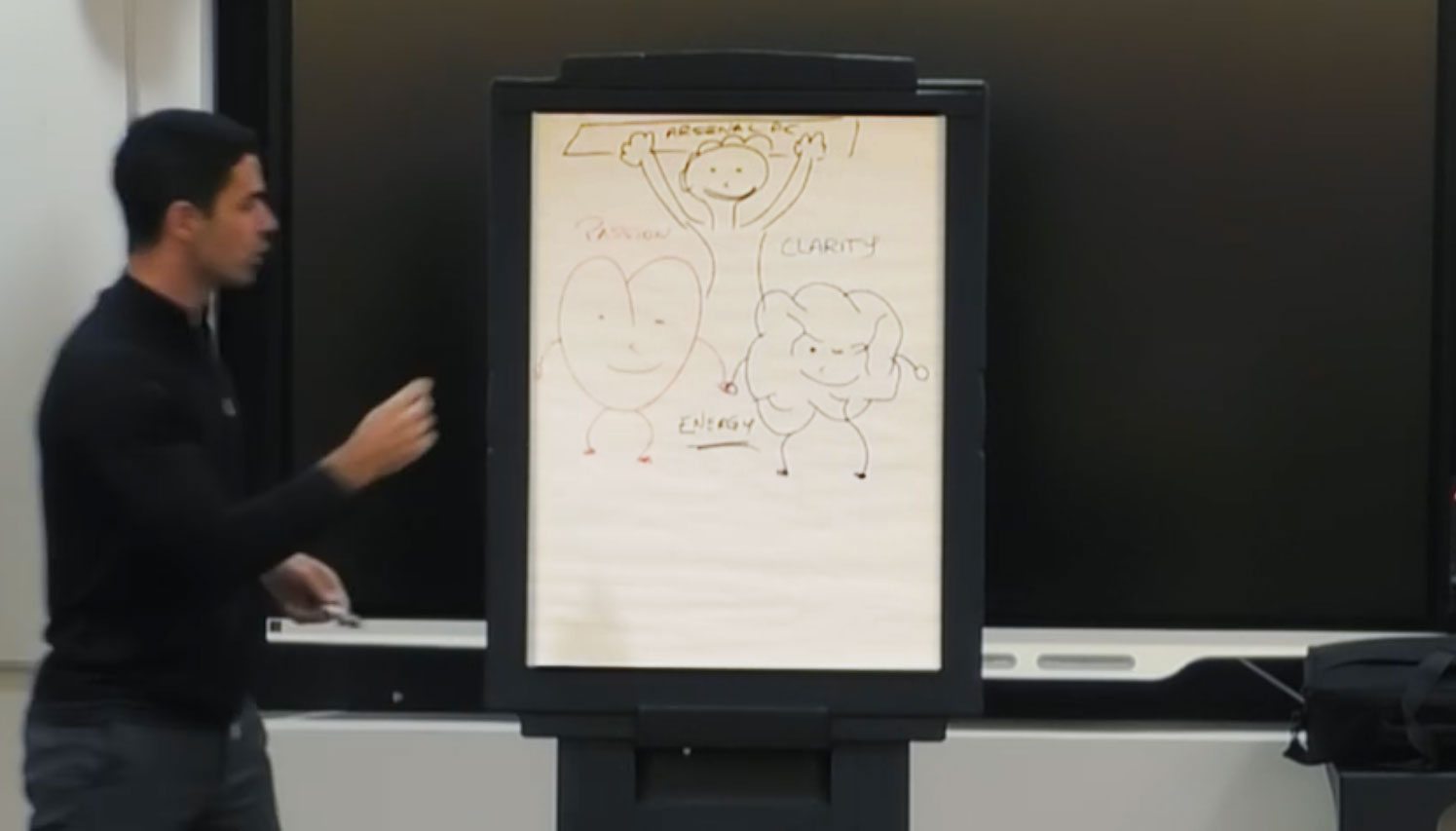 Ultimately though, each person will have their own view on this. I think if you take it for what is – a piece of Arsenal related light entertainment in reality TV form – it’ll be pretty decent fun, even if there might be bits and pieces that don’t connect with you or you find a bit toe-curling.

One thing that doesn’t get mentioned much is how, if you’re a manager who is used to doing your work behind closed doors, where the ‘what happens in the dressing room stays in the dressing room’ edict is sacrosanct, it must be difficult knowing everything you’re saying and doing is being filmed ALL the time. It’s worth considering as you watch, because frankly it sounds awful and if that happened to any one of us in our jobs, chances are it’d impact the way we operate.

Right, that’s your lot this morning. One more half of an episode to watch, and I’ll start getting the podcasts ready for today.