Well, yesterday’s results were pretty, pretty, pretty good from our perspective. Man Utd dropped points against Leicester, and could even have lost – VAR was generous to them for Maddison’s ‘goal’. To be fair, they could have won but for an outstanding late tackle on Marcus Rashford … by one of his own teammates. Haha.

Question: Is Scott McTominay the anti-Xhaka? Whereas our midfielder is punished to the maximum for the slightest infringement, this bloke gets away with all kinds of stuff. I was going to say ‘He literally gets away with murder’, but obviously that’s not true. However, I bet he could scythe down an opponent … with an actual scythe, the ref would look at the remains in two parts, blood everywhere, and give McTominay a yellow card saying, ‘Look, just be a bit less brutal next time’. Unreal.

At Stamford Bridge, Chelsea took the lead against Brentford, then conceded four goals which, by any objective measure, is downright hilarious. I was watching something else last night, but I have recorded Match of the Day and will sit down this morning to have a good old laugh. It’s so far so good for this weekend’s results and all eyes will be what Sp*rs do against Newcastle later on.

It is a bit of a reminder that this is a league in which you cannot be even slightly complacent or off your best, because you will be punished. Something I’m sure Mikel Arteta will remind his players of before we go to Crystal Palace tomorrow night, but if Joe Willock could lend us a hand with goal salvo today, and Harry Kane’s hamstring snapped like an old piece of twine, it’d raise the stakes just a little higher for the trip to Selhurst Park.

Elsewhere, after scoring three times for England U21s during the Interlull, Folarin Balogun was on the scoresheet for Middlesbrough yesterday – goal clip here, dodgy defending but you have to be in the right place just in case. So far at Boro he has three goals, two assists, with 16 appearances and 889 minutes of playing time to his name, so it’s been a decent loan move so far.

With another eight games to go in the Championship and potential playoffs for promotion to the Premier League (they’re sitting 5th right now), there’s scope for his contribution to increase, with some real pressure games too which I think makes a difference. If this was mid-table stuff that didn’t matter, it just doesn’t have the same importance. You can see players who are capable when the opposition is weaker or when the game itself is low stakes, so it will be really interesting to see what he can do in the final few weeks of the season.

This is the first real spell of senior football he’s had in his career, and how it plays out between now and May could well decide what happens to him next season. If he scores some goals and continues to develop, he might have done enough to earn his place in a squad which will likely need multiple additions to the forward line in the summer. You might also argue another season out on loan could be beneficial in terms of getting him minutes and experience, but it may well depend on our schedule and how deep we need our squad to be.

On Thursday, Mikel Arteta spoke about him, and said:

He’s having the right exposure, he’s playing in a different formation and sometimes a different role under a manager and a club with a huge history. You can see how he is developing, so this is giving us information. This is going to give us more detail about what is the next best move for him to keep developing, because we want him to be part of our future.

Let’s see how it goes for him. Boro have some crunch games coming up against teams above them in the table, so if he can get on the scoresheet and help gain some points in these fixtures, he’ll be giving the manager something to think about this summer.

Right, that’s just about that for this morning. Later on Patreon we’ll have a Crystal Palace preview podcast for you, and for something extra over there, we’ve got our Poorly Drawn Month for March. This is a recap of the month just gone, where I do the words and Poorly Drawn Arsenal does the artwork. It’s always great fun, you can sign up to read and have instant access to the archives which stretch back to September of this season.

A small sample below, enjoy your Sunday. 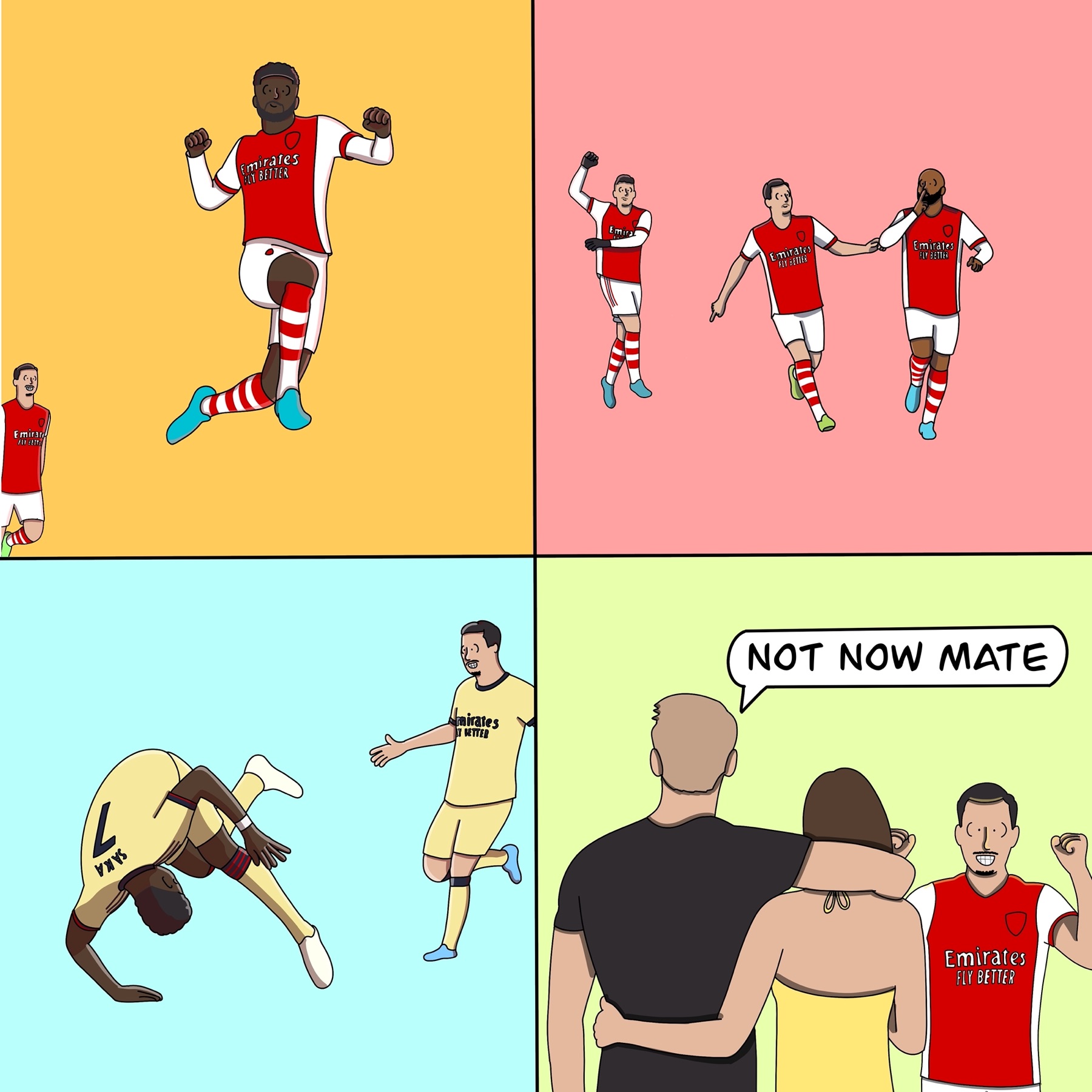 Previous articleSaturday round-up: Manager of the Month – World Cup draw
Next articlePressure on for Palace game + an announcement