Morning all. Many people have been wondering why we wore red shorts against Watford. In the home game earlier in the season, the visitors wore their home kit and we wore our home kit as we won 1-0. Look:

There were no issues. Ben Fozzy Fozzington Fozmeister-Podmeister Foster III didn’t have any problems seeing his players because they were in yellow and black (especially Danny Rose ‘That’s no moon!’), and we were in red and white. There were no colour clashes. So why, when we went to Vicarage Road on Sunday, did we don the red shorts?

It is said that we made a special request to the Premier League for dispensation to sport these half-troos, but on what basis? Afterwards, stories emerged that it was a ‘commercial decision’ by the club and Adidas, which might make some sense if there was an immediate launch for red Arsenal shorts, but apparently they have no intention of putting them up for sale.

Not exactly a great commercial decision then, and if there’s one thing we know about Adidas and Arsenal it’s that they’re actually pretty good at that stuff. They can sell kits based on the seat coverings for London Underground trains (puke and chewing gum and all); training shirts inspired by the light shining off Ian Wright’s gold tooth as he laughs at Sp*rs; and tracksuits from the 90s (1890s and 1990s) – off the back of excellent advertising videos and campaigns which have Arsenal fans emptying their wallets before they even know they’ve done it. 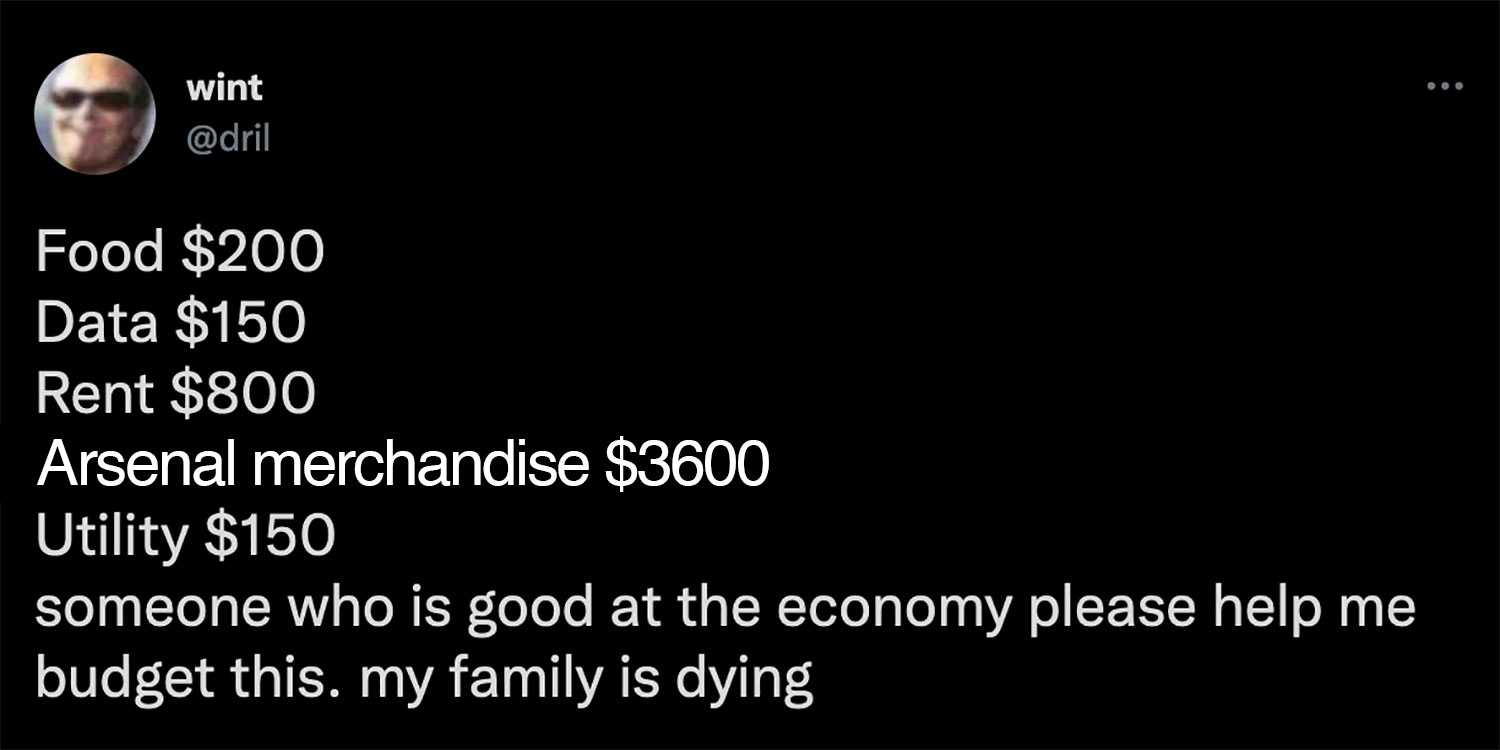 I did ask the communications department for an explanation, but if you listened to the Arsecast Extra you’ll know they left me hanging on WhatsApp, with two blue ticks making it clear they have read my message. Here we were, two days later, and the blue ticks remain, like icy cold demon eyes staring into my very soul, and my message remains unanswered.

Until there is a good explanation, the conspiracy theories will continue to grow. I’ve seen people suggest this was a bit of a kite-flying exercise to gauge the public reaction to red shorts so that they can foist red shorts on us on a permanent basis. I don’t think that’s the case. Arsenal’s tradition is red and white, and as much as people dig the Adidas kits, they would go down in infamy if they were seen as the entity that changed something so fundamental.

Maybe it’s a distraction from something else, but what could that be? It’s not as if we gave Granit Xhaka the captaincy then used red shorts to take people’s minds off it. Did someone have a bet that we’d play in all red in one game this season? Maybe Josh Kroenke – panicked by the big losses announced last week – stuck a load of @R$eCoin on that particular market at high odds on some kind of Crypto-Bet site, and the proceeds from the win will enable us to buy the top class striker we need this summer. Hopefully he hasn’t misplaced the private key to his @R$e-wallet or misplaced his hard-drive because those funds are sorely needed.

As I said, it remains a mystery. I have to say, I’m not a fan of the red shorts. I mean, if we absolutely have to and there’s no other choice, fair enough, but we didn’t have to and there was a choice. But we chose not to choose that choice, and chose a different choice instead. Who were these choosers? What was their motivation? What are their qualifications in the art – nay, science! – of choosing?

I’m also fully aware that when it comes to kits, football fans can be a bit precious. I’m no different. I always want our away kit to be yellow and blue, but the marketing people want darker colours because more people wear those than yellow. Not to games per se, but as ‘casual wear’ they are more popular and sell more. White away kit? No thanks. It’s all a bit Sp*rsy or Leedsy or Real Madridy to me. I do like the memory of that white shirt in the game against AC Milan but I don’t much like remembering a lot of that season so that’s a no from me.

Maybe we’ll never know. Perhaps this is a trifling issue on a slow news day which has been useful to fill up a blog post, but maybe it’s more than that. Maybe it’s up there with the likes of Area 51, the JFK assassination, and Harry Kane’s entire career as a question which will perplex and frustrate mankind for decades to come. Maybe the Arsenal Communications Department will eventually reply to my WhatsApp with a series of mysterious glyphs, some kind of cipher which is impossible to crack, but at the heart of which lies the answer we all seek.

For now though, there are just two blue ticks.