Good morning from a very windy and stormy Dublin. UK friends, batten down the hatches, it’s coming your way! 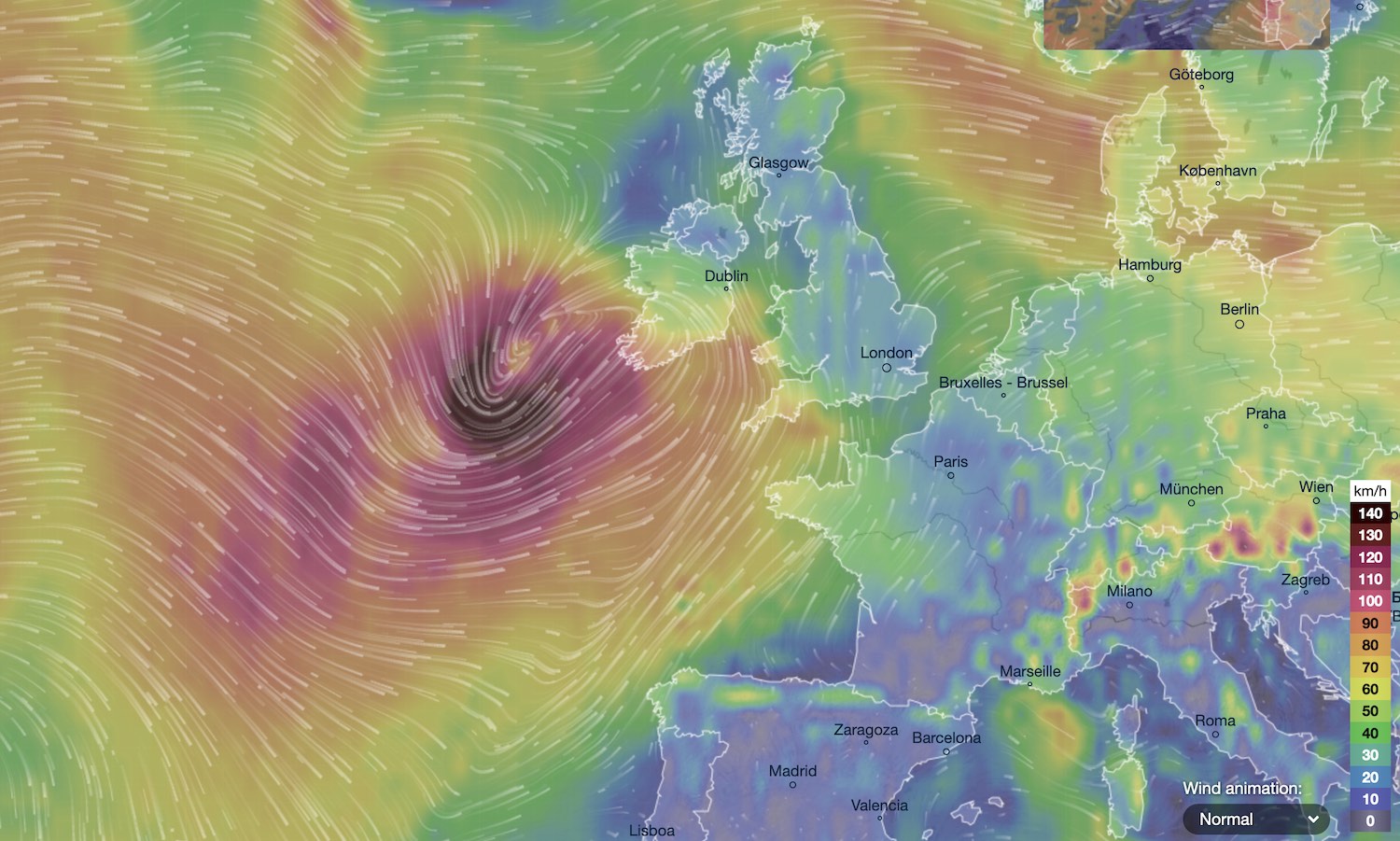 The slightly inclement weather has put paid to my golfing plans this morning. On the one hand, there’s something to like about a 450 yard drive on the first, but when that’s followed by a minus 74 yard drive on the hole going back the other way, it’s probably not worth it. Also, I don’t want a tree to fall on me. Cartoons make it out like anvils are the things you have to worry about, but you don’t find too many 75 foot tall anvils on every hole.

Anyway, football returns this weekend. It does feel like it has done a lot of that this season.

The football intermission is over.

Guess who’s back from its holidays? That’s right: football!

I don’t think football is as dedicated to this season as it should be. Far too easily distracted for my liking. I question its commitment to itself. It needs and attitude change, and sharpish.

Later today we’ll get the Mikel Arteta press conference so the build up to Brentford tomorrow can begin in earnest. If you’re not around later on, here’s the transcript in advance.

Q: What is the team news Mikel, any injuries to worry about?

Arteta: Well, there are always some issues to think about. We’ll assess the players today and make decisions based on that.

Q: But you’ve worked with them for 9 days now without any games. Surely you have a good idea about their fitness levels?

Arteta: We have to be careful with them but they have been training hard. Let’s see who is available.

Q: Who is available?

Q: Who is not available?

Arteta: I can’t discuss that.

Q: Please, give me something. My bosses at [Major Sports Channel] are questioning my ability to elicit information from my interviews.

Arteta: I’m sorry, but you understand that I prefer for that information to be kept private.

Q: What about Takehiro Tomiyasu? Is he fit?! I saw him doing some training?

Arteta: We we have to be careful with him but he has been training hard. Let’s see if he is available.

Arsenal communications person: Next question, we go to Bullwinkle from TalkShite radio.

Q: There were some big games in the Champions League with this week. We all saw Kylian Mbappe score a sensational goal for PSG against Real Madrid. He’s out of contract this summer and Arsenal are looking for a striker. Is there any chance he’s a target for you? He could probably do a decent job in the Premier League.

Arteta: *laughs* I will have a word with Edu.

Q: One thing I’ve always wanted to ask, Mikel: have you ever smothered yourself with mushy peas and bits of ham and then let a large dog lick you clean?

The press conference takes place at 1.30 this afternoon, so if there are any bits outside of this transcript, we will bring them to you over on Arseblog News.

Meanwhile, this summer will see American goalkeeper Matt Turner arrive while, presumably, Bernd Leno will depart. He is 100% coming as back-up to Aaron Ramsdale, but says he won’t be content with that role:

“I’m not going over there just to collect a check and ride off into the sunset. I’m going to push myself and [Ramsdale] and continue to help him get better and help myself get better.”

You can’t fault the attitude, and I do think it’s important that to some extent any goalkeeper feels like there’s some pressure from within the squad for his place. At the same time though, when you’re one of the top goalkeepers – something I think Ramsdale is aspiring to if he’s not quite there yet – the number 2 position is one where, unless there’s an injury, you pretty much have to resign yourself to spending a lot of time on the bench.

If you look at Allison at Liverpool and Ederson at Man City, their deputies get cup games and that’s about it. If we have European football next season, there might be more opportunities for Turner, but it depends on what tournament we’re in. If it’s Europa League he might play. If we get into the Champions League though, that’s not a competition where you throw in a few kids and reserves in the group stages.

It’s also interesting because Turner’s main competition for the US national team is Zack Steffen, who is back up to Ederson at Man City. I don’t know how that will play out next season when both of them are likely to spend a lot of time sitting on the bench and not playing, but I guess that’s one for the US coach to figure out. The more interesting part of this whole thing in the summer is what kind of fee we can get for Leno. He’ll only have 12 months left on his deal, which does complicate things a little, but it’s high time we started to sell better and if we can’t get reasonable money for an experienced international goalkeeper in the prime years of his career, then we have to worry a bit.

For some extra reading this morning, here’s Tim on what’s expected from Alexandre Lacazette between now and the end of the season.

For now, I’ll leave you with a brand new Arsecast, chatting about Fans’ Forums, William Saliba, and lots more:

Previous articleEpisode 664 – Will he?
Next articleBrentford preview: Tomi back, Smith Rowe in for Martinelli