Morning all, welcome to a brand new week.

The weekend turned out to be a very good one for Arsenal, even if we didn’t play. After United dropped points on Saturday, Sp*rs dropped all the points it’s possible to drop when they got beaten 2-0 by Wolves.

Obviously I didn’t watch this, but I assume at the end of the game the Wolves players kept a straight face, refusing to crack even the tiniest of smiles, lest they be accused of that most heinous of football crimes: celebrating a win. When they got back to the dressing room, there were no back slaps or handshakes. Instead, they were as stony in disposition as they are in heart, and instead decided to watch the entire game again to see what they might have done better.

On arriving home, each player refused any congratulations from family members, especially their children.

“Well done, daddy! You won!”, one young lad might have said.

“How many times have I had to tell you?”, responded the player. “Football is not about enjoying the moments, but a life-long war of attrition. If you win the World Cup, and you score a goal in the final, then and only then may you celebrate. Otherwise, you keep your counsel, never demonstrate any outward feelings of joy, and of course the real professional doesn’t have to hide them in the first place. He simply refuses to acknowledge the very concept of joy in the first place.”

“But I liked the goal you did, daddy!”

“Go to your room at once. No supper for you.”

Elsewhere, West Ham looked like they were going to get beaten by Leicester but scored a late equaliser to grab a point. I swear, if Leicester were a horse they’d have 10 yards to go to win a race, all the other horses are miles behind, but right at the last second the horse sticks one of its legs up its own arse and falls flat on its face. Still, we now have three games in hand on West Ham and they only have a two point lead.

I’ve said often I prefer points on the board to games in hand, but in this instance I don’t mind too much. We’ve spoken quite a lot about the clarity of our situation in the second half of the season and this just adds to that. I often wonder if, when you’re kind of stuck in a mid-table funk, there’s a subconscious difficulty in getting up for games. I don’t mean to say the players aren’t professional and don’t want to win, but when there’s something more to play for – as a top four spot this season certainly is – does it go some way to sharpening your focus?

I guess the next few months will tell us. The flip side of that is that there’s pressure and that can be an inhibiting factor too, so how this all plays out with this relatively young squad is going to be very interesting. Nevertheless, I don’t think we could have asked for much more from this weekend’s results, so now it’s down to us take try and take advantage, starting this weekend against Brentford.

Meanwhile, in Los Angeles, the Rams are the Superb Owl champions, beating the Cincinnati Bengals 23-20. I will happily admit to almost complete ignorance when it comes to NFL, so I have no thoughts whatsoever on what happened, how it happened, and all the rest. However, the Rams are owned by KSE who own Arsenal, so it’s something to mention.

Josh Kroenke looked pretty happy, albeit even more like a kind of cult leader who has a vast underground shelter/lair with 14 years worth of tinned goods to provide sustenance after the reckoning: 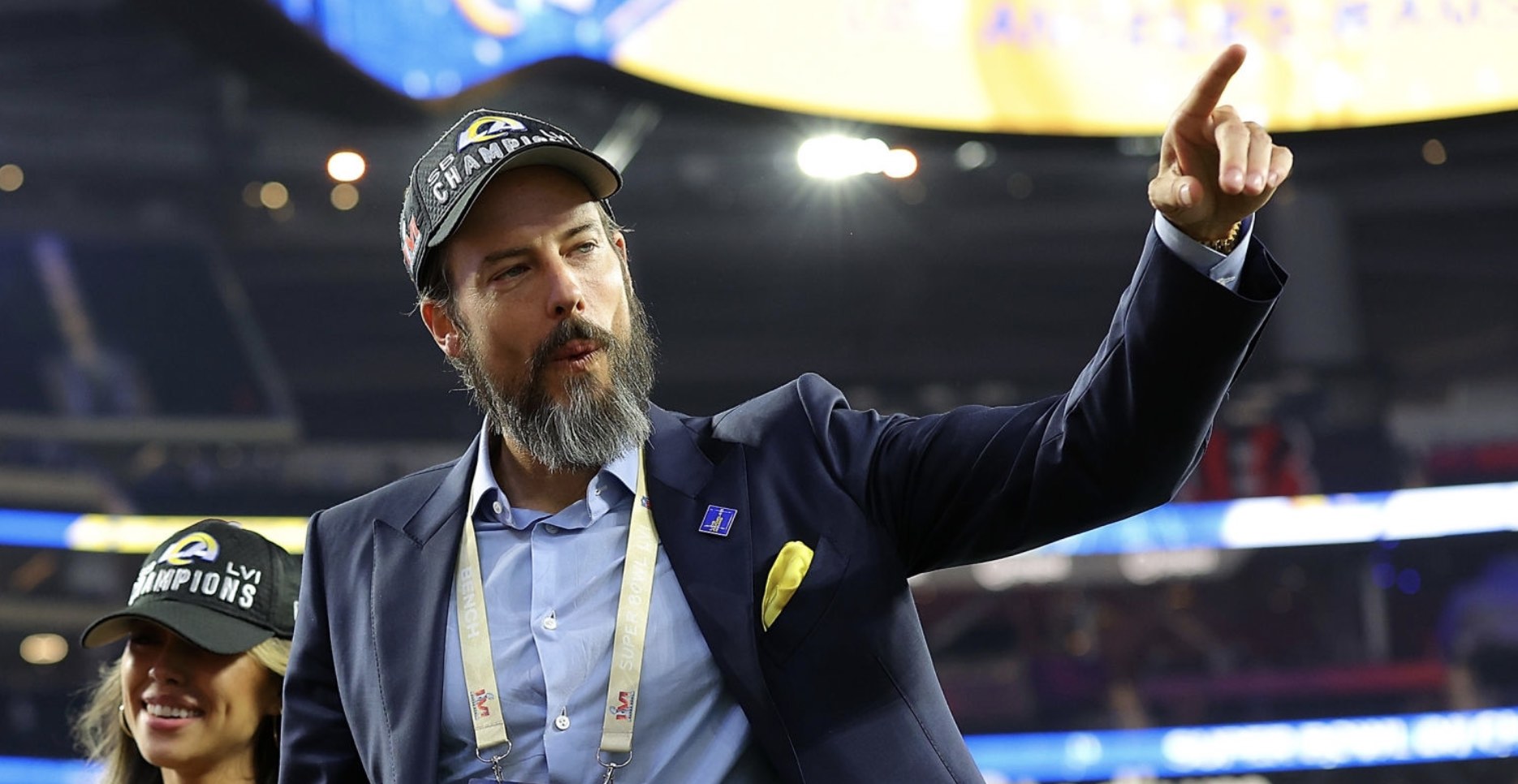 While Stan seemed happy as the main picture on today’s blog shows. One of the long-standing criticisms of KSE as owners – at least in my experience – is that they’ve presided over a lot of middling teams who don’t do very much, so to win one of the biggest prizes in sport is definitely a thing for them to celebrate.

Whether it changes the perception of them as owners, I have no idea. Those better placed to provide on opinion on this, please feel free to chip in on today’s Arses. I’m genuinely curious. Will it create the hunger for more success, and not just in American sports? Let’s see what this summer brings I suppose. Congratulations to Rams fans, and to those in Cincinnati, at least you have that wonderful radio station WKRP to ease you into the week ahead.

Right, that’s that for now. James and I will be recording the Arsecast Extra later on this morning so keep an eye out for the call for questions on Twitter @gunnerblog and @arseblog on Twitter with the hashtag #arsecastextra – or if you’re on Arseblog Member on Patreon, leave your question in the #arsecast-extra-questions channel on our Discord server.

Pod should be out by lunchtime. Until then, take it easy.

Previous articleSunday round-up: One rule for some …
Next articleArsecast Extra Episode 458 – 14.02.2022