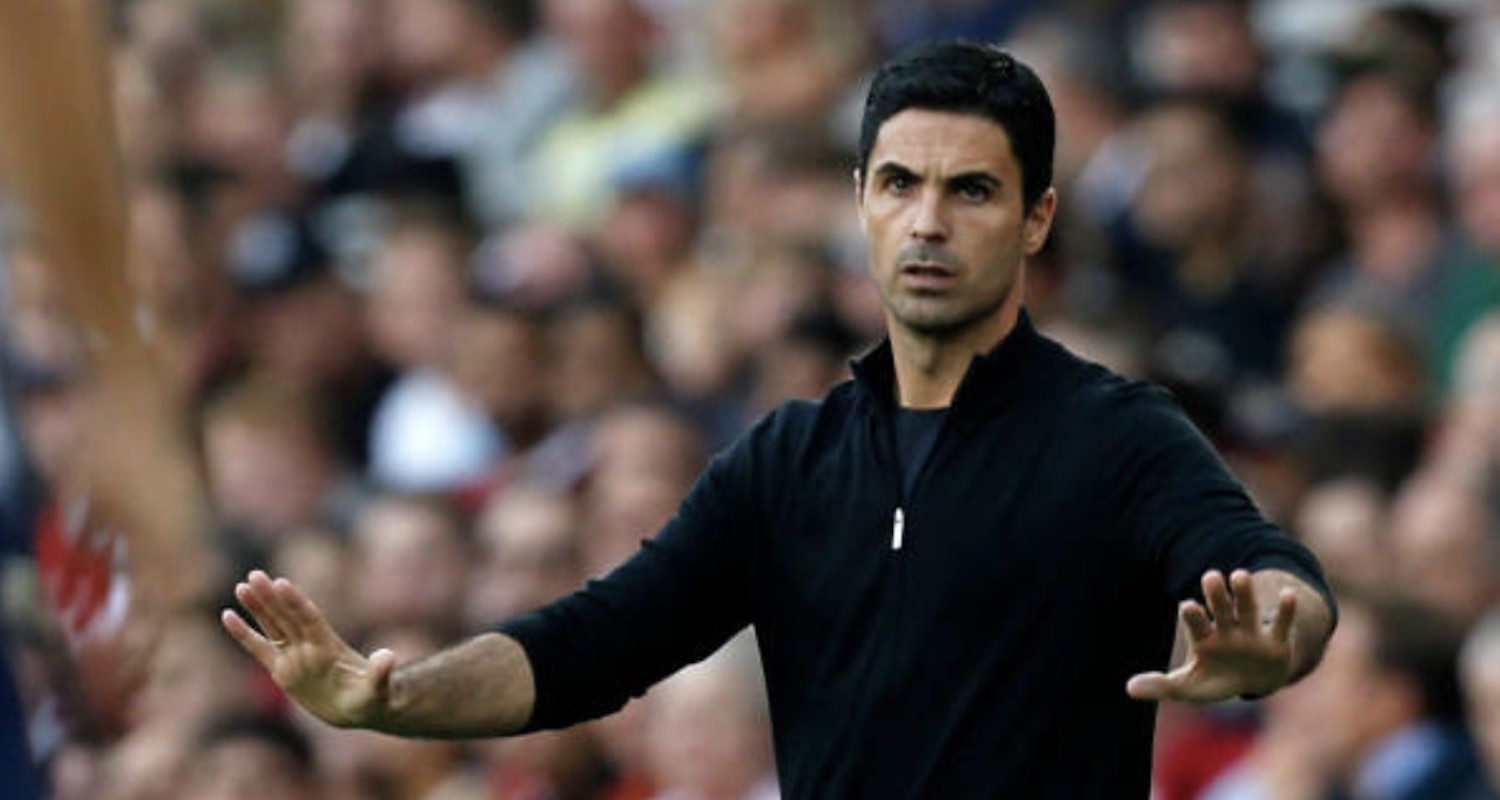 Welcome to a new week.

It remains quite difficult to assess this current version of Arsenal, but a point like an Interlull does give us a moment to try and do that. I say ‘this current version of Arsenal’ because I think there is a distinction. With six new signings, most of whom are playing a regular part, it’s different from last season, and in truth it’s quite different from the team that played the opening three games of the season.

It doesn’t mean that people can’t have their opinion on the manager or the football we play – he’s been here more than long enough for that. I’m not convinced that Mikel Arteta will ever give us a great deal more than we’ve already seen. Functional football, which at times can be quite exciting and burst into life, but for the most part it will be more of the same. It might get us enough points to challenge for a European place, but I don’t have much confidence that something will just click and be brilliant. I would love to be wrong about that though.

So, if we all accept that the first three games were bad, disastrously so, let’s look at the last little chunk and see what we can make of that.

I think if you’d offered people three wins and a draw from those four games, most would have taken that, especially if one of those wins was in the derby. Winning that game should offset some of the disappointment of drawing one of the others. From those, the Brighton game always looked the most tricky given the way they started the season, so in that sense we’ve probably reached most expectations for these games.

The arrival of a new right back has seen the previous incumbents, Calum Chambers and Cedric, warming the bench. You can’t hate handsome Cal, but I think you can say with some assurance that after this long at the club, he’s not taking you where you need to go in that position. Takehiro Tomiyasu had a tough night against Marc Cucurella on Saturday, but after a solid start to his Arsenal career, was always going to have a game where it didn’t quite go as well. I still think there was a solidity to his presence that helped defensively.

Ben White and Gabriel feels like a partnership which has the potential to develop into something which can be a mainstay of the team for years to come. It’s too early to say if it will, but at least it has a chance. In the last few years, it’s been like a patchwork quilt back there, bits and pieces sewn together to try and make something work, but without any real consideration of consistency. Some of the patches were terrible, so much so that we let them go for free last January, others not quite good enough to be more than back up, and then there was David Luiz.

When Laurent Koscielny had enough of what was going on and what was being demanded of him, we saw a player with an impeccable level of professionalism – and the captain remember – down tools to get away. I’d love to know what really happened, because it was so out of character, but there’s a corner of my mind which suspects something was engineered to bring about the signing of David Luiz. Nice guy, and all that, but for me completely the wrong kind of signing, and one which added to our stagnation. That summer we signed one centre-half who was too old, and spent a fortune on one who was too young (William Saliba).

You can’t build a defence around a player like Luiz, it was stupid to even try, and I’m glad he’s gone and we’re doing something different. He was the patchiest of all the patches, a very expensive patch too, but in White and Gabriel there has been some thought about what we need – not just in the here and now, but for the future too. I’m sure they’ll have their days when it doesn’t go as well as we’d like, but that was also true of our best partnerships back there, and at least that’s what they are: a partnership. It’s long overdue.

Three wins, a draw, three clean sheets, I can’t ask for much more.

He then went on to provide some unprompted analysis/self-criticism of his kicking, which was refreshing. Considering the manner of his arrival and the spotlight that was shining on him, the fee and all the rest, he’s had such a positive impact since coming into the team. Those three clean sheets were as much about defensive commitment as anything else, but on Saturday he produced a superb save when it was needed, and while it’s hard to quantify, he has absolutely changed the dynamic. That isn’t necessarily a criticism of Bernd Leno, who goes about his business in a much more considered way, but perhaps what Ramsdale brings is something that we didn’t really consider was missing.

We’re still not scoring as much as we should, but it does feel to me like there has been an improvement over the course of these four games in terms of our final third efficiency. Against Norwich, Burnley, Sp*rs and Brighton, we’ve taken a grand total of 63 shots. In the previous three games, we had 29, so there’s an improvement, but obviously the calibre of the opposition plays a part there.

We out-shot Brentford 22 to 8 in that game, before mustering just 6 attempts against Chelsea and a solitary effort in the Man City game. There have been signs that our attacking play is improving, we’ve seen a match-winning goal from Martin Odegaard, Smith Rowe and Saka played their part in the derby win, but this is an area which still has some way to go before we can go into games feeling genuinely confident about our chances of getting the goals we need to win.

It hasn’t been scintillating, but it has been effective. It’s a small platform on which to build, and with games against Crystal Palace, Aston Villa, Leicester and Watford before we play Liverpool (gulp), there’s a chance to continue the momentum after the Interlull. I think there’s a bit more character about this team now, and again – just to be clear – this is only based on those last four games.

Time for Arteta to take stock, and ensure he keeps it going after the break.

As ever, James and I will be recording the Arsecast Extra for you later this morning. Keep an eye out for the call for questions on Twitter @gunnerblog and @arseblog on Twitter with the hashtag #arsecastextra – or if you’re on Arseblog Member on Patreon, leave your question in the #arsecast-extra-questions channel on our Discord server.

Podcast should be out at lunchtime or thereabouts, so until then, take it easy .