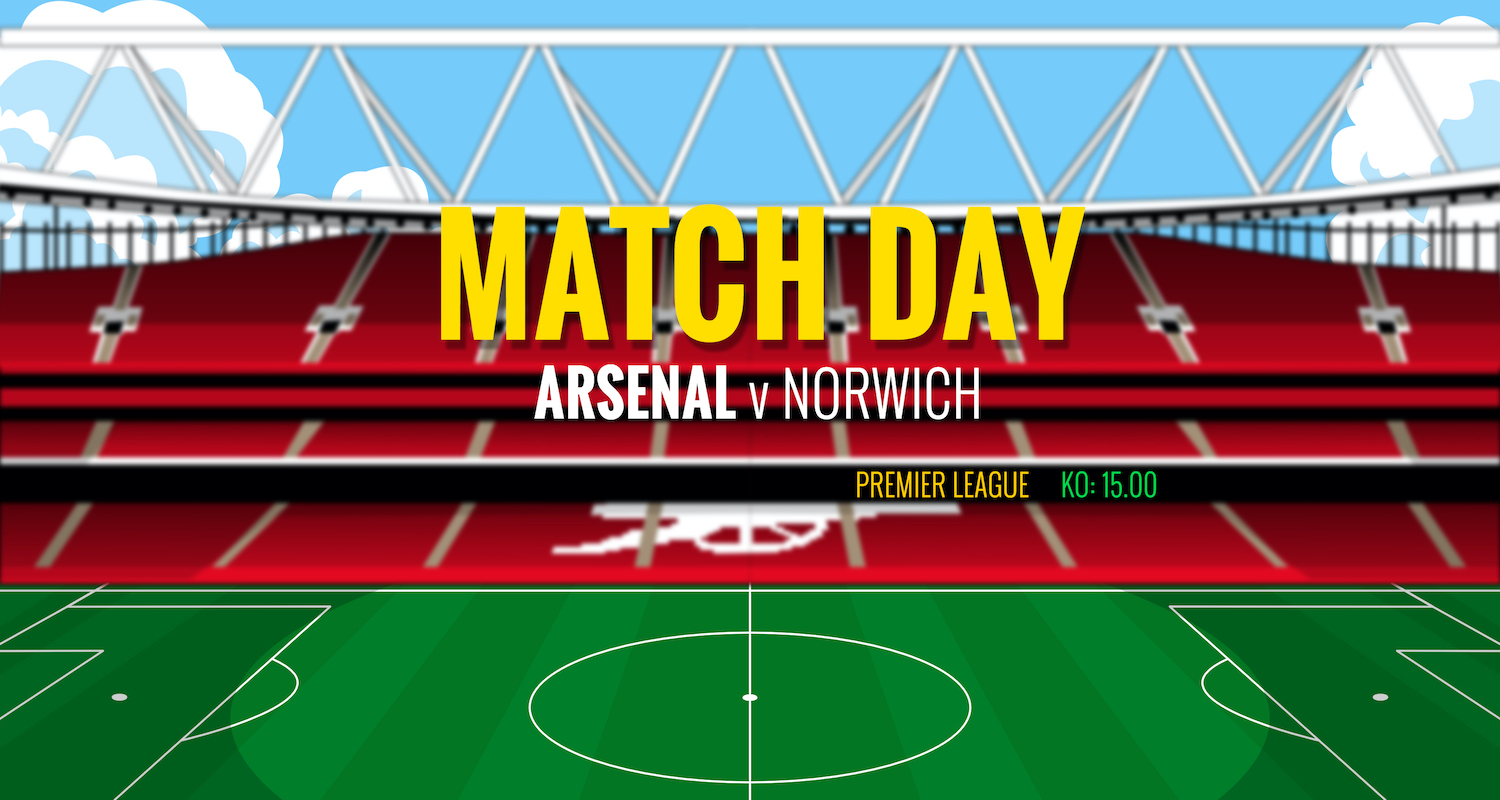 Right, time to get going.

That sounds like the end of a post, but it works here because it applies to Arsenal’s season. You don’t don’t need me to remind you where we are, you don’t need to be told how this is a ‘must win’, you don’t need an explanation as to why the pressure on today’s game is so intense – it’s all completely self-evident.

The only interesting thing is how Mikel Arteta is going to try and do it. Speaking about his squad in the build-up to this game and after the close of the transfer window, he said:

“We are in a much better place. I’m happy with what we’ve been able to do with the ideas that we had. Now it’s about getting the maximum out of that team.”

If there were some mitigating factors in the opening three games, injuries and Covid absences in particular, that’s no longer the case. The manager basically has a full squad to choose from, only Granit Xhaka is missing due to his suspension, and it’s a matter of personal opinion how much you feel that absence should worry us.

Thomas Partey, Gabriel and Ben White all return, and those are significant players to have back. We know how much the Ghanaian international can bring to midfield, but we now have to see it on a more consistent basis. He’s been unlucky with injury, but Arteta is clear that he sees him as an important cog in the machine, saying:

“He has to be the boss in midfield and one of the senior players that has to carry responsibility and lead the young players. We have been missing that big time.

“He’s a player that has that winning culture because he has won a lot in the game already. To have these kind of players in the team is extremely important. He has a huge role to play.”

We spent £50m on Ben White, and almost £30m on Gabriel 12 months ago. If that money was spent without a plan to make them a partnership that can work together I’d be very surprised. Both 23, they could be the bedrock of our defence for years if they develop well, but they need to start playing together. I expect to see them both start today.

Right-back will be an interesting choice, because you can see from the profile of Takehiro Tomiyasu exactly why he’s been signed. He’s not a right-sided Kieran Tierney, but someone who can tuck in, make that back three shape without having to sacrifice one of the central midfielders (the way Xhaka used to drop back), and he adds height and presence in the back line too. The only question about today is if it’s too soon for him. He only arrived this week and hasn’t had much time to train, but when your other options are the two players who have been hugely disappointing this season so far, the temptation must be to throw him straight in. At the end of the day, he’s 22, a full international, with 160+ senior club appearances to his name, not some kid who has barely ever played.

Albert Sambi Lokonga could be the Partey partner in midfield today, unless Arteta does something quite different – as discussed on the Patreon preview podcast with Lewis. It would involve him taking the handbrake off to an extent I’m not sure is possible given his inherent desire for control, but if there was a game to genuinely have a go at the opposition, why not this one? It’s not as if what we’ve been doing before has been so stellar we can’t possibly contemplate a change.

In essence, it would mean using Thomas Partey as a 6, play Martin Odegaard and Emile Smith Rowe as 8s, and then get Bukayo Saka, Nicolas Pepe and Pierre-Emerick Aubameyang ahead of them to cause the Norwich defence problems. It would still leave us with the likes of Alexandre Lacazette, Gabriel Martinelli, Eddie Nketiah and Folarin Balogun as attacking options from the bench, so we wouldn’t be shooting our entire load straight away, and if you need some midfield reinforcement, you’ve got Sambi there. I’d be surprised to see it, but pleasantly so all the same.

Regardless of the team he does pick though, it has to perform. It’s a 3pm Saturday game, the frustration and the pressure is palpable, but inside that stadium the fans will want nothing more than to see the team win. People talk a lot about how supporters can get behind a team, but a team can also give supporters plenty to get behind in terms of how they play, how they approach the game, the intensity they show in key moments, and so on. Ultimately, fan influence is tiny compared to those 11 men on the pitch and the man on the touchline who has prepared them for the game.

I don’t know what more I can say about this. Those who can absolutely compartmentalise those first three games and see this as a reset or a new start have my admiration. Personally, it’s not so much the results as the performances that worried me against Brentford, Chelsea and Man City, but I sincerely hope today the team can demonstrate a bit more Arsenal, because what we’ve seen until now is so far removed from what should be acceptable for this club.

Leaving aside doubts or questions about the manager, all I want to do is see this team win games – everything else will follow from that. Let’s see a team that is energised, set-up well, and capable of playing football which can generate results and be enjoyable at the same time. I think it’s going to take a little while to build any kind of momentum, but the forward motion has to start today.

As ever, we’ll have live blog coverage for you, and all the post-game stuff on Arseblog News.