Over the summer there has been plenty of discussion around Arsenal’s transfer strategy. With Ben White (23), Martin Odegaard (22), Takehiro Tomiyasu (22), Nuno Tavares (21), Albert Sambi Lokonga (21) and Aaron Ramsdale (23) all purchased during this transfer window, the idea to bring the average age of the squad down was so obvious that even a well-paid Sky Sports pundit couldn’t fail to notice it.

For the benefit of those that struggled to decipher the startlingly obvious, Arsenal’s Technical Director Edu Gaspar fronted up to the cameras last week, cracked out the crayons and the hand puppets and articulated it one more time. “We signed six players who are under 23, which means a lot in terms of our planning…Why did we do that? Because we have a reason to try again to create a good foundation.”

The idea to make the squad younger is a good one and also a very simple one. You shouldn’t need to give absurd contracts to Cedric and Willian before you realise it’s a bad idea any more than you should need to thrust your hand into a blazing oven before you understand that it’s not a bright idea. But we are where we are. 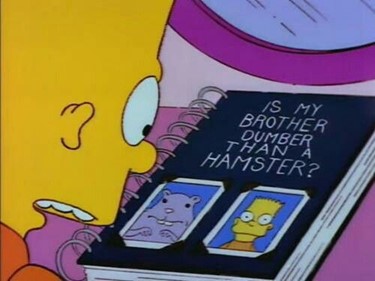 Arsenal have travelled the youth project avenue before and they have all the PowerPoints to prove it. There is a distinction this time, however, compared with the early Emirates Stadium years when Arsene Wenger reasoned that the best way to compete during the credit crunch of stadium debt was to build a team of young players from around the world.

Young players are cheaper, generally speaking, certainly in terms of salary. Arsenal ran into problems with the original Project Youth blueprint when they started extending player contracts at inflated fees. Denilson, Bendtner and Diaby’s second contracts were burdensome ultimately, not their initial terms.

when we signed them:

we skipped signing a few old guys here and there. which was good! but this is hardly the first time we’ve gone young, and it’s hardly a guarantee.

I think there is a sense of salary equalisation in effect with this summer’s purchases which makes a lot of sense. However, making the squad younger is the easy part. The difficult part, as Arsene Wenger discovered, is assessing potential correctly. Arsenal have signed those six players on the understanding that they are yet to reach their respective ceilings.

The divergence between Mikel Arteta’s personal timeline to rescue his job and the time it will take for this group of players to reach their potential are probably not in synch. That is not the Technical Director’s problem, of course. His job is to secure the future. That said, Edu will be judged on the same terms as Arteta, even if the timeline for those judgements does not synchronise totally.

Getting younger is easy. Getting better is difficult. The range of outcomes for a young player is broader than it is for a player in their prime, it’s that simple. As we saw during the original Project Youth, even the most talented young players don’t realise their potential for a multitude of reasons.

The range of outcomes is smaller for players in their early 20s than those in their teens but essentially, a hell of a lot is riding on the assessment of the likes of Ramsdale, Odegaard and White in particular. These were the expensive buys and the players who will form the spine of the team- in White and Odegaard’s case that will be immediate, Ramsdale might have to wait a short while.

Those players in particular have to be really good now and great eventually. Lokonga is a more medium term ‘bet.’ Tomiyasu is an exterior player but another who has to be good enough to strengthen the first eleven now. In many respects, it doesn’t really matter how good Tavares is, because he has been brought in to understudy a key player.

The chances of Tavares supplanting Kieran Tierney are slim, so he either ends up being good and leaving because he is bored of not playing, or else he ends up being bad and Arsenal try to sell him back to Portugal in a couple of years. It is unlikely Tavares will ever sign another contract at Arsenal (there again, Calum Chambers has been at the club for over seven years now…)

Arteta and Edu don’t have an outstanding track record when it comes to assessment of talent. They misidentified the attributes of Cedric and Willian (possibly even Pablo Mari), they signed Pierre Emerick Aubameyang to a big new contract and then demonstrated no real plan for how to use him. They dithered in their assessment of Ainsley Maitland-Niles, Reiss Nelson and Eddie Nketiah and left a lot of valuable sales money on the table as a consequence of that indecision.

Arsenal fans have to hope that with a more defined strategy comes more clear-headed talent identification. Sending Joe Willock onto a suitable loan deal before cashing in their chips for a good price this summer is, hopefully, a baby-step in the right direction and ought to end the paralysis Arsenal seem to experience when it comes to selling players.

Edu also pointed to the need for more senior players to coalesce around this young core. “We have five senior players in the squad and in the first XI in Bernd Leno, Granit Xhaka, Thomas Partey, Alexandre Lacazette and Pierre-Emerick Aubameyang.” The issue, of course with the players Edu name checked is that Arsenal would have seriously entertained a good offer for four of them this summer.

I have seen a lot of criticism of the senior players for their lack of leadership last season, while younger players like Saka and Smith Rowe were left to carry the team. I think there are two issues here. First of all, it’s probably very difficult for a player between 29 – 33 to motivate themselves to oversee a youth project that probably has the (unstated) ambition to get back into the top six. It’s not an exciting project to provide the coda on one’s career.

However, in the main I think there has been a conflation here between leadership and quality. The experienced players did not lack leadership, they lacked quality. Nobody bemoaned Pierre Emerick Aubameyang’s leadership when he was scoring the goals to win Arsenal the FA Cup in 2020.

Nothing changed for him in pure leadership terms in 2020-21, he just wasn’t as good (for a multitude of reasons, most likely). Willian wasn’t a bad “leader” he was a bad player. Edu did not namecheck the likes of Rob Holding, Calum Chambers and Cedric Soares in his leadership group and it’s not because they are inferior “leaders” to the players that he did mention, it’s that they are inferior players.

Ultimately, for all the talk of strategy, youth, experience, leadership- all worthy, necessary things in their own right, they are all enormously over-indexed in conversations about squad building. It’s mainly about talent, that’s the bottom line. Smith Rowe and Saka are not leaders, per se, they just happen to be among Arsenal’s best players.

They didn’t really need a 29-year old teammate puffing them up or slapping their backs to reach that perch, they did so because they are good. Talent elevated them, youth alone wasn’t enough to win Reiss Nelson a place in the team and experience alone has not been a good enough reason to pick Cedric. Talent will be the deciding factor of Arteta and Edu’s project. Let’s hope they’ve assessed it correctly in their summer recruits.