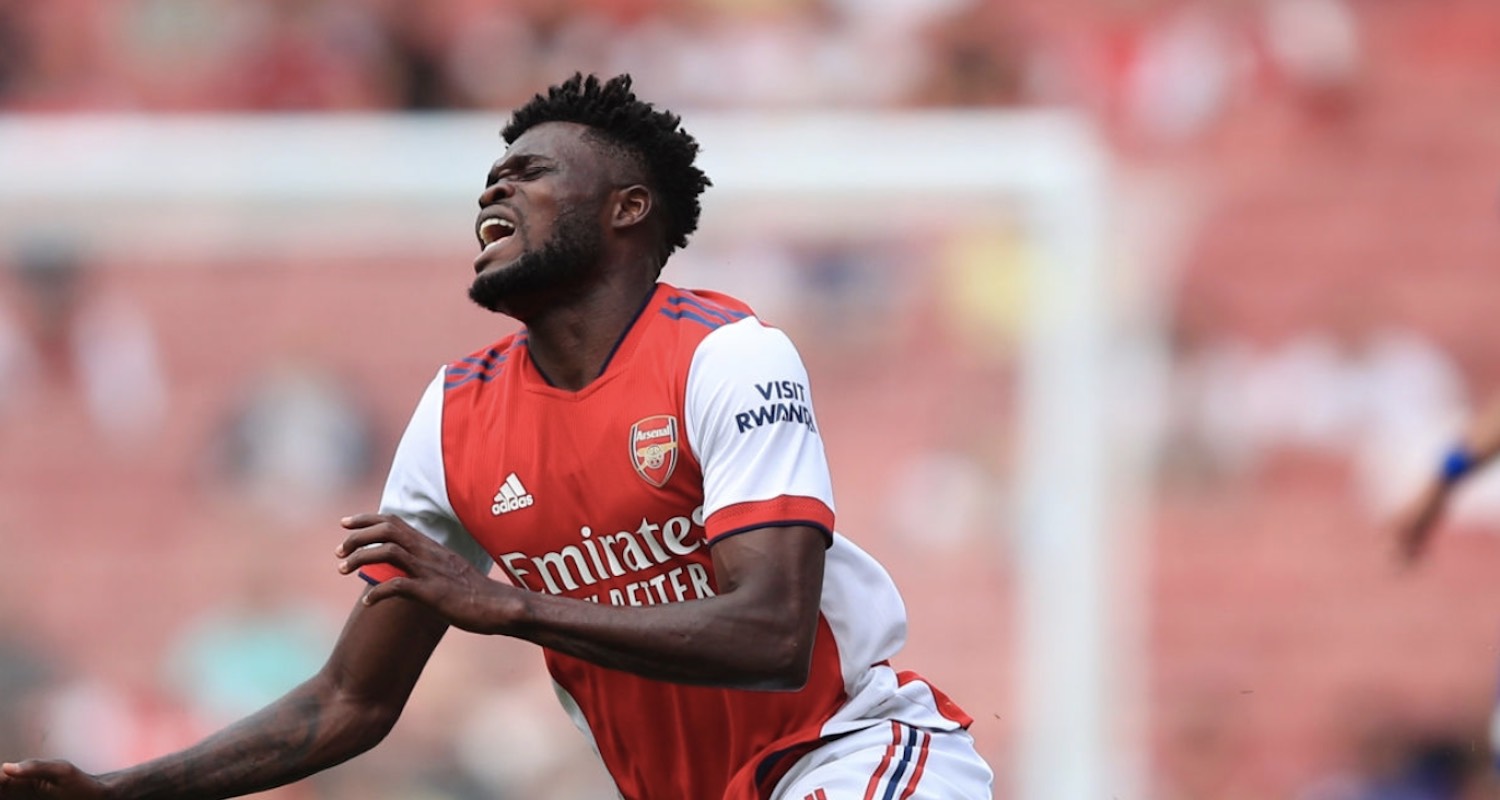 Thomas Partey looked really good during yesterday’s pre-season game with Chelsea. The midfielder stood out with some delicious turns, and his impact on the game was really positive.

I was thinking to myself that not bringing in the top-level midfielder to play alongside him would be a real failure in terms of this summer’s transfer business, and then he got injured in a challenge. Ruben Loftus-Cheek clattered him, Partey’s ankle went all bendy, and despite trying to carry on, he had to come off a couple of minutes later.

I just had a talk with the doctor. He’s going to have a scan tomorrow and at the moment it’s not looking good because he was in pain and he could not continue which, for Thomas, is pretty unusual.

That doesn’t sound good, and if we think it’s bad news for us as fans, it’s very bad news for a manager who needs to get his team off to a good start next season. The Ghanaian’s importance is obvious, what he brings to midfield isn’t easily replicated by other players in the squad, and to go from day-dreaming about a quality addition to play alongside Partey to hoping he’s not out for too long is quite the come down.

As it stands, and if the injury sidelines him for a few weeks, Arsenal could start the season with a midfield pairing of Granit Xhaka and Mohamed Elneny. After two successive 8th place finishes, that would be hugely, hugely underwhelming, to say the least. How on earth can you convince people that you’re driving change and improvement when you start a season with a midfield pairing that has never been fully compatible, and which, with all due respect to them, should have played together for the last time a couple of years ago?

Some might bemoan the bad luck or criticise the challenge, but let’s remember, Mikel Arteta is the manager of this football club, and part of his job is squad building. Albert Sambi Lokonga looks like a nice addition to the midfield, but we’ve needed another central midfielder all summer long and it hasn’t happened yet. The season starts in just over 10 days.

The news that Xhaka will be staying at the club complicates things too when it comes to a signing. We have a lot of players in the squad. There’s no sign of Lucas Torreira either. I asked when he might be back, and while some vagueness from the press office isn’t unusual, that they were unable to give me a date doesn’t make me think it’s any time soon. As I said the other day, Xhaka staying, making a good signing, and moving Elneny on actually makes the squad stronger, so it’s not impossible to improve the team, but that seems fanciful.

So, let’s hope it’s not too serious an injury. Either way though, it’s the kind of scare which should make Arteta, Edu etc, laser-focused on the market. We all know it’s difficult etc etc, but it is their very handsomely paid job to deal with that. Dropping early points because we couldn’t do the most obviously important thing in the transfer market this summer – i.e buying the central midfielder everyone knows we need – won’t be excused by taking about how challenging this window is for doing deals.

Elsewhere, Pierre-Emerick Aubameyang remains determined not to use up any of the goals he has left in him during pre-season, saving them for the games that matter. I kid, of course, and it’s becoming a little bit of a worry. At least he is getting chances though, and while the result yesterday wasn’t favourable, we should at least have had a draw after Joe Willock’s shot clearly crossed the line. There were also those Auba chances I mentioned, Emile Smith Rowe hit the post, and we should have had a first half penalty too, so if you’re looking for positives from yesterday, that’s what we’ve got to go on.

Defensively though … ooof. I didn’t enjoy Chelsea finding all that space in behind us so easily. I don’t quite know what was going on, but it wasn’t good. Rob Holding in particular looked like a man being asked to do a job he wasn’t comfortable with. He’s not a push forward centre-half, he’s a kind of old fashioned stopper. It wasn’t entirely on him, because the team’s shape didn’t help. Perhaps it was some kind of experiment by Arteta to see what would happen if we played that way, but I don’t think you need to be a tactical genius to make a good guess. Chelsea’s second came from a dreadful Hector Bellerin pass, those kind of individual errors continue to cost us.

Bernd Leno looked … rusty, shall we say? It’s like something has happened to his passing game. It was never his strongest point, but it wasn’t as bad as this. His decision making is terrible. He looked like Petr Cech wearing wellies after someone dropped an anvil on his head. Not great at all, but the only thing you’d say is that he’s just back in training and perhaps has a few cobwebs to blow away. Arsenal continue to seek a signing in this area, and while many have reservations about Aaron Ramsdale, Leno needs to feel the heat of competition and fast.

On the plus side though, we saw the new £50m man, Ben White, who made one fantastic block to prevent what should have been an easy Chelsea goal. Talk about getting him up to speed fast. He just needs to be brilliant on the ball, impeccable in the air, unbeatable in the tackle, and capable of rescuing potential lethal opposition attacks every few minutes. No pressure, Ben.

Next up, a big week on the training ground ahead of another daft London derby in pre-season. I really don’t like these games at all. You want them to be competitive, but there were a couple of challenges yesterday which felt almost deliberately strong to do damage to some of our best players (Kieran Tierney was taken out by one not long after Partey got injured).

We also need a big week in the transfer market, but whether anything is close or likely to happen, I just don’t know. What’s clear is that we need to get moving, with some departures badly needed alongside the kind of additions which actually improve the first team. Tick, tock.

James and I will be recording an Arsecast Extra for you early this morning. Keep an eye out for the call for questions on Twitter @gunnerblog and @arseblog on Twitter with the hashtag #arsecastextra – or if you’re on Arseblog Member on Patreon, leave your question in the #arsecast-extra-questions channel on our Discord server.

Partey on a school night?!